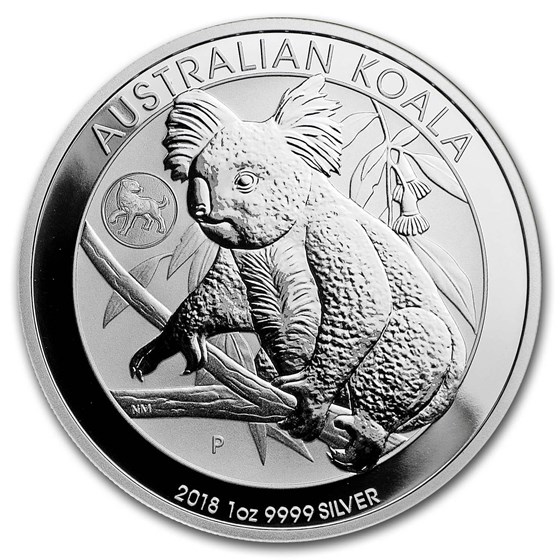 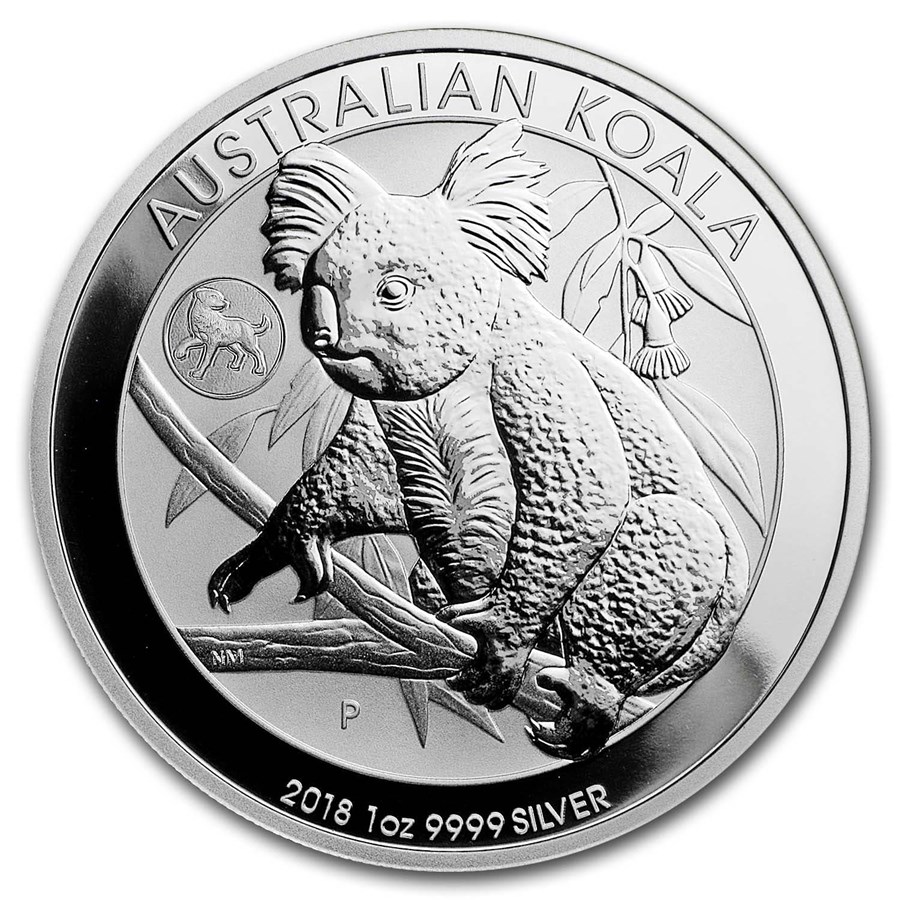 This program is expected to mirror the popularity of the Kookaburra Lunar Privy program, which began in 2012 with the Lunar Dragon Privy coin, and has since grown into a highly collectible coin series from the Perth Mint. This Dog Privy is limited to a mintage of 15,000 coins. While other Privy coins exist of the Kookaburra and Koala, the Lunar Privy mark is the staple program that investors and collectors can count on each year.

Coin Highlights:
Protect and display your Silver Koala in style by adding an attractive presentation box to your order.

Koalas are loved around the world, and now you can bring home your very own Silver Koala. Add this 2018 1 oz Silver Koala with a Lunar Dog Privy to your cart today!

Beginning in 2007, the Perth Mint introduced the Silver Koala series in both Gold and Silver. Each year features a different design of this animal that is so strongly associated with Australia.

Silver Koala Privy coins were first introduced in 2012, and the Koala series as a whole has been widely popular since its inception. The Koala, along with the Kookaburra, Lunar Series, and Kangaroo form what has continued to be a robust line of high quality bullion products from the Perth Mint of Australia.

When early European settlers first encountered koalas in Australia, they thought the tree-climbing animals were monkeys or bears. Even though they're still referred to by some as "koala bears", they're actually marsupials like kangaroos and wombats.

Koalas have special physical characteristics that complement their tree-dwelling lifestyle. They're able to grip branches and pick eucalyptus leaves with their two opposable digits, and their tough skin and sharp claws provide traction in climbing. They even have extra thick fur on their seat so they can sit comfortably on branches for hours. Unique to Australia, these animals are a perfect theme for an iconic coin series.