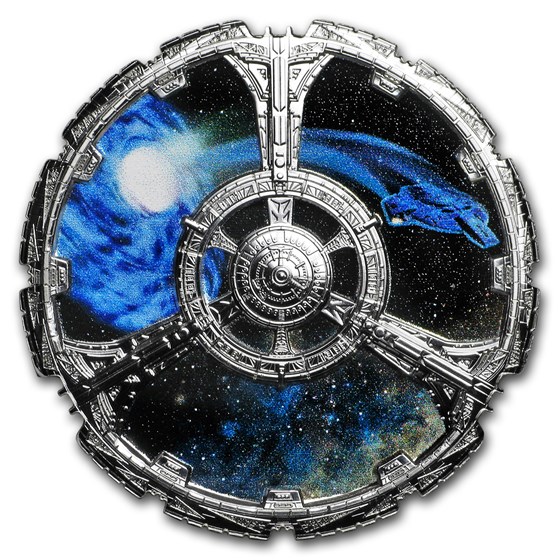 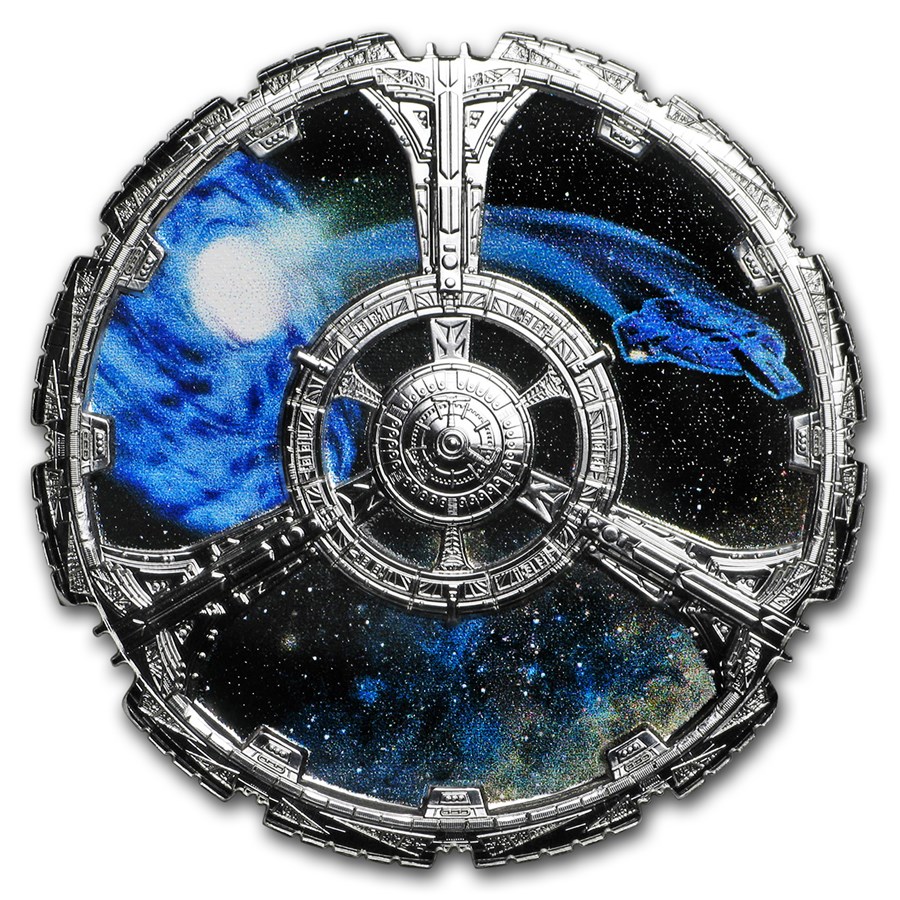 Your purchase will match the quality of the product shown.
Product Details
Product Details
Celebrating 25 years of Star Trek: Deep Space Nine, this special collectible is the latest addition to the continuing tribute to the pop culture phenomenon that is Star Trek, whose spirit of exploration and innovation continues to inspire millions.

From Gul Dukat’s machinations to the Dominion War, Star Trek: Deep Space Nine™ set itself apart with season-spanning story arcs and character-driven plots that resonated with Canadian fans. The sci-fi series’ eponymous space station gives shape to this 25th anniversary celebration, which mixes color and engraving to provide an out-of-this-world view of the series’ galactic setting.

This coin would be the perfect gift for any Star Trek collector. Add this truly unique Deep Space Nine coin to your cart today!

Within the coin’s uniquely shaped contour, the reverse design features a highly detailed, engraved rendering of the space station from Star Trek: Deep Space Nine™. Officially classified by Starfleet as a “hybrid planar-columnar tri-radial structure,” Deep Space 9’s shape is defined in part by an outer docking ring that lines the coin’s edge, which is punctuated by 12 docking ports and a series of thrusters. Another defining feature, the towering docking pylons extend towards an inner habitat ring, which is linked to a spherical-shaped central core. The station’s placement allows for a largely unobstructed view of the full-color image that fills the field, where the Bajoran wormhole (top left) adds a bright swirl of color to the snapshot of the Bajoran system. A different view of the series’ galactic locale is featured on the obverse, where a fine color outline augments the engraved legend.