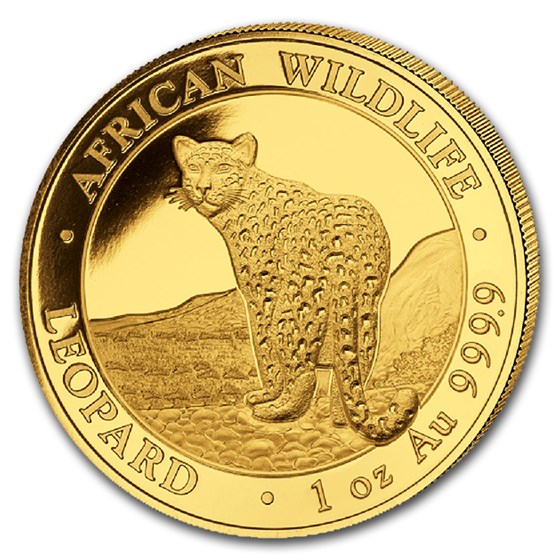 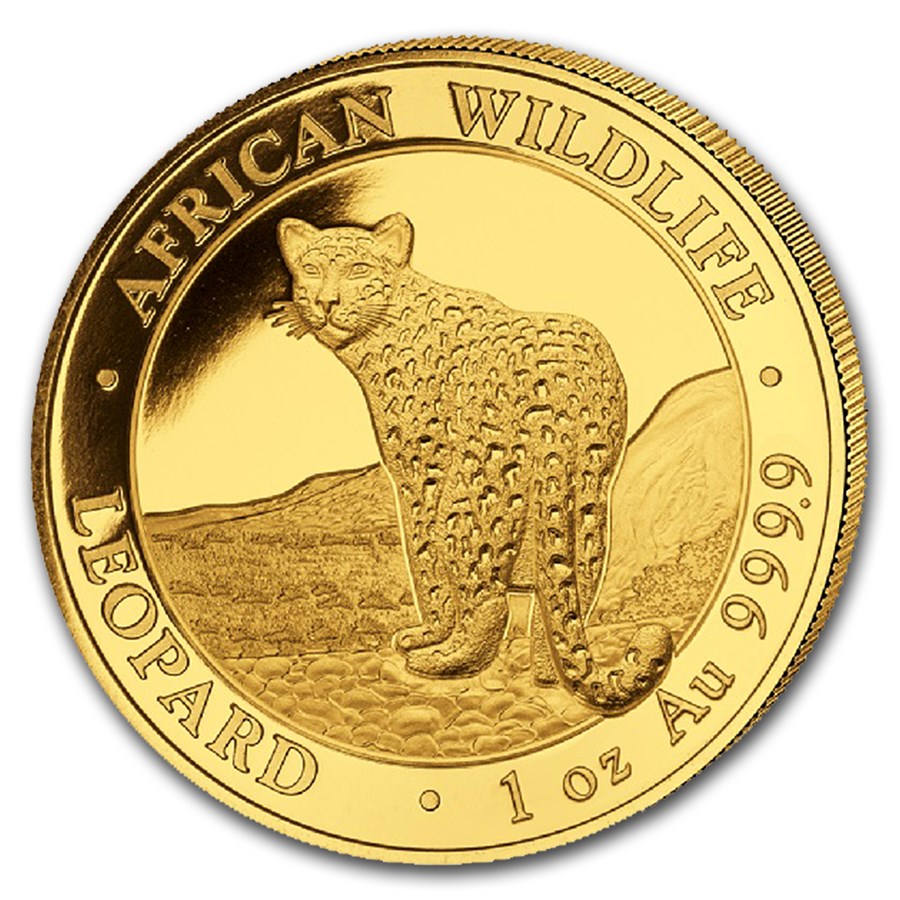 Your purchase will match the quality of the product shown.
Product Details
Product Details
The African Wildlife series has always been known for its depiction of the elephant and now it has expanded by adding a coin depicting a leopard. This North America APMEXclusive® has a mintage of 1,000 worldwide.

Leopards tend to favor rocky landscapes with dense bush and riverine forests, but they have also shown to be highly adaptable to many places in both warm and cold climates.

Coin Highlights:
Protect and display your coin in style by adding an attractive presentation box to add to your order.

This is the first year for an additional coin to be added to this very popular African Wildlife series. Add this 2018 1 oz Gold Somalian Leopard coin to your cart today!

The African Wildlife series, depicting an Elephant, has been popular for 15 years and this addition to this series will be no different.

The key to this coin is the limited production as well as the 39mm diameter of the coin. The premium over spot will only increase over time as people realize the beauty of the coin. Thank you

Wow.. I did switch the capsule to a black gasket air tite. Absolutely beautiful. Can look at it for hours. Love the 39 mm diameter. With only a 1000 available, its a no brainer.

Delighted to get in on the very first Leopard design in the Somalia African Wildlife series. Beautifully depicted Big Cat is a great choice and the low mintage really ads to the appeal. Terrific coin!