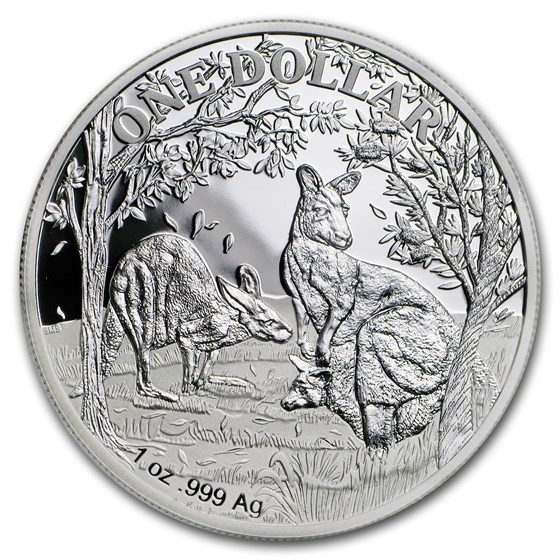 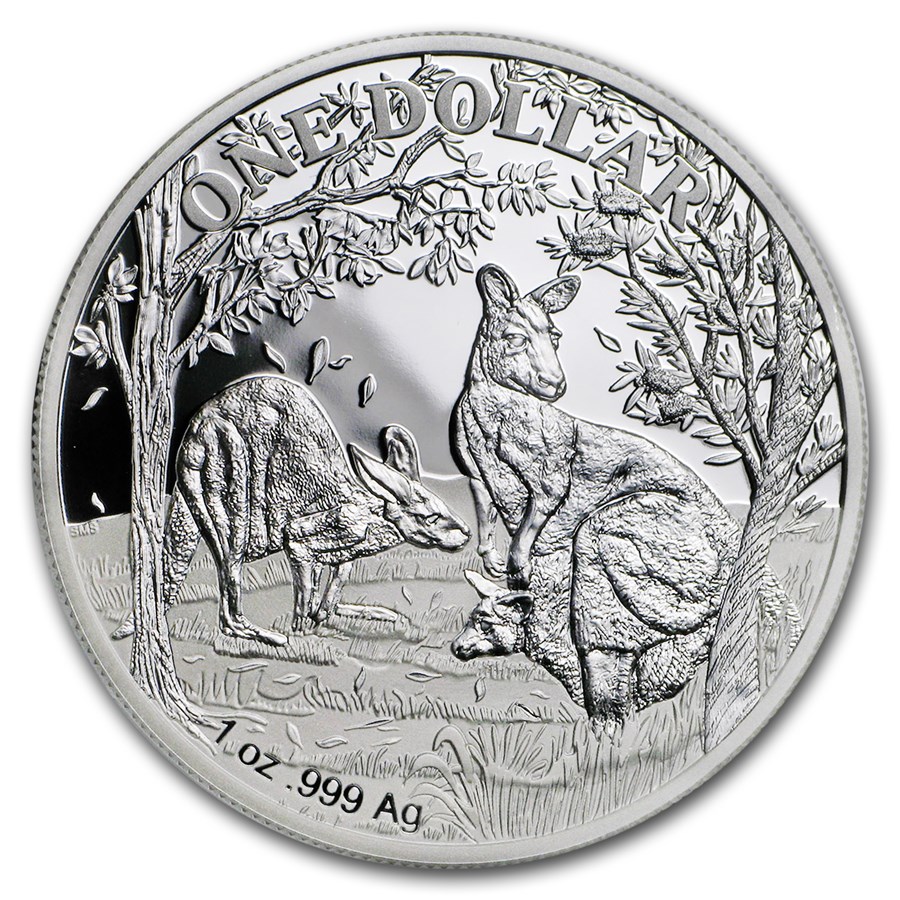 Product Details
Product Details
This is the fourth coin in the series "Seasons Change". Before they captured the hearts of generations of Australians, kangaroos caught the attention of early explorers.

Coin Highlights:
These curious creatures were depicted in words and artworks which seem inaccurate today, but are filled with the beauty of these animals capturing people’s imaginations. Add this beloved 1 oz Proof Silver coin to your cart today!

This coin from the Four-Coin series featuring the Eastern Grey Kangaroo. These beloved animals can be found in the eastern states of Australia, and are one of the larger breeds. The series began in Winter, featuring a joey staying warm in her mother's pouch. Now, the final coin is set in autumn, now shows that same kangaroo grown, with her very own joey, completing the cycle of nature.

Very Pretty coin. Display box is very nice as well. I have only one con. Adult Kangaroos are very detailed, but I really had to look closely to see Joey in the pouch. That disappointed me a little.