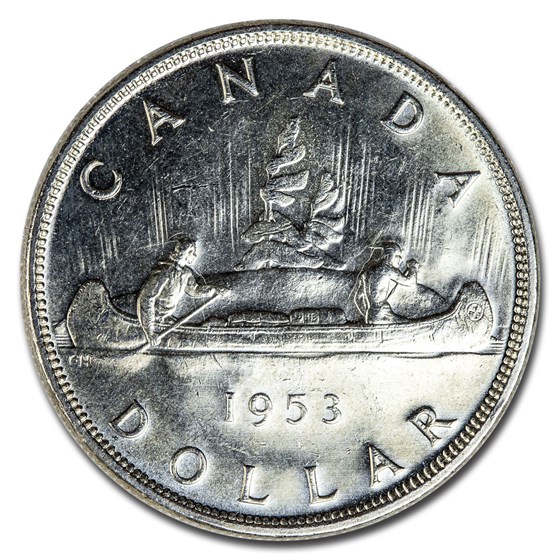 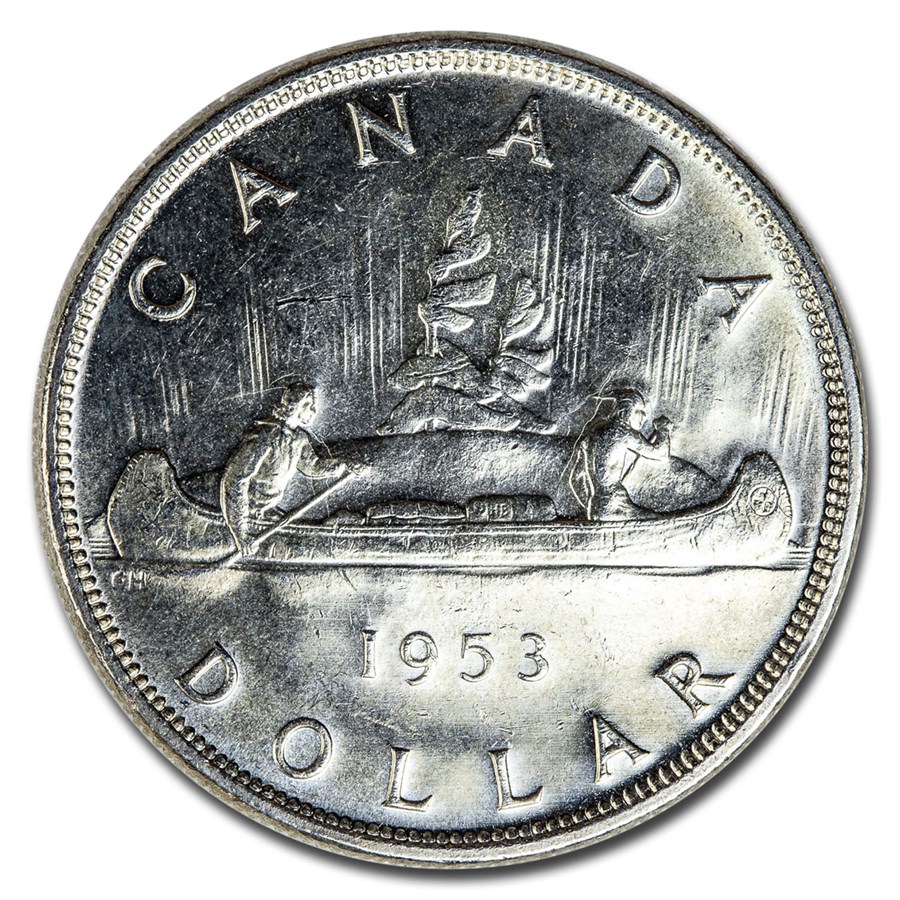 Product Details
Product Details
1953 marked the first Canadian dollar featuring the bust of Queen Elizabeth II. The reverse depicts a pair of traders in a canoe with the Northern Lights in the background.

Add this Canadian Silver Dollar coin to your cart today!

When the first issue of Elizabeth appeared in 1953, it was quickly noticed that her shoulder appeared to be bare. It was not actually bare as there was a faint shoulder fold present but it was engraved so shallow that it was normally not visible on most coins. This appearance was considered inappropriate. New dies were made with the shoulder fold of cloth deeper into the die making it more pronounced, and at the same time some of the letter forms were changed slightly. This resulted in two varieties, SF and NSF, of the 1953 Silver dollars. Coins in this listing are considered with no shoulder fold, making them an NSF variety.