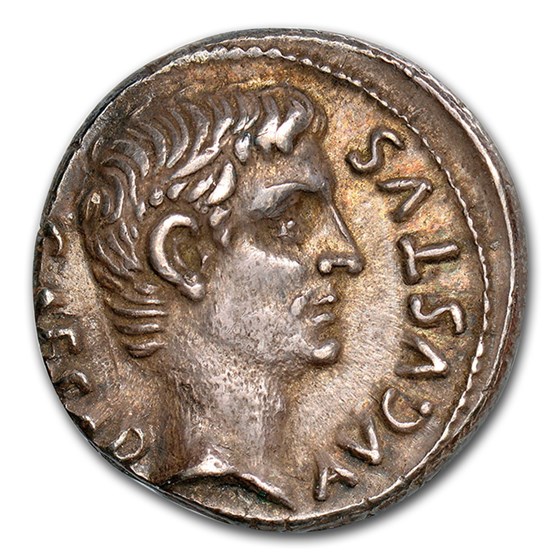 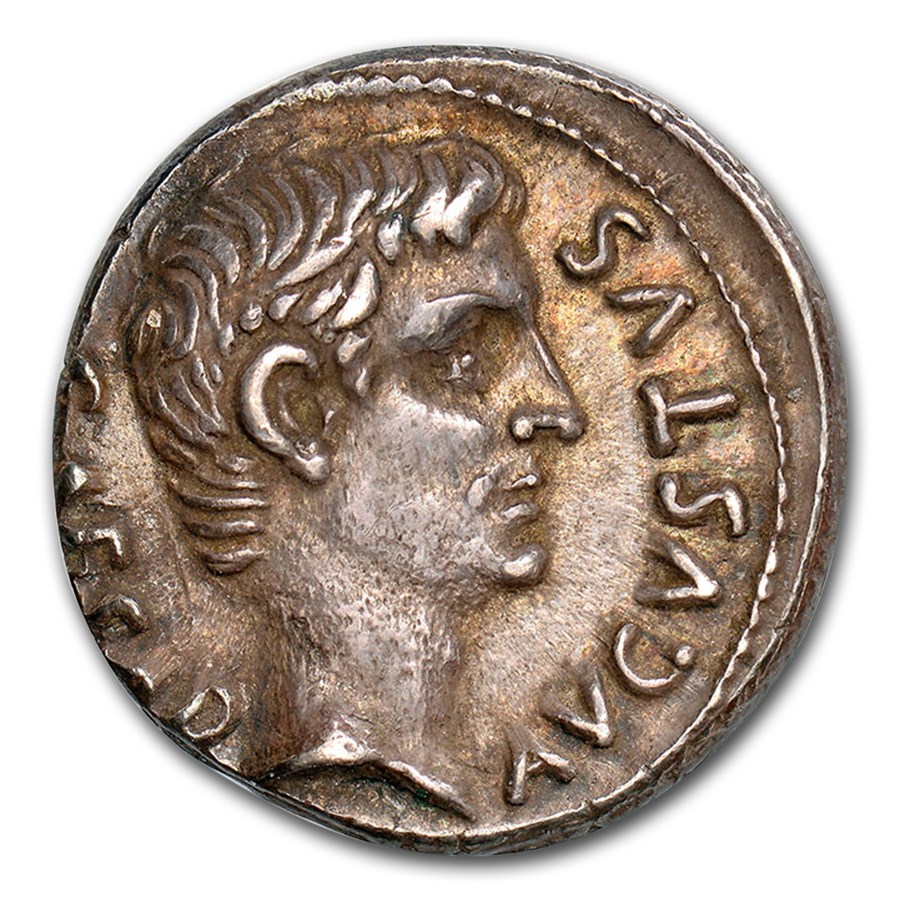 Your purchase will match the quality of the product shown.
Product Details
Product Details
Certified ancient Roman Silver Denarius of Emperor Augustus, first emperor of the Roman Empire who reigned from 27 BC-14 AD. This coin has several sacrificial implements displayed which harken to the important religious traditions of Rome's legacy.

Display your Ancient Silver Denarius in style by adding a presentation box to your order.

Ancient Silver makes a unique addition to any collection. Add this Roman Silver Denarius to your cart today!