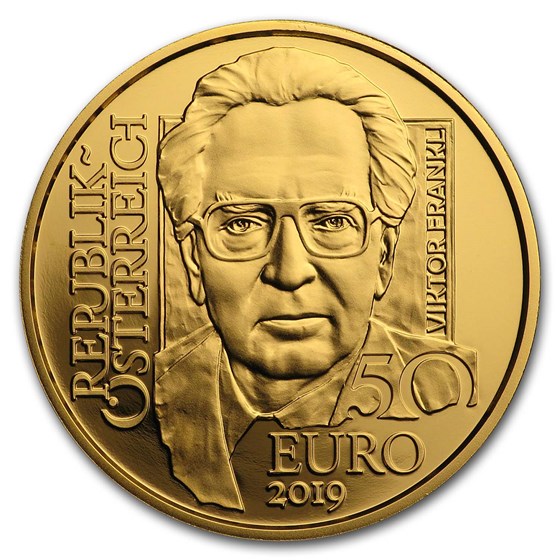 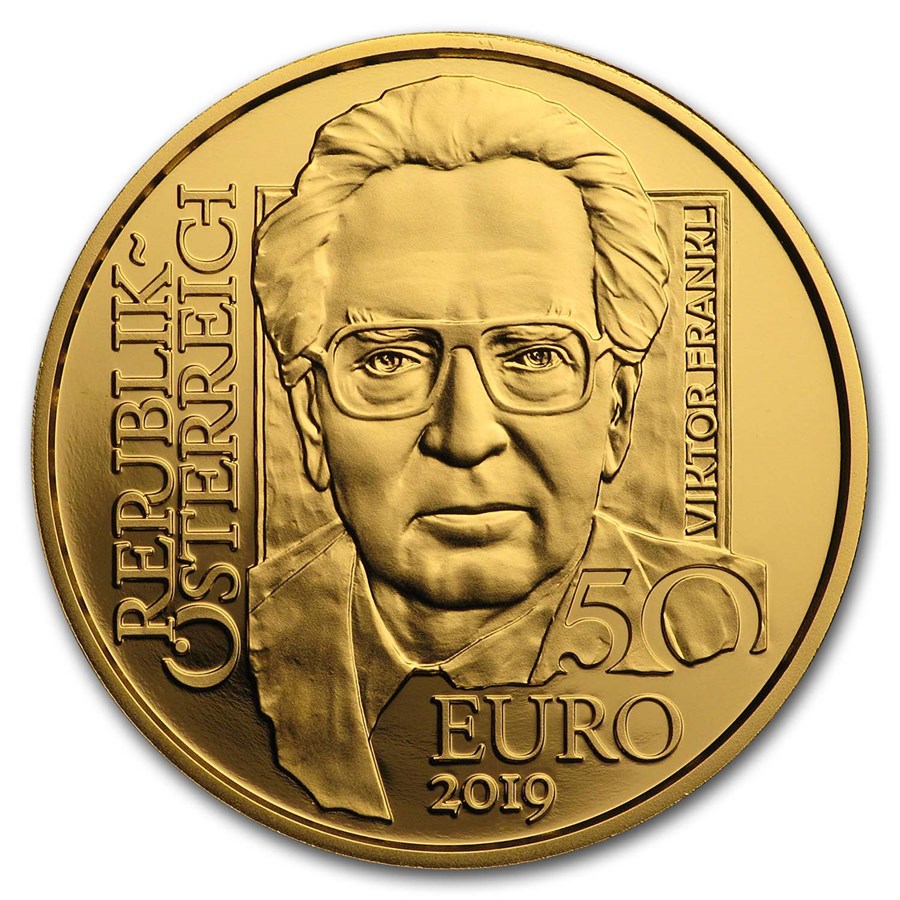 Product Details
Product Details
The third and last coin in the enlightening Vienna Schools of Psychotherapy Gold series is dedicated to Viktor Frankl (1905-1997).


Give a gift that will truly last a lifetime. Add this 2019 Austria Gold Proof €50 School of Psychotherapy (Viktor Frankl) coin to your cart today!

Born in Vienna in 1905, like Sigmund Freud and Alfred Adler before him, Viktor Frankl was of Jewish heritage. But unlike the founders of the two other Vienna Schools of Psychotherapy, Frankl lived through the darkest moments of the holocaust, during which he was interned in four different Nazi concentration camps, including Auschwitz. His parents, brother and first wife lost their lives in the camps, but Frankl survived and, not long after his release, published his account of his experiences in the concentration camps in the form of Man's Search for Meaning. The book recounts how Frankl discovered the importance of finding meaning in all forms of existence and, this, a reason to continue living. That is a combination of two basic principles of logotherapy, the fact that we have freedom to find meaning in what we do and what we experience, however terrible, is the third.