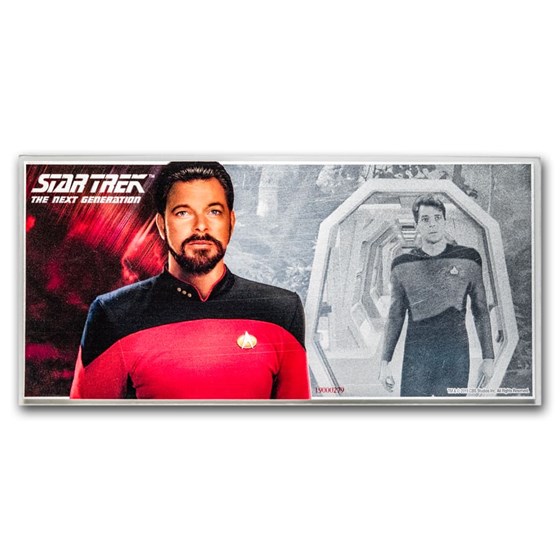 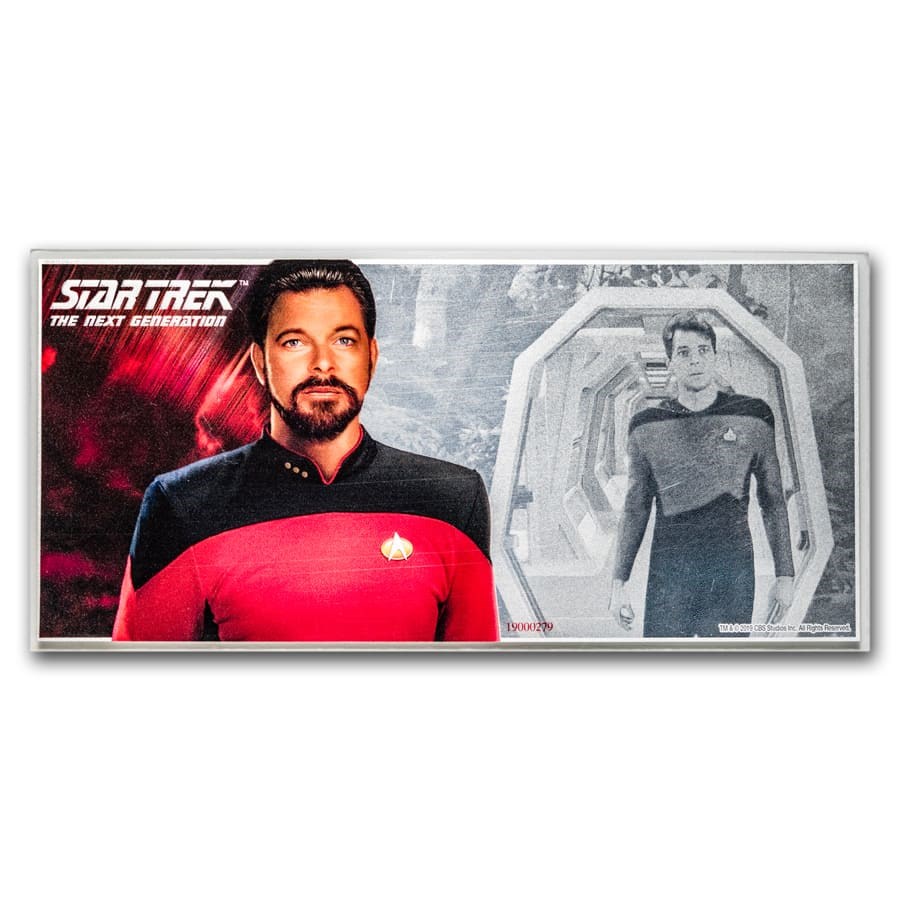 To boldly go where everyone has gone before! this is a great collectable for the STNG fan. the quality of the image of Jonathan Frakes as "Riker or #1" is very becoming. with both the beard and the when he first appeared in the pilot clean shaven on the hollo deck where he meet Data for the first time. so the word is Make it so #1.