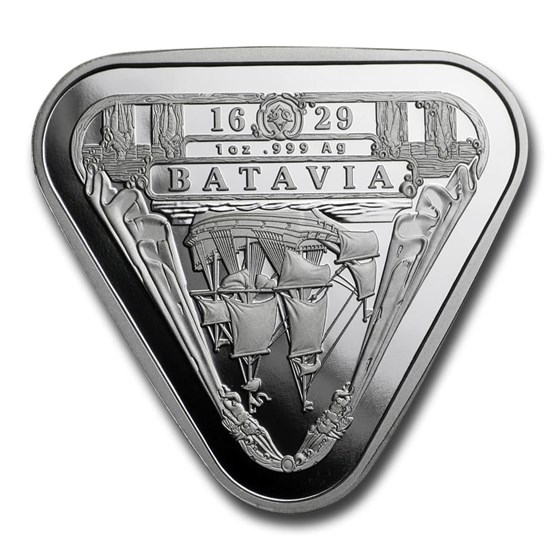 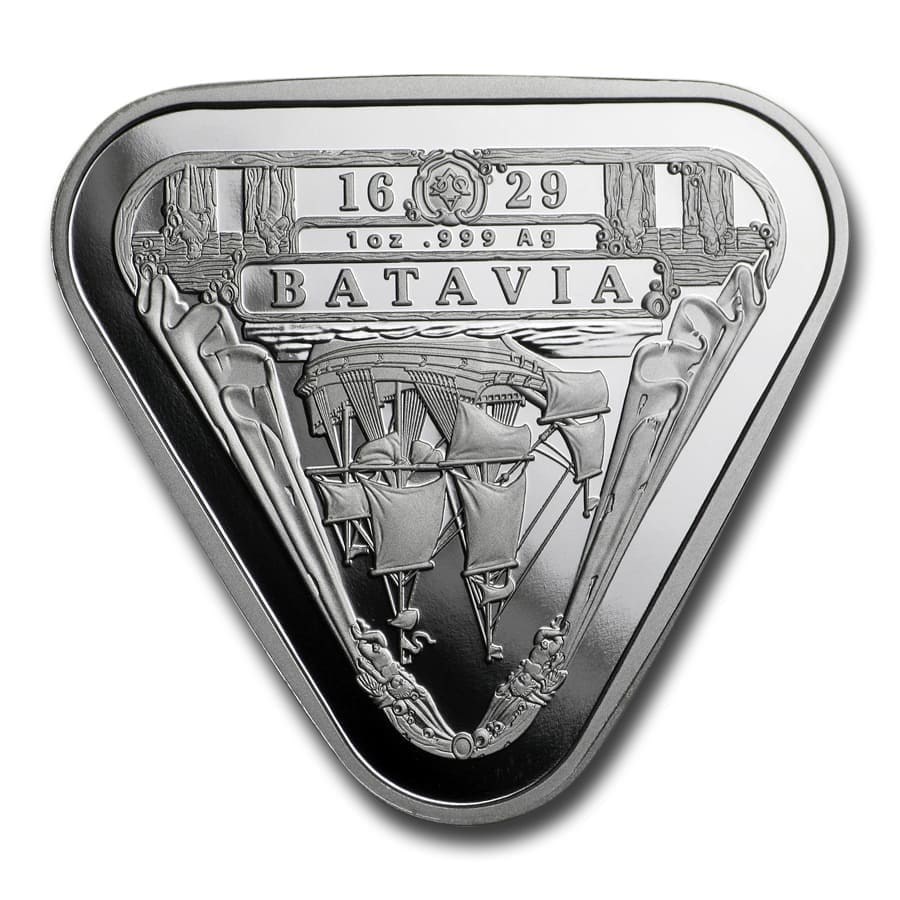 $37.47
As Low As
Product Details
Product Details
This unique, triangular-shaped coin depicts the Batavia, one of Australia's oldest shipwrecks in 1 ounce of .999 fine Silver. There is a limited mintage of 20,000 coins available in this release.

The first release of an Australian Shipwreck series from Royal Australian Mint depicts one of Australia's oldest shipwrecks, the ill-fated Batavia. The design depicts the story of the shipwreck and events that followed on this limited mintage, Silver coin. Don't miss your opportunity to add the 2019 Australia 1 oz Silver Batavia Shipwreck Triangular coin to your cart today!