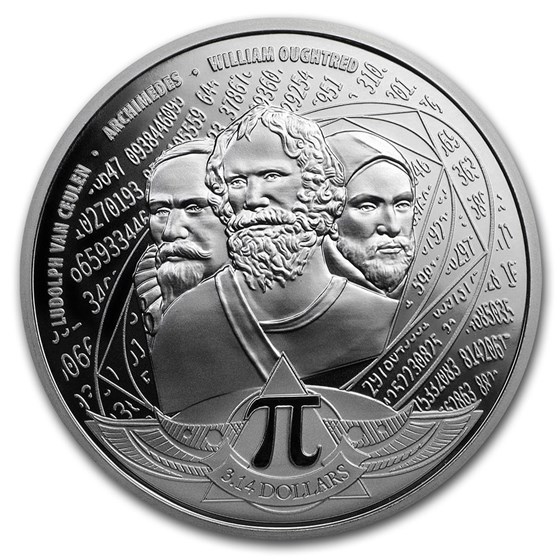 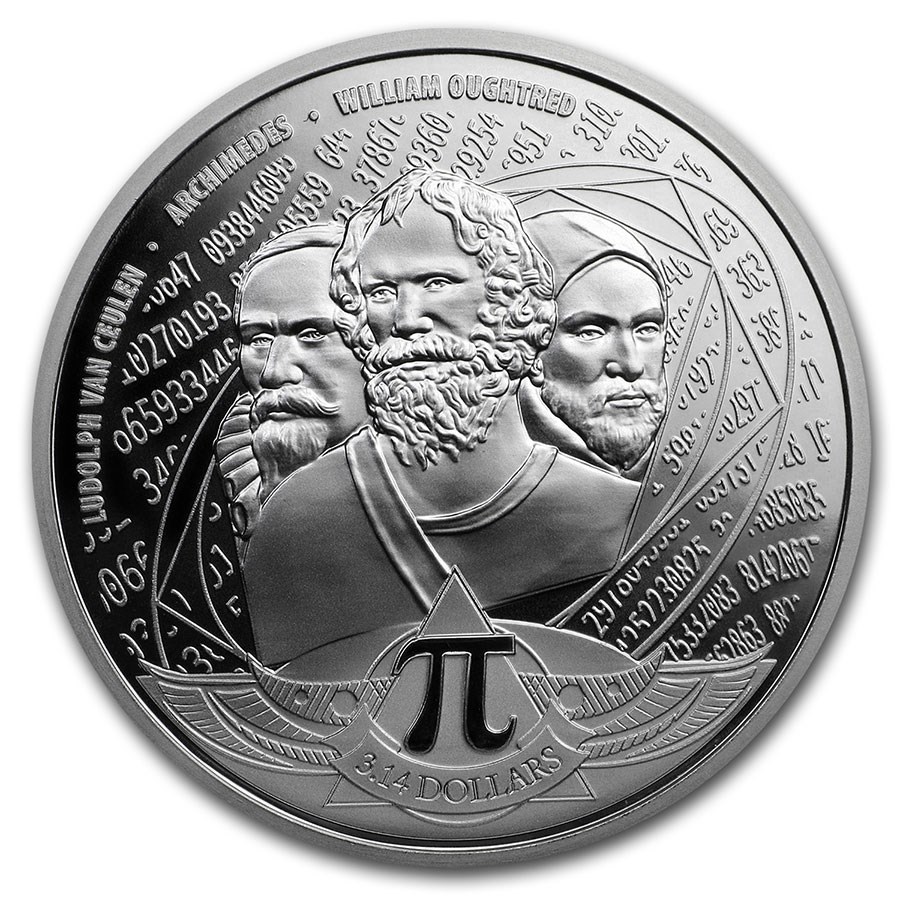 Your purchase will match the quality of the product shown.
Product Details
Product Details
This bullion Silver coin issued by the country of Solomon Islands features one of the most iconic numbers. This APMEXclusive® has a limited mintage of 5,000 coins.

A fantastic Silver coin paying tribute to one of the most widely known mathematical constant. Add this 1 oz Silver Number Pi coin to your cart today!

The number p is a mathematical constant. Originally defined as the ratio of a circle's circumference to its diameter, it now has various equivalent definitions and appears in many formulas in all areas of mathematics and physics. It is approximately equal to 3.14159. It has been represented by the Greek letter "p" since the mid-18th century, though it is also sometimes spelled out as "pi". It is also called Archimedes' constant.

This coin has a very clean and crisp design.

Just received, it is a beautiful coin with extreme detail.

The coins look great and arrived quickly. Each one also came with it's own plastic cover which was a nice unexpected touch. That might be in the description somewhere but obviously I missed it. Great way to commemorate Pi day and mine just so happened to be delivered on Pi day too!