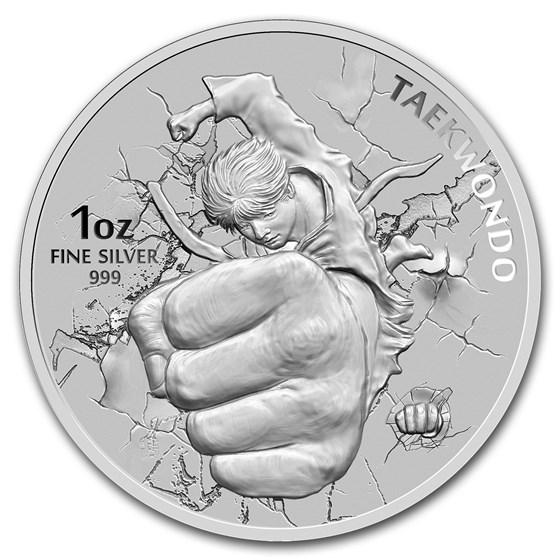 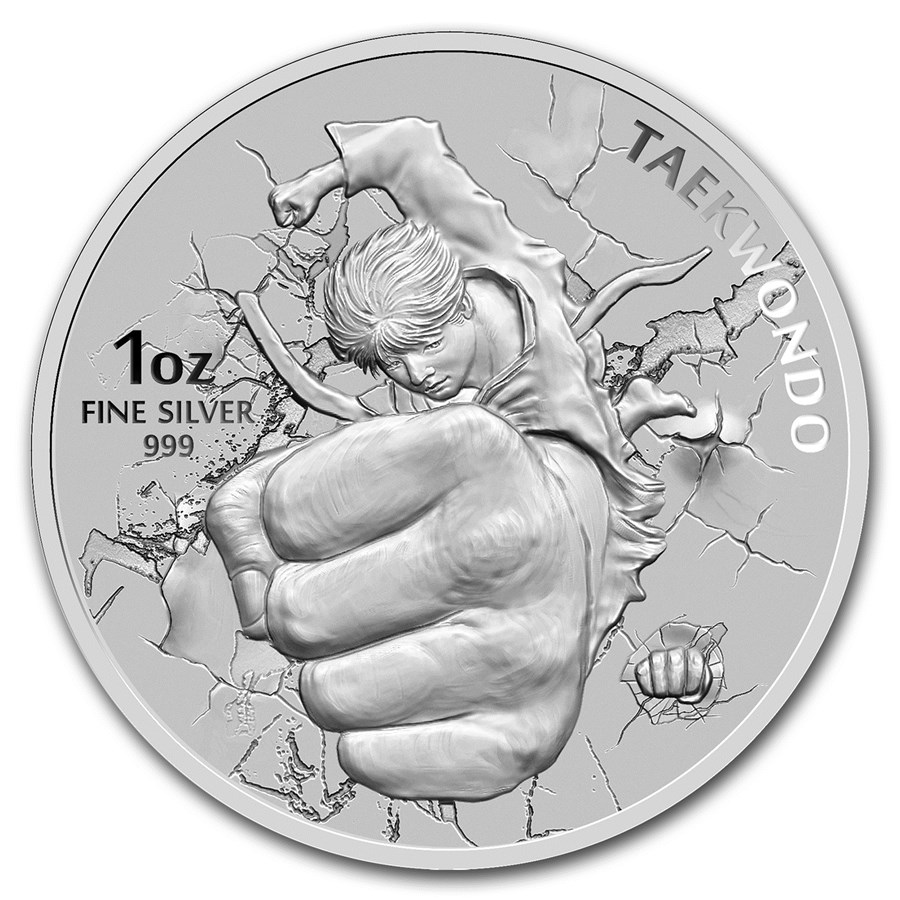 Your purchase will match the quality of the product shown.
Product Details
Product Details
Famous for their Chiwoo Cheonwang Silver Bullion series, KOMSCO, the official mint of South Korea, has launched a follow up to the popular 2019 Taekwondo coin with an updated design for 2020.


Add the second release of the South Korean 1 oz Silver K-Series to your cart today!

Taekwondo is known as one of the first parts of Korean pop culture that was introduced globally in the 1960s. It has been an official Olympic Sport since the Sydney Olympics in 2000. The spirit of Taekwondo respects peace and impartiality and cultivates the spirit of self-overcoming,

It looks like the figure of the man is superimposed over the coin. Quite something to look at, when tilting it side to side.

Very clean and crisp design. I was pleasantly surprised.