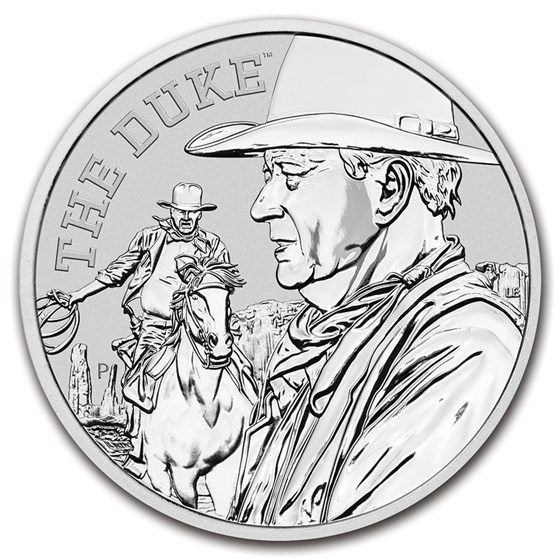 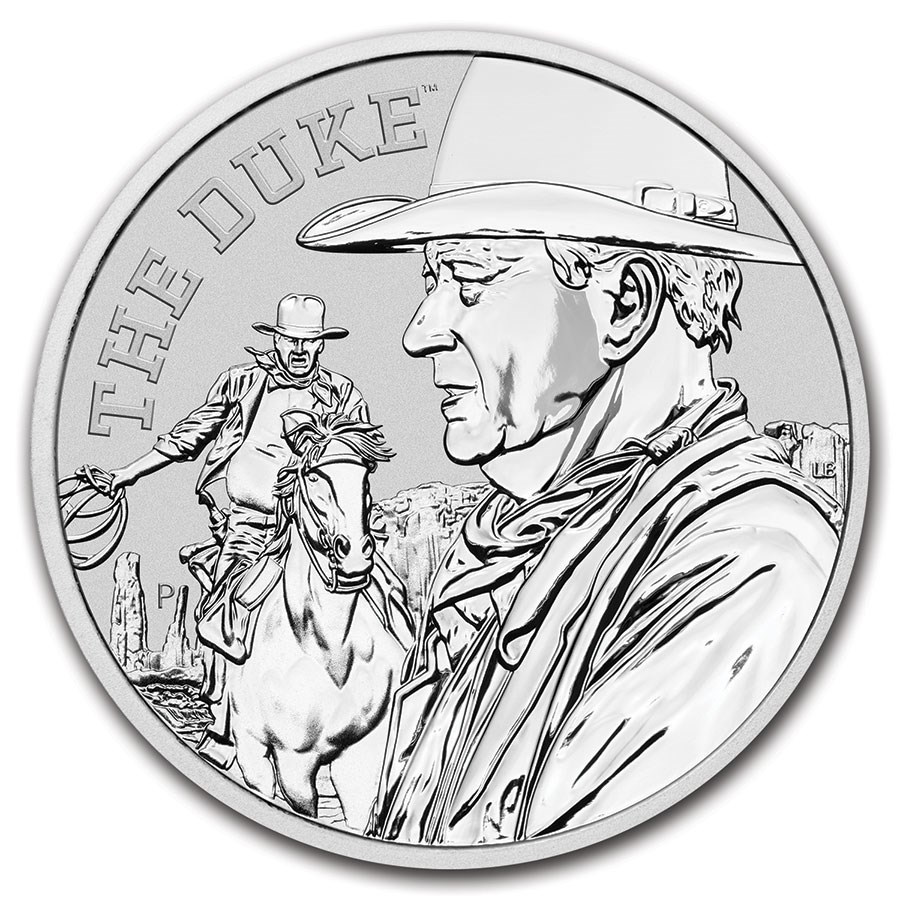 Your purchase will match the quality of the product shown.
Product Details
Product Details
Struck by The Perth Mint, this limited mintage Silver coin celebrates one of the most enduringly popular American entertainers of the 20th century, John Wayne.

Nicknamed "The Duke", John Wayne was a staple of the Western film genre and starred in, directed, and produced more that 170 movies in a career spanning 50 years.

The Perth Mint will release no more than 15,000 of the John Wayne Silver BU coins. Add this unique collectible to your cart today!

, DUKE and THE DUKE are exclusive trademarks of, and the John Wayne name, image, likeness and voice, and all other related idicia are the intellectual property of, John Wayne Enterprises, LLC.

These I will keep.

a true icon like no other. a must buy for any western movie lover.

A great looking coin for a lengenary icon!

Beautiful coin and piece of Americana. Excellent fit and finish that you would expect from Perth. Huge plus that they come in capsules, I believe from the mint.

Very pretty luster and detailing. I may be adding more to my collection in the future.