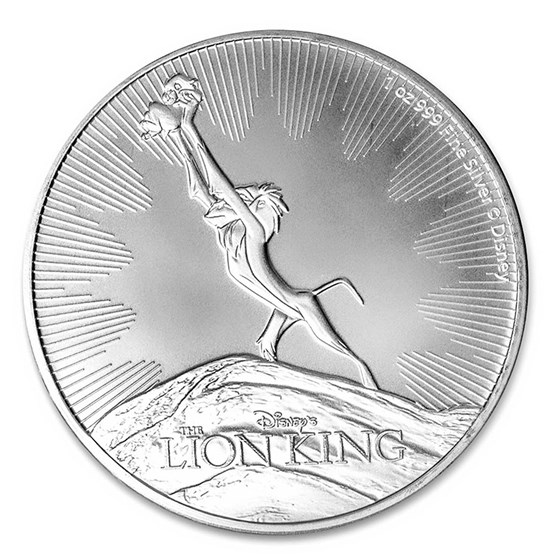 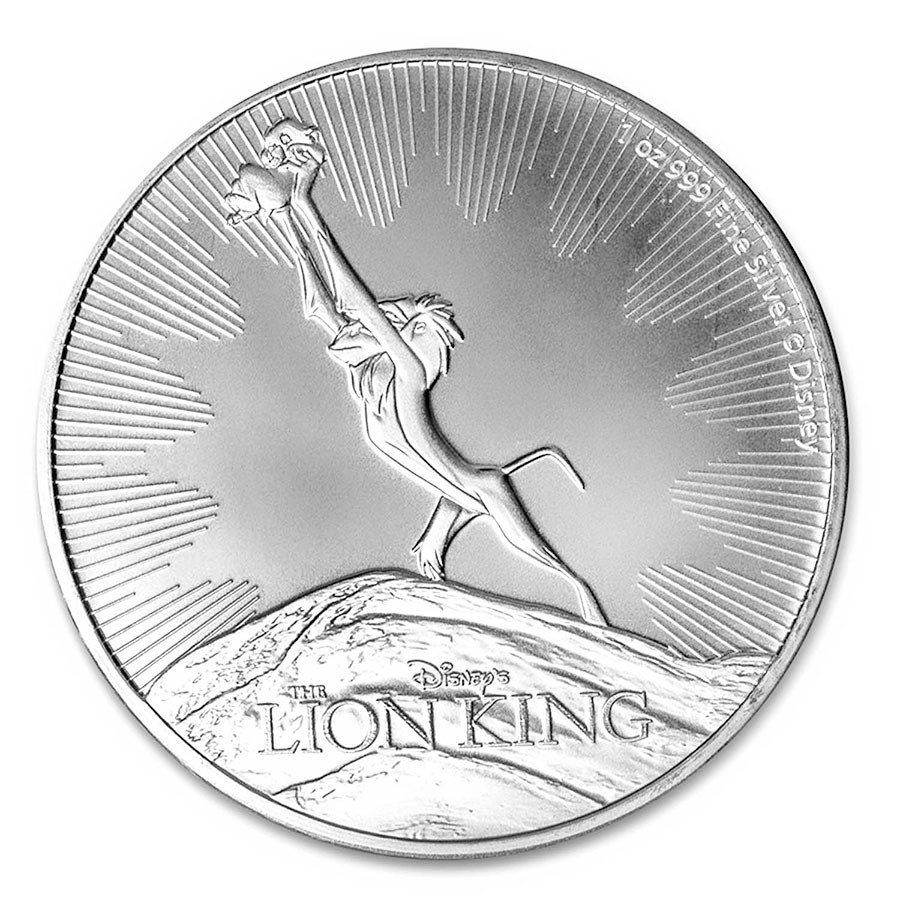 Product Details
Product Details
As low as $7.99 per coin over spot
This is the second release in our APMEXclusive® Disney The Lion King series. This coin features an officially licensed image of Rafiki on Pride Rock holding up baby Simba in an iconic scene from the movie as "The Circle of Life" plays in the background.

The Lion King was an iconic Disney movie released in the mid-1990s. It has been a favorite of movie-lovers ever since. Add this limited mintage 1 oz Silver Lion King coin to your cart today!


The Lion King:
Disney's The Lion King is an animated film first released to the public on June 24, 1994. Winning two Academy Awards for the music and a Golden Globe for Best Motion Picture, The Lion King continues to be a classic film for children and adults alike. The story follows a young lion cub, Simba, and his life through adulthood. The movie is set in the Pride Lands of Africa, where lions rule the kingdom. One of the more memorable scenes of the film is at the beginning when the baboon shaman Rafiki blesses the lion cub Simba and presents him before the onlooking animal kingdom as the evocative song "The Circle of Life" can be heard.

I am a big fan of Disney's The Lion King and when I saw this I had stars in my eyes. I'm so happy with my purchase! They are in great condition, brand new if you ask me. It is definitely a great investment. Apmex did a wonderful job and shipping was fast even in a pandemic. Thank you. Will be buying more items from this seller for sure!

I would buy again

I was very excited to see a lion king selection. This was one of my favorite childhood movies and now as an adult I can collect silver that brings me back to those childhood days. Thank you Apmex

part of a collection