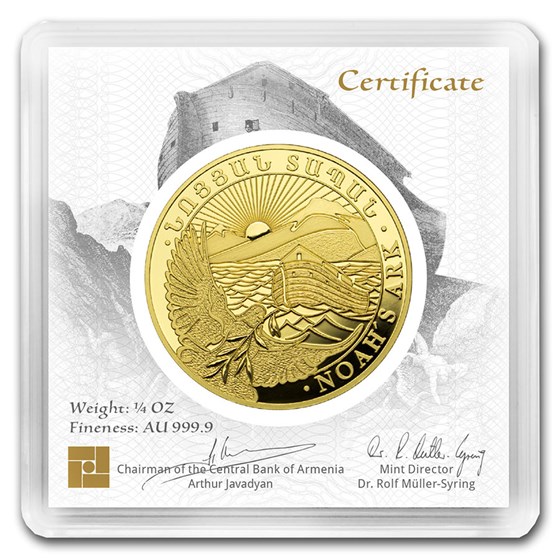 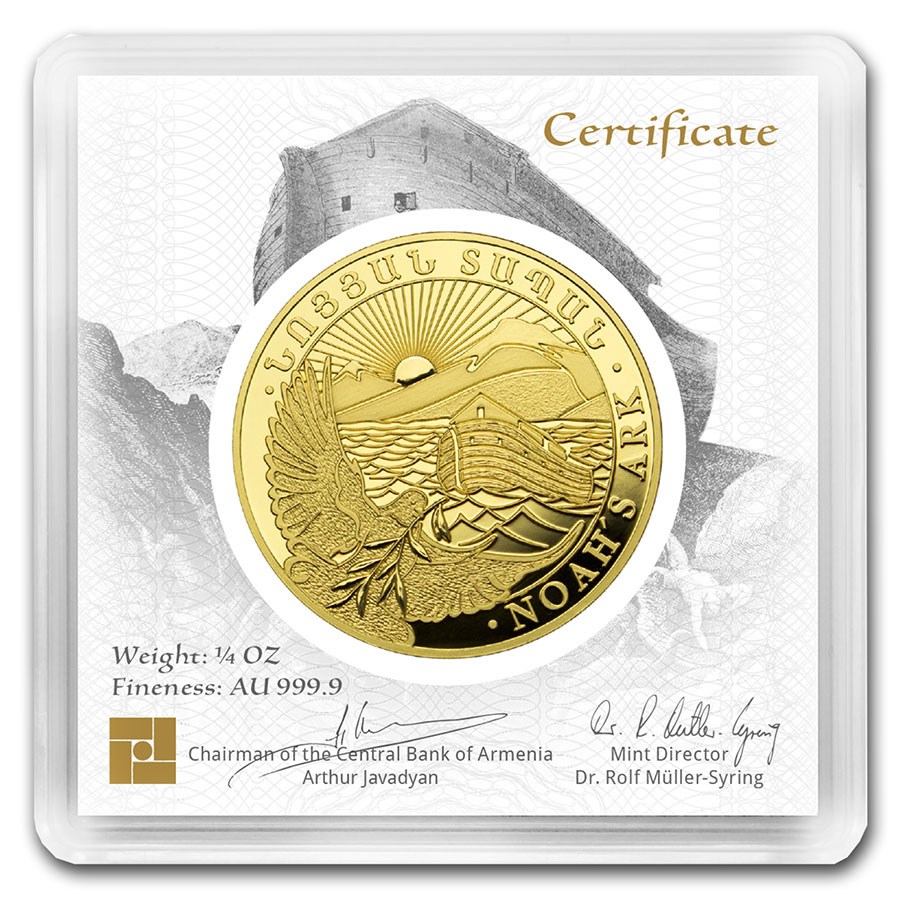 Your purchase is guaranteed to match the quality of the product shown. It will not be this exact item.
Product Details
Product Details
The mintage is only 5,000 worldwide for this first year that the Noah's Ark coin will be offered as a Gold BU coin.

Coin Highlights:
Enjoy every detail of this coin by adding magnifying loupe to your order.

I love the Biblical depiction on this coin. So much so I ordered the one ounce version too! The strike and condition of this coin is excellent