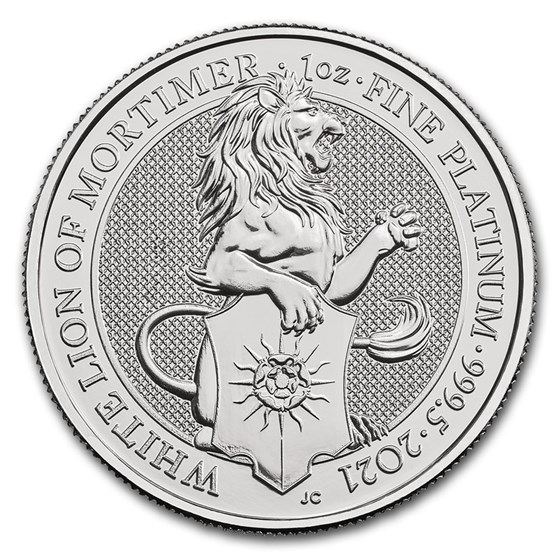 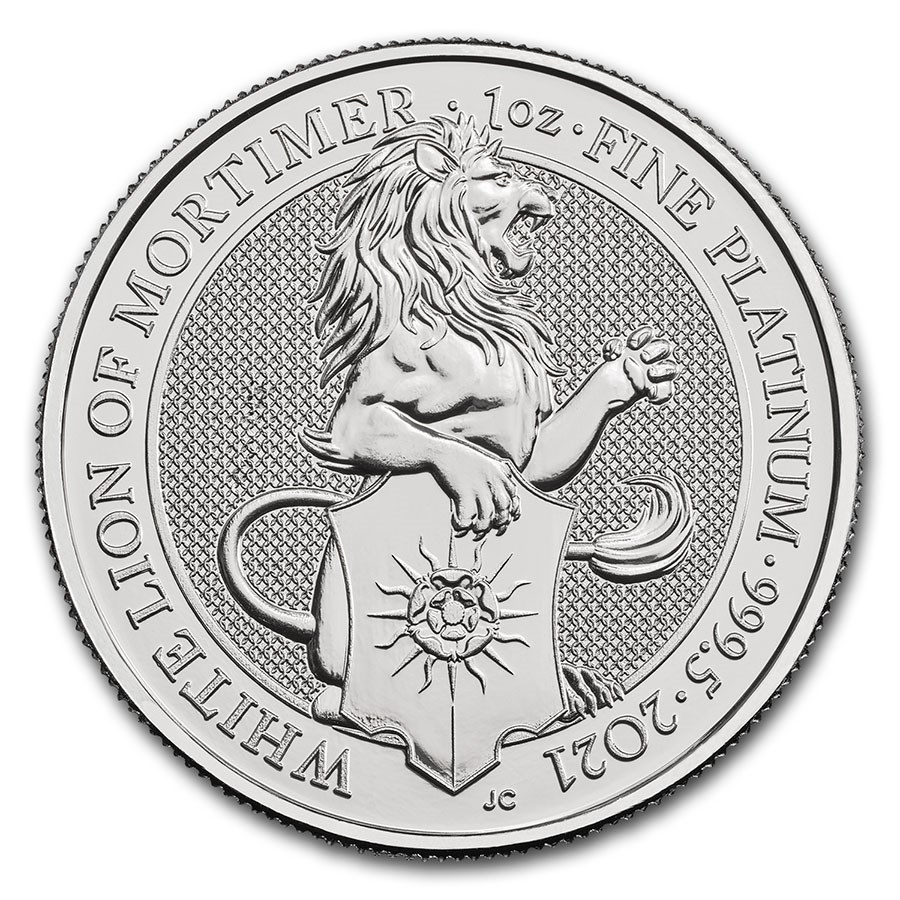 Display your 1 oz Platinum Queen's Beasts The White Lion in style by adding an attractive display box to your order.

Today, The Queen’s Beasts can be found at the Canadian Museum of History in Quebec, while Portland stone replicas, also carved by James Woodford, watch over Kew Gardens in the United Kingdom. These mythical, ancient creatures such as the lion, griffin, falcon, bull, yale, greyhound, dragon, unicorn and horse have gone on to inspire the highly praised new talent, Royal Mint Coin Designer Jody Clark.

The White Lion of Mortimer descended to the Queen through Edward IV. The shield shows a white rose encircled by a sun, known as "white rose en soleil". Both of these appear on the Great Seal of Edward IV and Richard III, and were used by George VI while Duke of York. The while lion is uncrowned, unlike the Lion of England.

This is a really beautiful coin with great detail. Will buy more