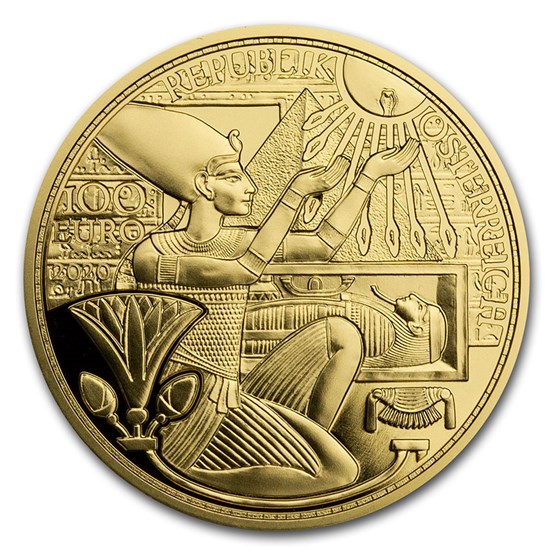 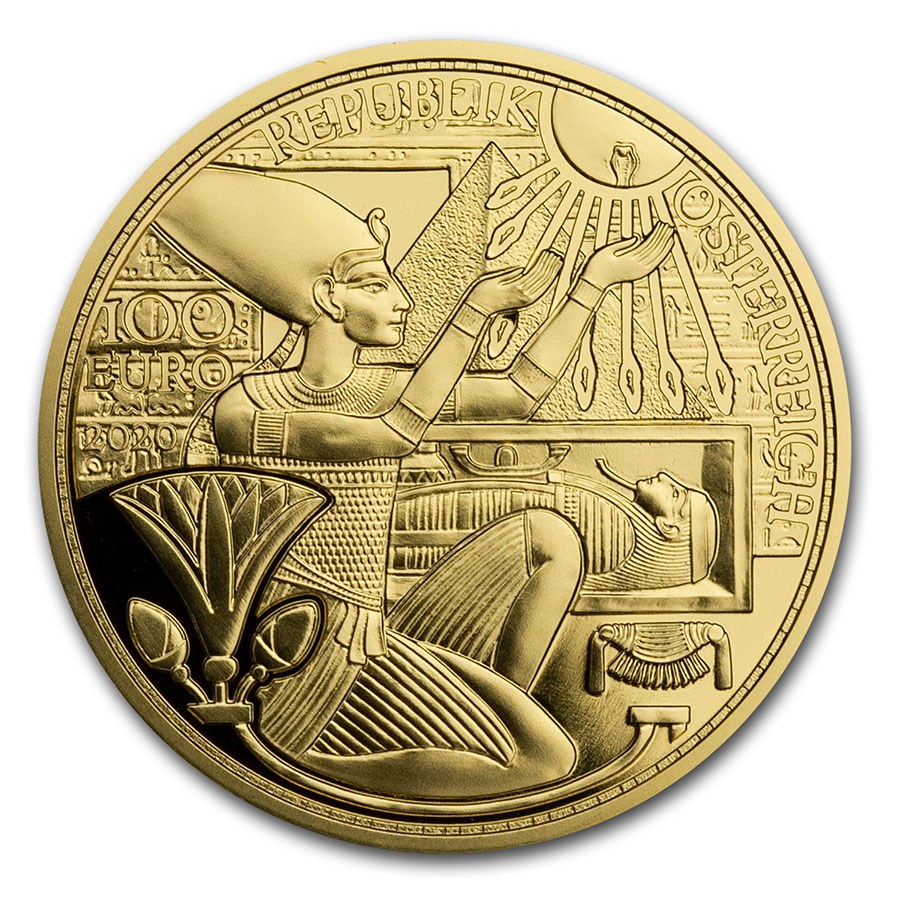 Product Details
Product Details
Only $1,195.00 per coin
An aura of mystery surrounds The Gold of the Pharaohs, the second coin in the Magic of Gold series, which is made of pure gold, the ‘flesh of the gods’ and the symbol of eternity in Ancient Egypt.

Inscrutable in its beauty, the face of Tutankhamun shines on the coin. In doing so, it guards the secret of the Pharaohs and tells the story in pictures of what took place more than 3,000 years ago.

Coin Highlights:
These commemorative Gold coins from Austria are a great way to add to your Gold holdings while enhancing your World Gold collection. Add one of these 2020 Austria Proof Gold €100 The Gold of the Pharaohs coins to your cart today!

In the 14th century BC, Tutankhamun’s father, Akhenaten, declared the sun god, Aten, the one and only god and the Pharaoh his only representative on earth. When Akhenaten died his successor was still a little boy, but Tutankhamun ascended to the throne just four years later. The Priesthood and officials, it is presumed, made ‘the boy king’ rescind his father’s reforms and restore ancient Egyptian polytheism by reintroducing the worship of multiple gods. Tutankhamun was not even 20 years old when he died. But thanks to Howard Carter, an iconic representation of the boy king lives on. The British archaeologist made a sensational discovery in 1922 when he came across Tutankhamun’s tomb in Egypt’s Valley of the Kings. The most celebrated of all the famous burial objects uncovered is Tutankhamun’s death mask. As symmetrical and unearthly as it appears, Tutankhamun’s face seems natural at the same time, as if the real face of the young Pharaoh has been covered with gold so that it will last for eternity. It is still casting its spell over people in the 21st century.

Excellent Asset To Own!

I truly love the design of the coin and the fact that gold has been used by the Pharaohs in Egypt many, many centuries ago.

This is a stunning coin. I absolutely recommend this series.