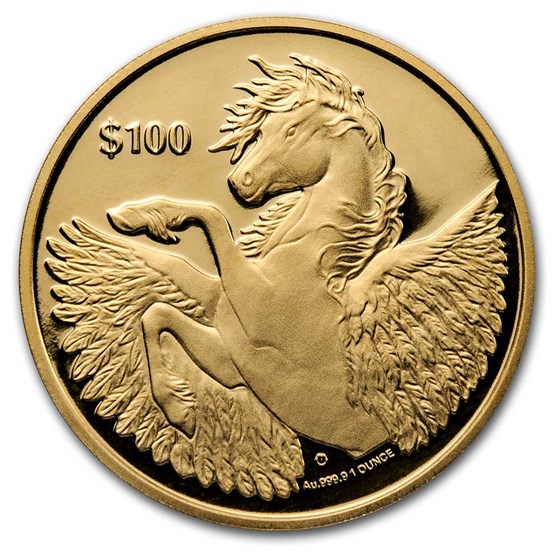 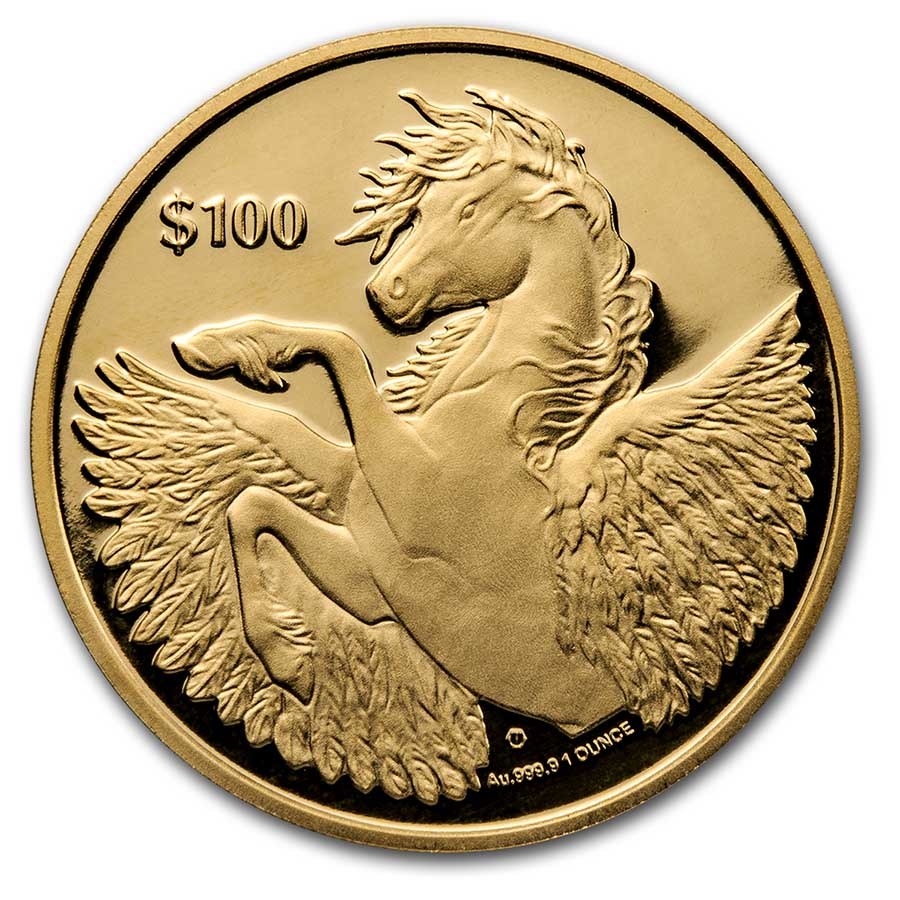 Your purchase is guaranteed to match the quality of the product shown. It will not be this exact item.
Product Details
Product Details
This APMEXclusive® 1 oz .9999 fine Gold coin celebrates the Pegasus bullion coin series with an extremely limited mintage of only 100 coins worldwide and features Pegasus, the mythical horse along with a revamped finish.


Protect and display your Gold Pegasus coin in style by adding an attractive display or gift box to your order.

This coin would be a great addition to any coin collection. Own the fourth release of this exciting bullion series minted for the British Virgin Islands by adding this stunning 1 oz Gold Pegasus Cameo BU coin to your cart today!