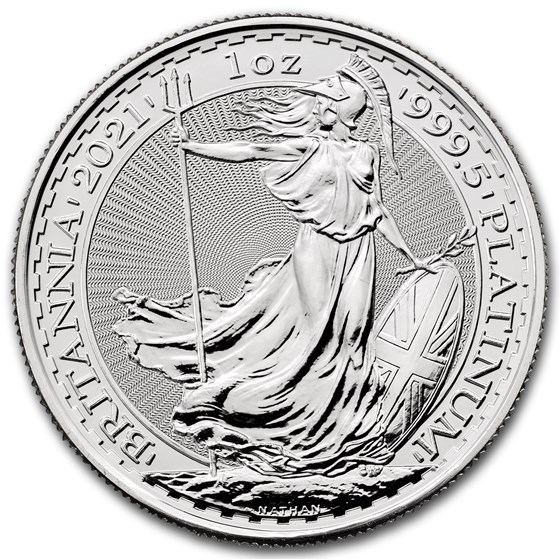 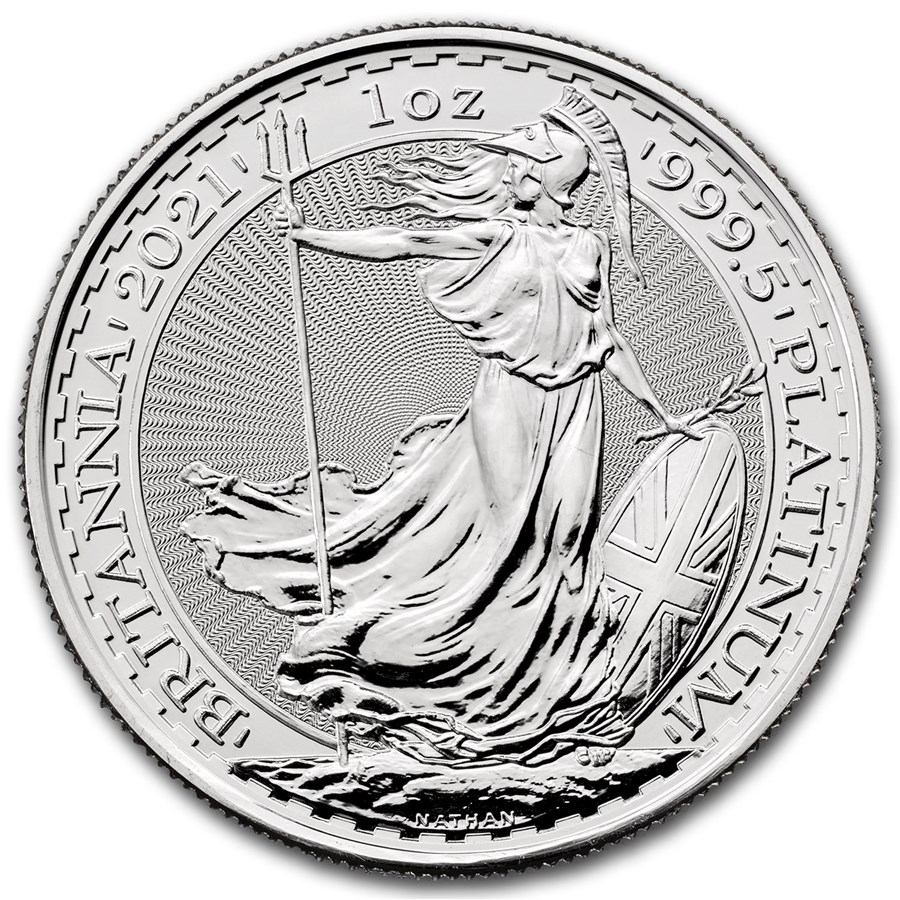 For 2,000 years Britannia has personified a nation. A symbol of strength and progress, she's a reassuringly familiar presence, a constant through change, standing watch at the edge of the shoreline. Coins bearing her image symbolize the heritage of British minting to investors around the world.

Coin Highlights:
Protect your Platinum Britannia with this clear plastic capsule or display it in style by adding an attractive presentation box to your order.

Add this 2021 1 oz Platinum Britannia to your cart today!

The Great Britain Britannia Coin Series
First released as 1 oz Gold Britannia coins in 1987, The Royal Mint began producing the 1 oz Silver Britannia coin in 1997 as a Proof, and then as a bullion coin in 1998. The coins minted from 1998 to 2012 contain .958 fine Silver, and beginning in 2013, bullion issues became the first to contain .999 fine Silver. Today, the coin series is released yearly in several sizes in Gold and Platinum Britannia coins, along with the Silver Britannias coins in both Brilliant Uncirculated and limited mintage Proofs.