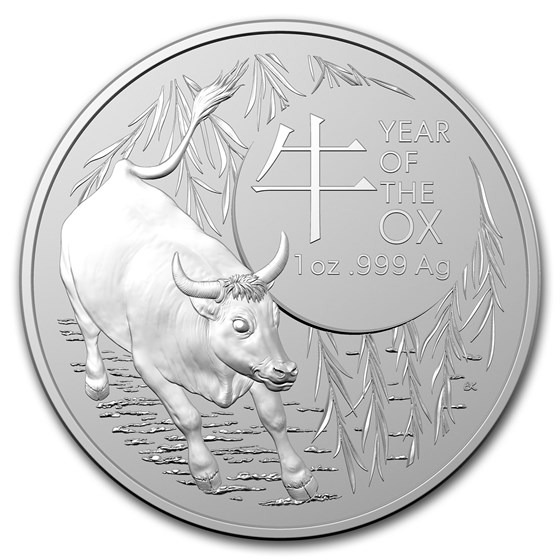 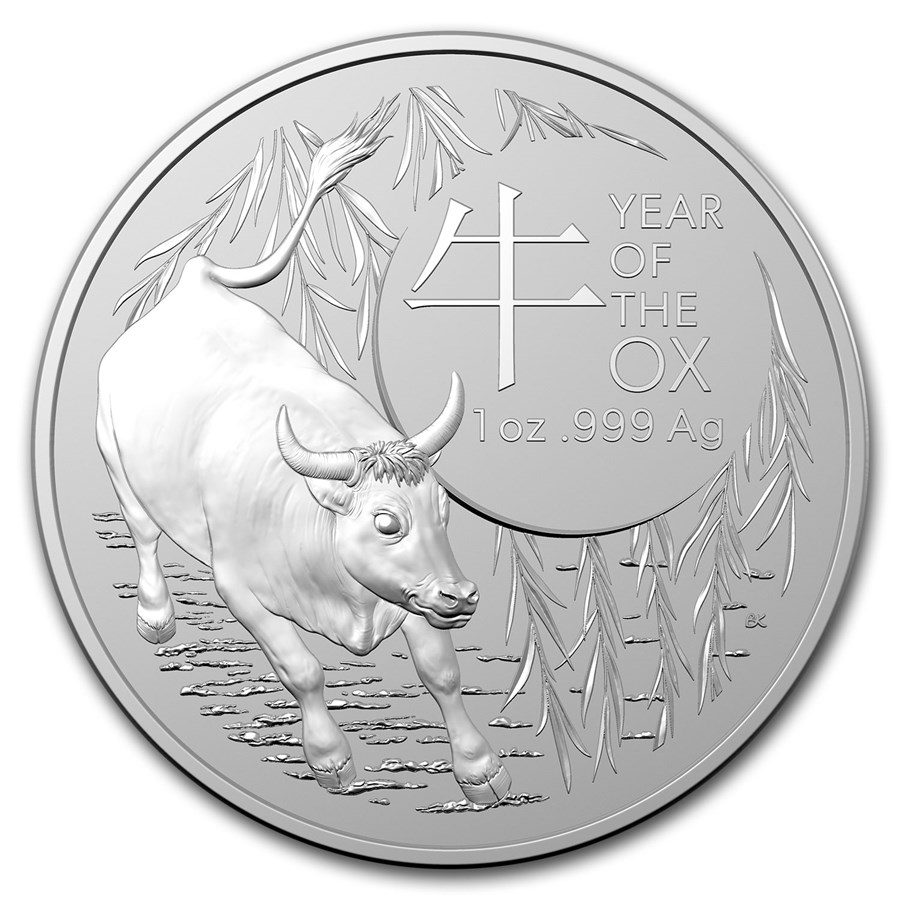 Your purchase is guaranteed to match the quality of the product shown. It will not be this exact item.
Product Details
Product Details
Royal Australian Mint has released a new Lunar coin for 2021, celebrating the Lunar Year of the Ox. There is a limited mintage of 50,000 only, and each coin comes in an individual capsule.

Coin Highlights:
The Royal Australian Mint has released their second release of a Silver investment bullion coin for the Lunar series, celebrating the start of the new Lunar calendar with the 2021 Year of the Ox. Add this magnificent 2021 1 oz Silver Lunar Year of the Ox BU coin to your cart today!