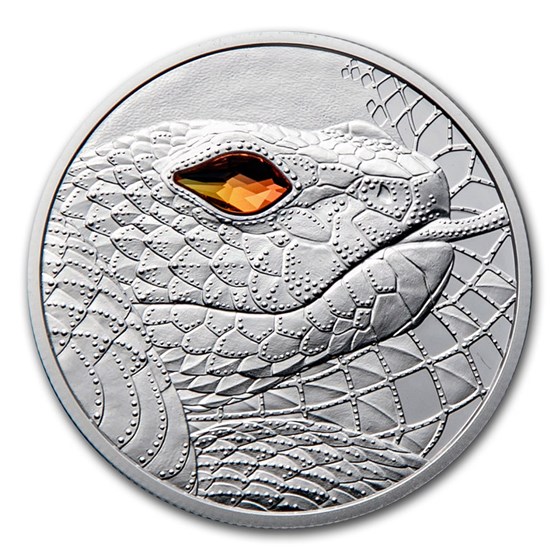 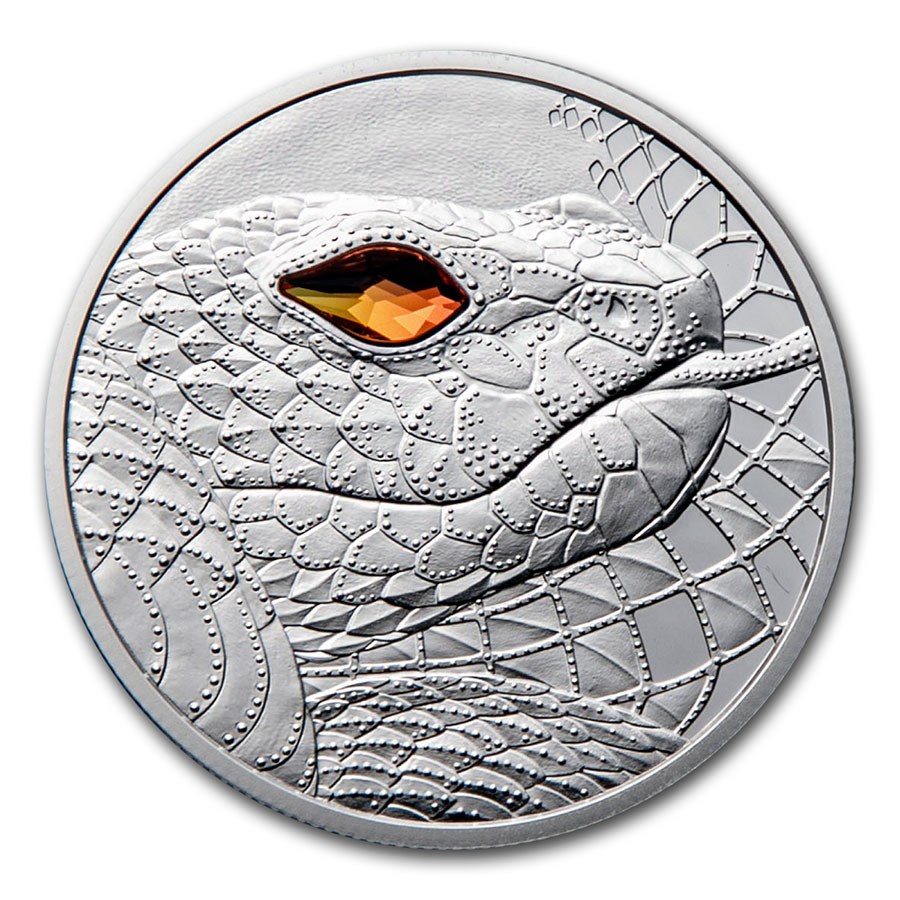 Product Details
Product Details
Like all creation myths, that of the Aboriginal Australians brings order, clarity and meaning to a chaotic, dark and mysterious world. The wonder of natural phenomena gives rise to questions that demand an explanation: a legend explaining their origin.

This coin is a fantastic addition to any collection. Add this 2021 Austria Silver €20 Eyes of the World Australian Serpent coin to your cart today!

For Aboriginal Australians the world is explained through the ‘Dreamtime’, an epoch during which the Earth, living creatures and plants obtained their physical appearance. One of the heroes of this mythical time is the Rainbow Serpent. The human eye cannot see the serpent’s real shape. As a rainbow it connects the sky and earth, the physical and metaphysical worlds. The Rainbow Serpent is fundamental to the creation of the world. In almost all regions of Australia it is seen as the creator, which is dreamed of as a female earth spirit that creates mountains, valleys and life’s most precious and vital resource, water, in the form of rivers, rain and waterholes. The Rainbow Serpent is also the protector of the last of those. The Rainbow Serpent is a bisexual creature that is able to reproduce itself. As it can shed its skin, it also stands for recreation and creative development and among mythical creatures is the creative one. Ideas spring from wherever the Rainbow Serpent slithers, flicks its tongue or fixes its sparkling orange eyes.