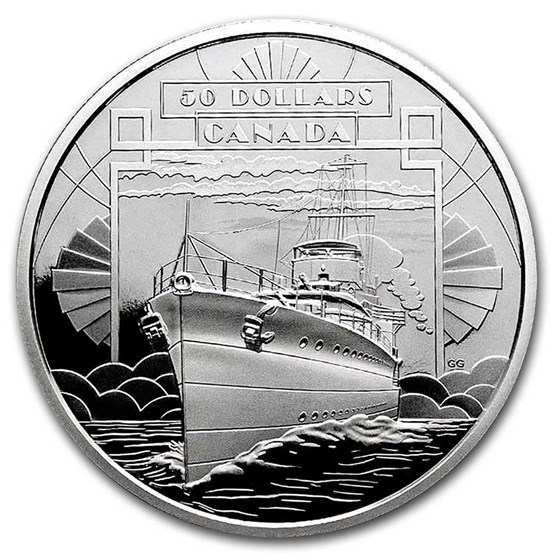 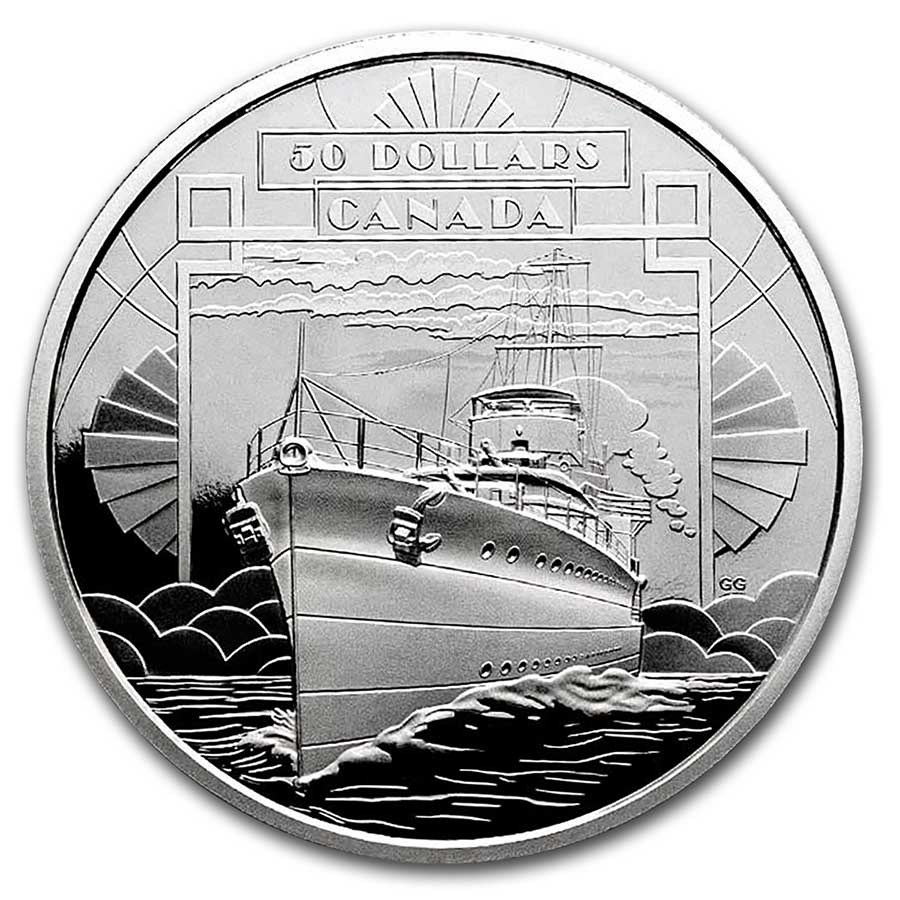 Product Details
Product Details
For the first 100 years of Confederation, the story of Canada was shaped by our efforts to bridge distances and come together by means of different transportation—first by rail, then by sea, and finally, by air.

Our journey continues! Coin #2 offers a glimpse of Canada in the early 20th century and features one of the first warships built for the Royal Canadian Navy. Rendered in a beautiful art deco style, the vessel is a fitting symbol of an era marked by two world wars; it also represents a young nation’s coming of age and its new-found stature on the world stage.

Add this Silver $50 100 Years of the Confederation Coming of Age coin to your cart today!