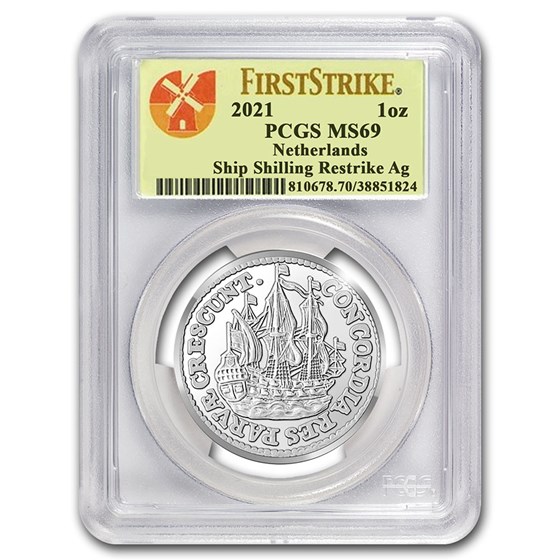 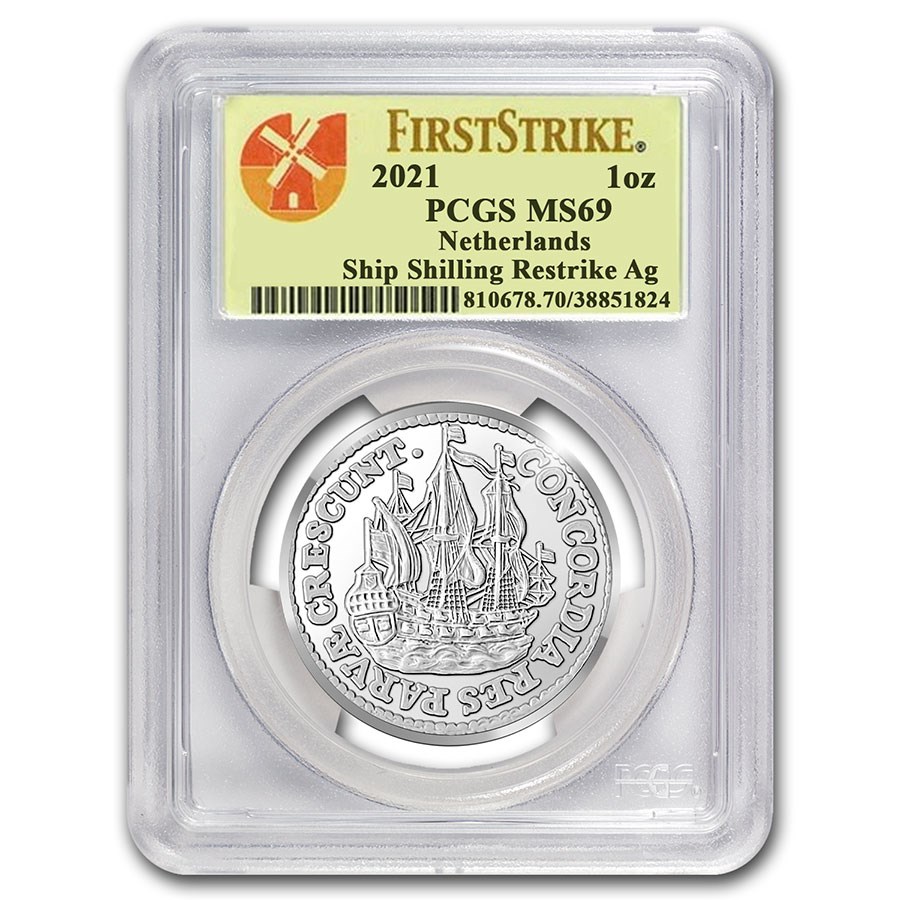 Your purchase is guaranteed to match the quality of the product shown. It will not be this exact item.
Product Details
Product Details
The Royal Dutch Mint proudly presents the Official Restrike of the original Utrecht “Scheepjes-Schelling” or "Ship Shilling" from 1786 which comes with a limited mintage of only 10,000 coins worldwide.

In addition to these coins being an APMEXclusive®, we have partnered with PCGS to create a custom label made specifically for this coin. The design of the label pays homage to Netherlands with iconic images featuring a Windmill and a multicolored Tulip with a modern and up-to-date touch.

This stunning Silver coin is loved around the world for its 1 oz metal content and classic, restrike design. Add the 2021 Netherlands 1 oz Silver Ship Shilling Restrike to your cart today!

The “Schelling” is a Dutch coin type which has been around in many varieties. The Ship Shilling was brought into circulation in 1670 because many inferior pieces were in circulation of previous varieties of the coin. The nominal value of six stuivers (5 cent coins). The name of the Scheepjes-Shelling is derived from its use in trades. The coin was mostly used internationally.