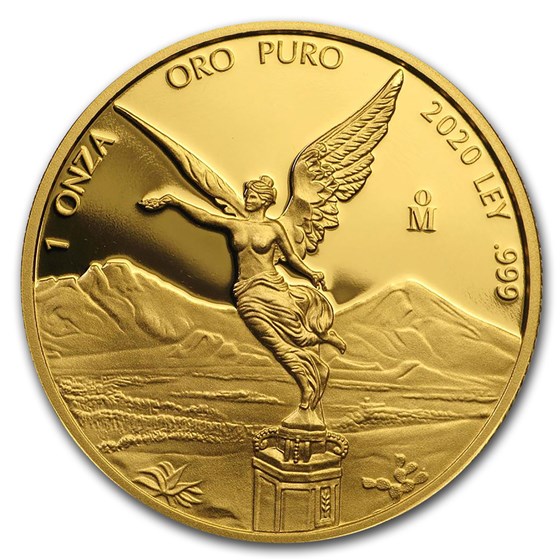 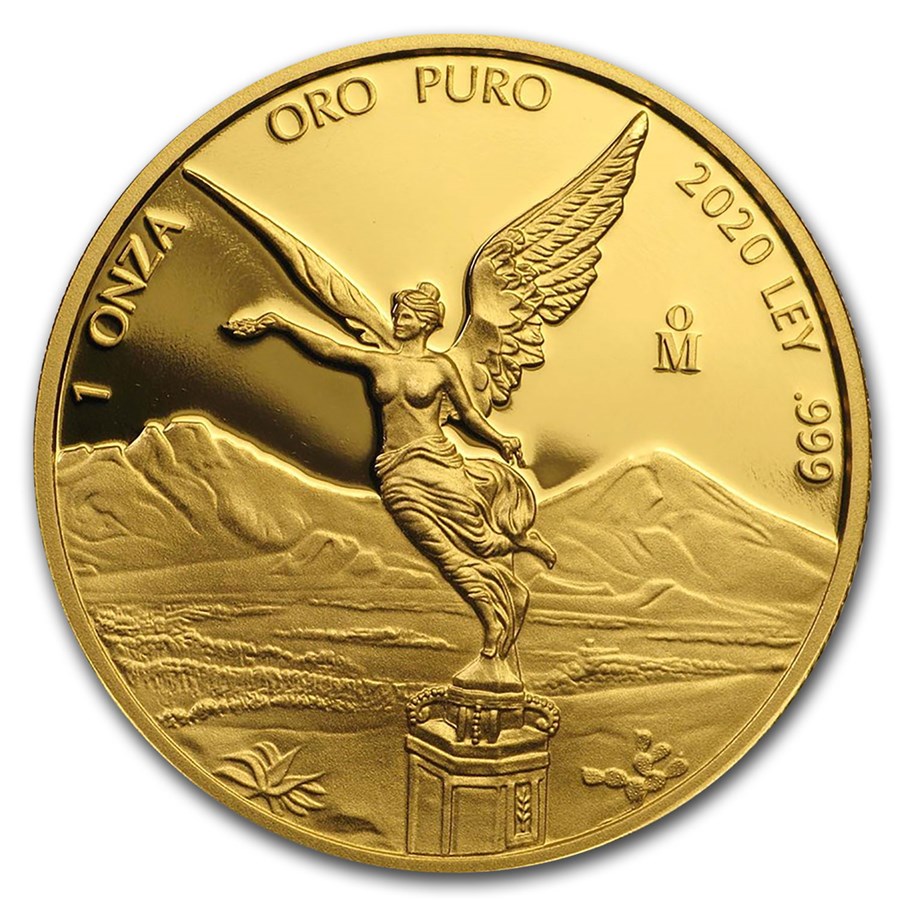 Your purchase is guaranteed to match the quality of the product shown. It will not be this exact item.
Product Details
Product Details
The Proof Gold Libertads gain added appeal with an exceptional finish that makes the design shine in 1 oz of .999 fine Gold. This year's release has a low, limited mintage of only 250 coins, one of the lower mintages to date.


Protect and display your Gold Libertad in style by adding a display box to your order.

This magnificent Proof 1 oz Gold coin is a popular choice not only because of its attractive design, but also its mintage at Casa de Moneda de México, the oldest mint in North America. Add this 2020 1 oz Gold Mexican Libertad coin to your cart today!

The Proof Gold Libertad was first produced in 1983 in a 1 ounce size, however was not produced again until 2005. While Gold Libertads in Brilliant Uncirculated finishes already have quite low mintages, the Proof variants tend to have even lower mintages. The limited mintages, which vary annually, add to the collectibility of the coins, and finding them in the market can also be difficult due to their scarcity.

Bank of Mexico
The Libertads are produced at La Casa de Moneda de México, the oldest Mint in North America. It is also the national mint of Mexico, first established in 1535. The Bank of Mexico is Mexico's central bank, and is the Mexican Mint's largest client, producing both circulating coinage and currency for the country, as well as Precious Metal coins. The mint is located in Mexico City.

The 2020 Gold Proof Libertad has been on my radar since the expected release last year. 2020 is quite the special year, for undesirable reasons: the dreaded COVID-year. Mints around the world were devastated, including Mexico's severely reduced mintage of this beauty. This is perhaps the 2nd-most beautiful coin design in my opinion. Thanks, APMEX; another perfect order fulfilled!