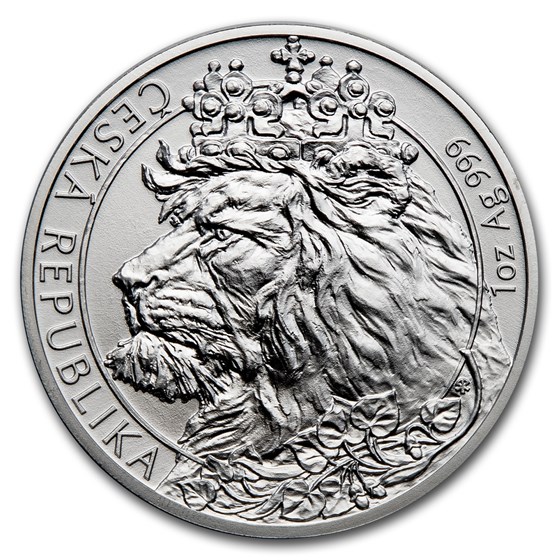 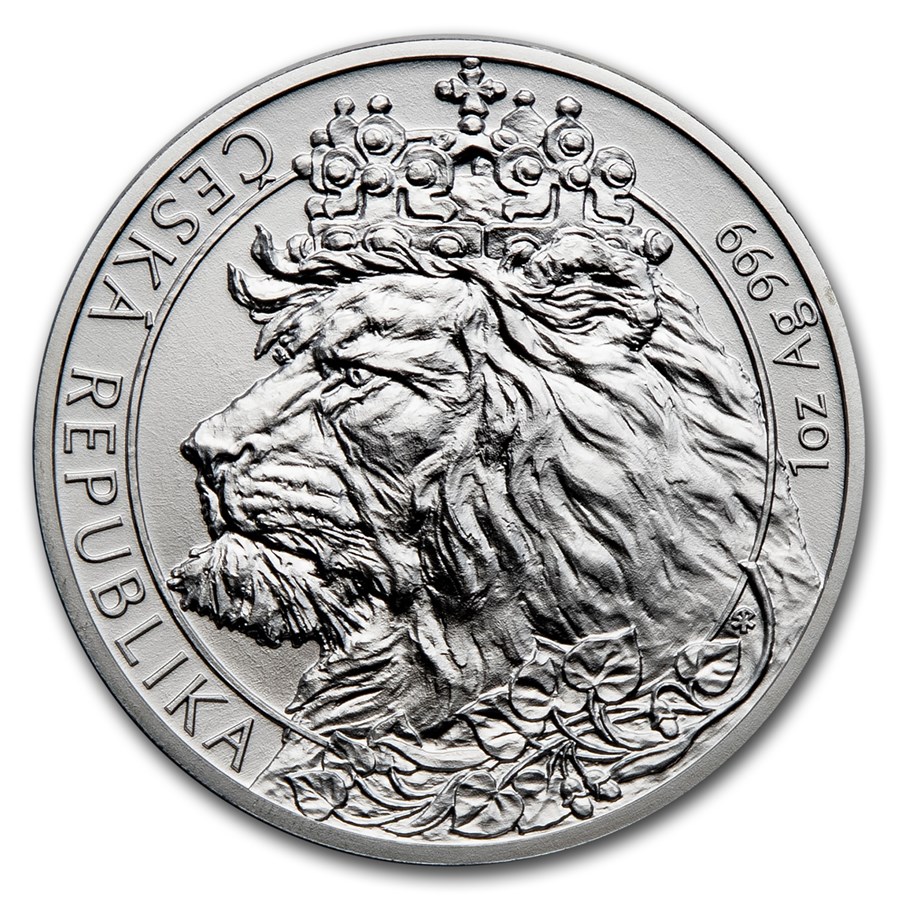 $47.43
Any Quantity
Product Details
Product Details
The Czech Lion Silver coin was the first bullion coin from the Czech Republic and is back in had a new design in 2021.

This bullion coin with a beautiful artistic design features symbols of the Czech Republic. Add this 2021 Niue 1 oz Silver Czech Lion coin to your cart today!

Czech Lion Series
The Czech Mint introduced its first bullion coin series in 2017 with the release of the Silver bullion Czech Lion. This series quickly gained popularity with its patriotic relief and limited mintages. The design on the reverse of the coin has been reworked several times, but always highlights the two-tailed Czech Lion, which is featured in the coat of arms of the Czech Republic. Also included in the design are other symbols of Czech statehood, the crown of Saint Wenceslas, a linden branch, and an eagle on a shield. The Czech Mint is licensed by the island of Niue.

Beautiful design, relief looks great. This coin drew me to Czech Mint Coins and now i own all sorts of them.

Detail on this coin is awesome. Coin art is exactly as depicted. Artwork is amazing to look at in real life. Relief of the coin is slightly weak-compared to the picture-but still, the coin is real nice.