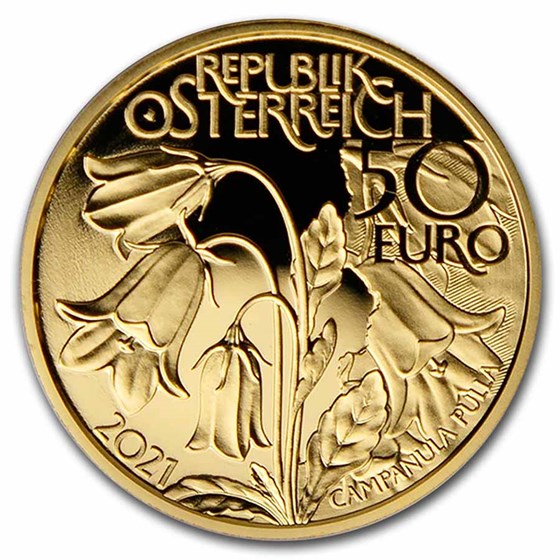 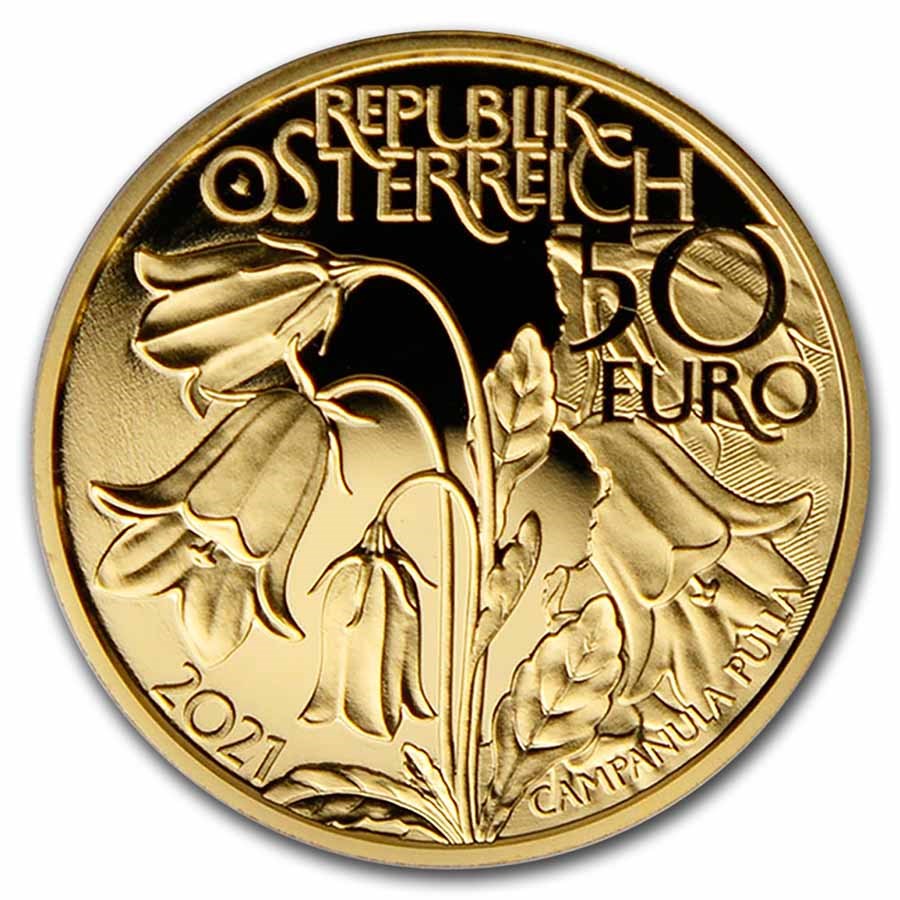 $1,883.59
As Low As
Product Details
Product Details
New from the Austrian Mint, Alpine Treasures is a three-coin Gold series that both highlights the rare species of plants and animals native to the Austrian Alps and shows off the multifaceted nature of the country’s spectacular mountain landscape.

Central Europe’s largest forested area, Kalkalpen National Park is home to 30 different forest ecosystems. Of the park’s 15 endemic vascular plants, the Austrian bellflower is the standout. A familiar sight in the park, the plant’s bluish-purple drooping flowers are a rare sight elsewhere. But you can find one on Alpine Forests, the second coin in the Alpine Treasures series, which highlights the rare species of plants and animals native to the Austrian Alps. Coin Highlights:
These commemorative Gold coins from Austria are a great way to add to your Gold holdings while enhancing your World Gold collection. Add one of these 2021 Austria Proof Gold €100 Alpine Treasures Alpine Forests coin to your cart today!

Located in Upper Austria, Kalkalpen National Park was established in 1997. Still largely untouched by human habitation and relatively unpenetrated by transport routes, the dark and dense woodland found in this northern branch of the Limestone Alps is a precious reminder of the pristine, primeval forest that covered the continent for millions of years. The plan is to gradually return the Kalkalpen forest to its completely unmanaged, natural state by letting nature take its course. This will not only provide deep insights into the natural world during prehistoric times but also shed light on the environment in which our distant ancestors lived. Dating from 1474, the oldest beech tree in continental Europe can be found in the park’s primeval beech forest.

very beautiful drawing of alpine flower on one side and lynx on the other side. bought it as a birthday gift for my kid. would highly reccomend collecting the whole series.