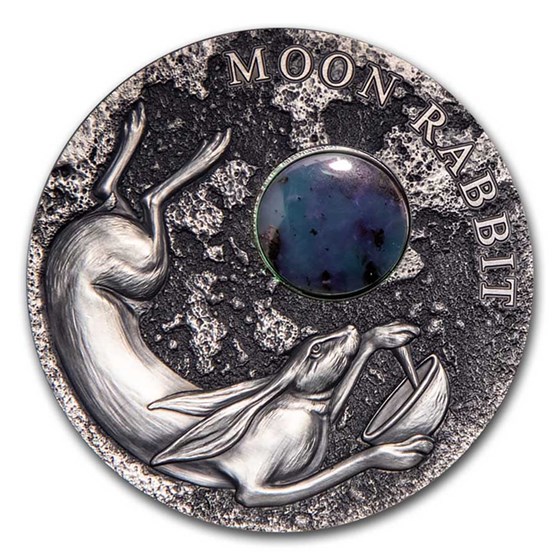 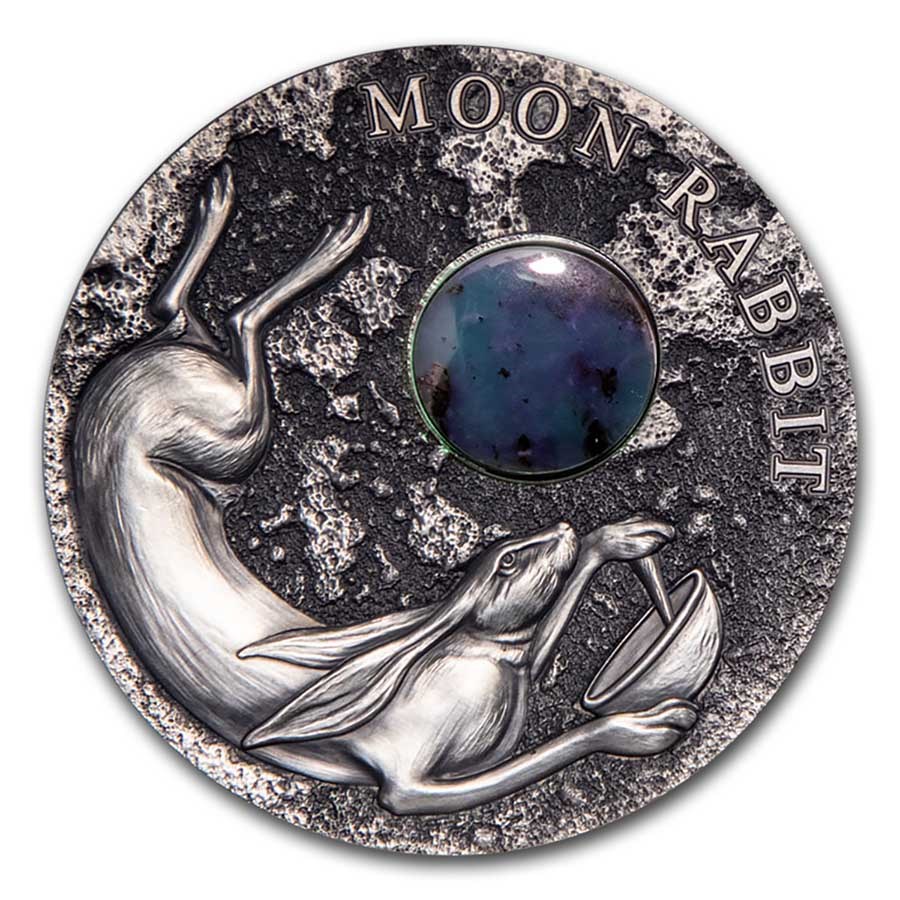 Product Details
Product Details
A beautiful coin dedicated to a mythical figure and includes a jade insert. The mintage is only 500 pieces worldwide.

Handle your coin with care by adding these cotton gloves to your order.

An amazing coin which tells the story of the legend of the rabbit on the moon. Add this Silver Moon Rabbit coin to your cart today!

The Moon Rabbit is a mythical figure who lives on the Moon in Far Eastern folklore, based on pareidolia interpretations that identify the dark markings on the near side of the Moon as a rabbit. The first time people found out about him was from Chinese collection of poems “Verses of the Chu”, where it goes about a rabbit that lives in the Moon Palace and all year round, crushes in a mortar potion of immortality. Some poets of the Han dynasty often called him a “jade rabbit”.

Everyone I’ve shown this to says the same thing, “I have never seen anything like this.” Enough said.