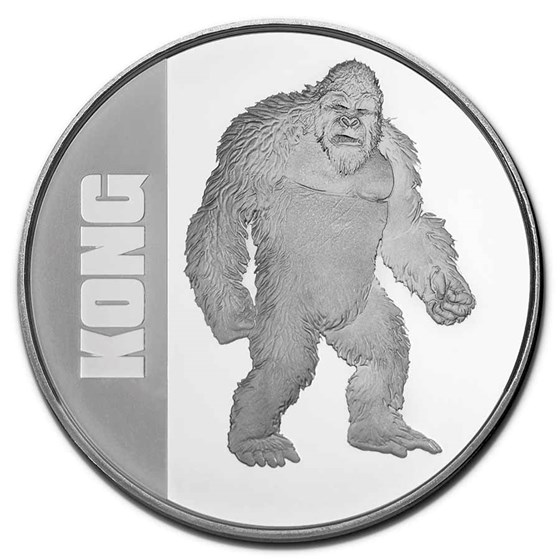 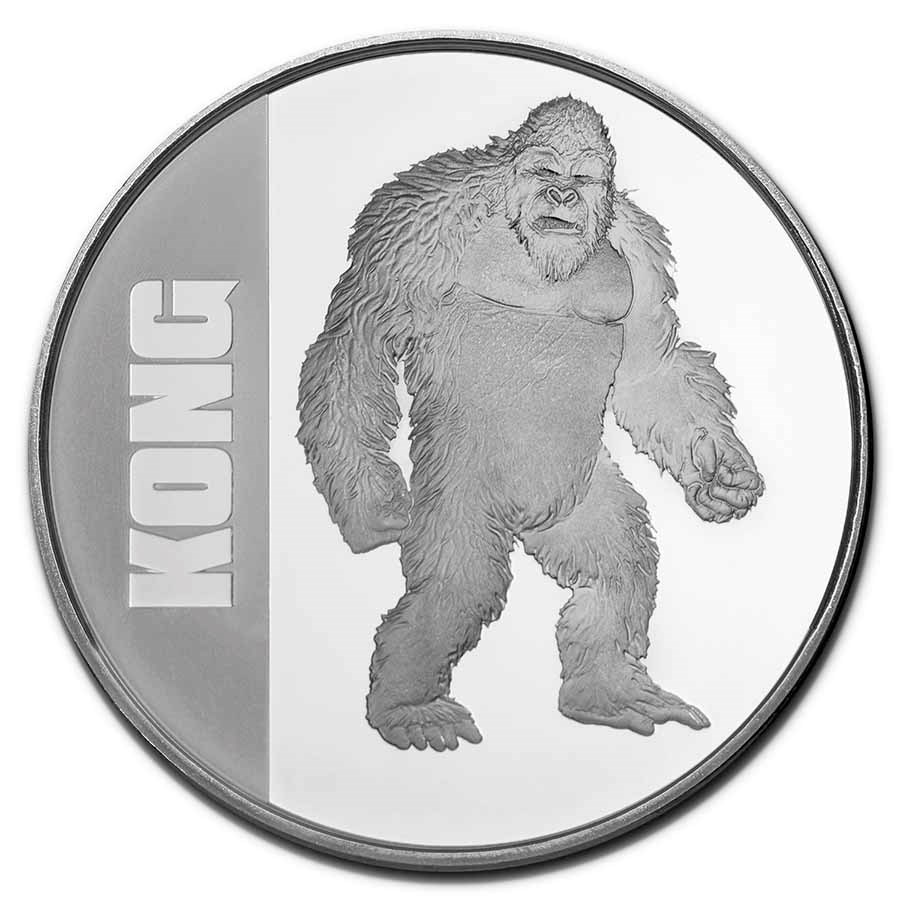 Product Details
Product Details
Available exclusively at APMEX, celebrate the Godzilla vs. Kong movie with this Silver BU coin featuring Kong. There is an extremely limited mintage of 25,000 coins.

Claim one of these coins stamped in .999 fine Silver. These official Kong BU coins make the perfect gift for movie buffs and coin collectors alike.

APMEX has teamed up with Legendary Entertainment and TOHO to release a collection of officially licensed products to celebrate the next epic chapter in the cinematic Monsterverse, Godzilla vs. Kong. Featuring two of the greatest icons in motion picture history, the stunning Gold and Silver coins in this assortment have extremely limited mintages.

The epic clash between two titans will be legendary both on-screen and in your collection with our selection of Godzilla vs. Kong Gold and Silver coins.

This coin is a must for Kong fans. Simple in design, Like it's counterpart. the only thing I do not like is that Kong from a distance, Kong looks like Sasquatch. under magnification the detail shows it is an ape. Still for the true fan it is a good investment.

This was my 11 year old Grandsons Birthday Gift. He was over the Moon about it !!

I like the Kong coin. Added it to my collection because who does not love KING KONG!?!!