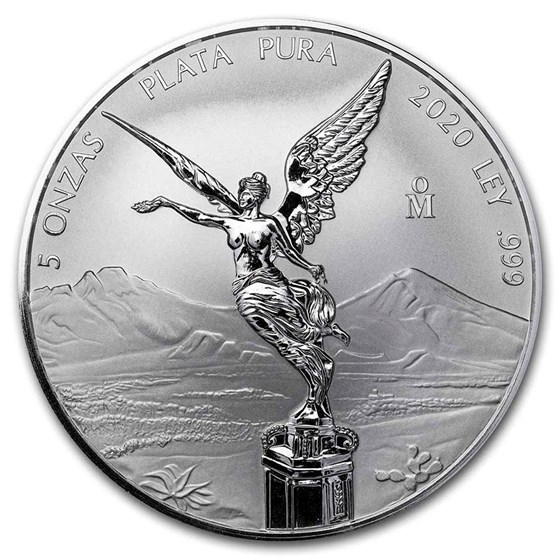 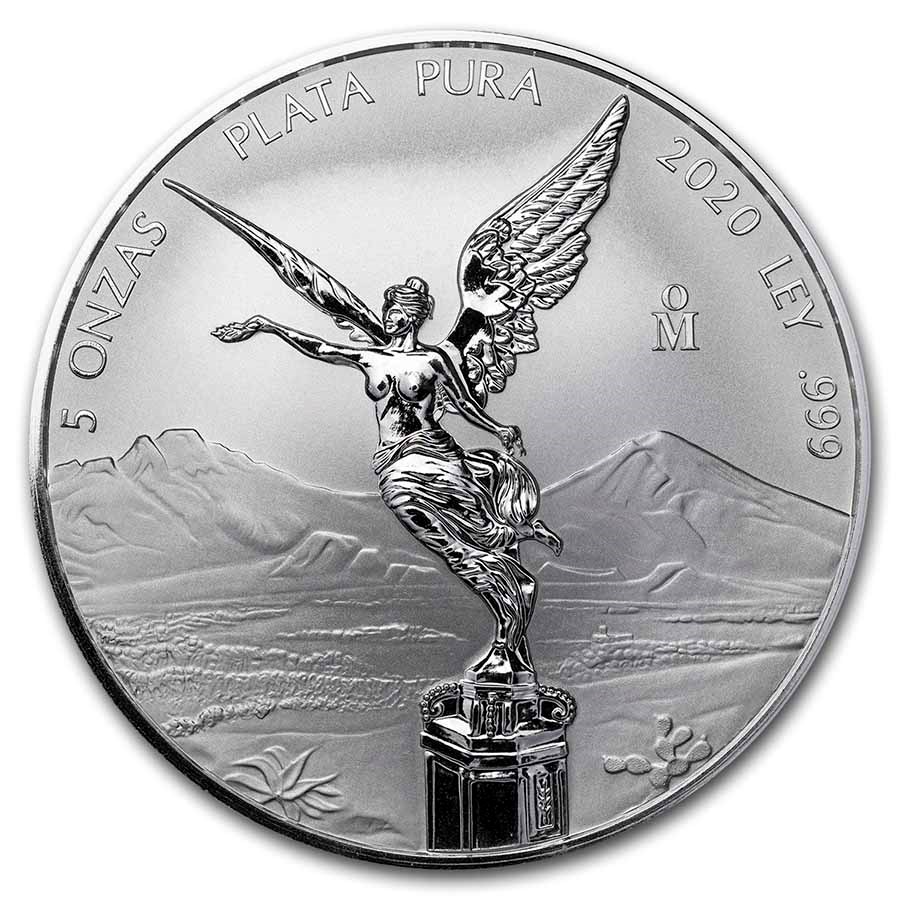 Your purchase is guaranteed to match the quality of the product shown. It will not be this exact item.
Product Details
Product Details
This 2020 5 oz Libertad carries on the Silver Libertad's rich and proud tradition in a Reverse Proof version, the fourth year of issue in this finish. There is a limited mintage of 1,000 of these worldwide, making these a great collector's item.

Due to limited quantities and high demand, there is a limit of 10 per customer.

Handle your Silver Libertad with care by adding these cotton gloves to your order.

This magnificent Reverse Proof 5 oz Silver coin is a popular choice not only because of its attractive design, but also for being only the third year of issue in a reverse proof finish for the 5 oz size. It is also minted at Casa de Moneda de México, the oldest mint in North America. Own a true beauty. Add this 2020 5 oz Reverse Proof Silver Mexican Libertad coin to your cart today!

5 oz Silver Libertad Reverse Proof
The 5 oz Silver Libertad coins in .999 fine Silver feature the coat of arms of Mexico on the obverse, surrounded by the historical Mexican coat of arms. This coin has a beautiful reverse proof finish, and is the fourth year of release of the Reverse Proof 5 oz Silver Libertad. Previous releases have sold out quickly, and are popular among collectors. The reverse design on the coin features the two volcanoes Popocatépetl and Iztaccíhuatl, which have a legendary love story tied to them. The legend based on Aztec mythology tells the story of these two volcanoes, who were once star-crossed lovers - the princess Iztaccíhuatl and the brave warrior Popocatépetl. Iztaccíhuatl's father demands that Popocatépetl defeat their enemy before taking the princess as his bride. While the brave warrior fights and defeats the enemy, a rival spreads false news to the ruler that Popocatépetl has been defeated. When Iztaccíhuatl learns of this, she falls ill and dies from heartbreak. The Gods turn the humans to these two mountains, so that the two lovers can finally be together.