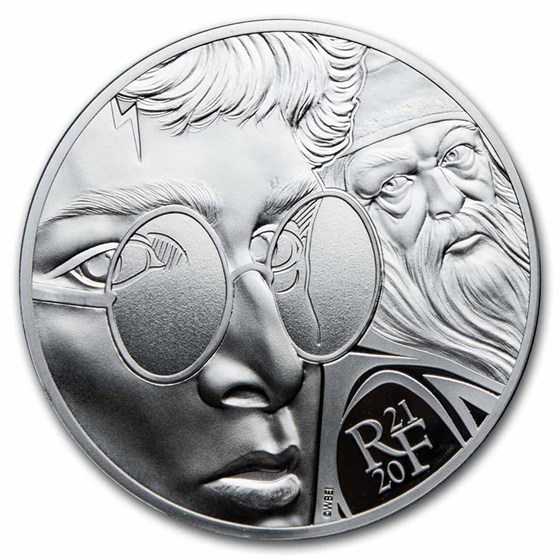 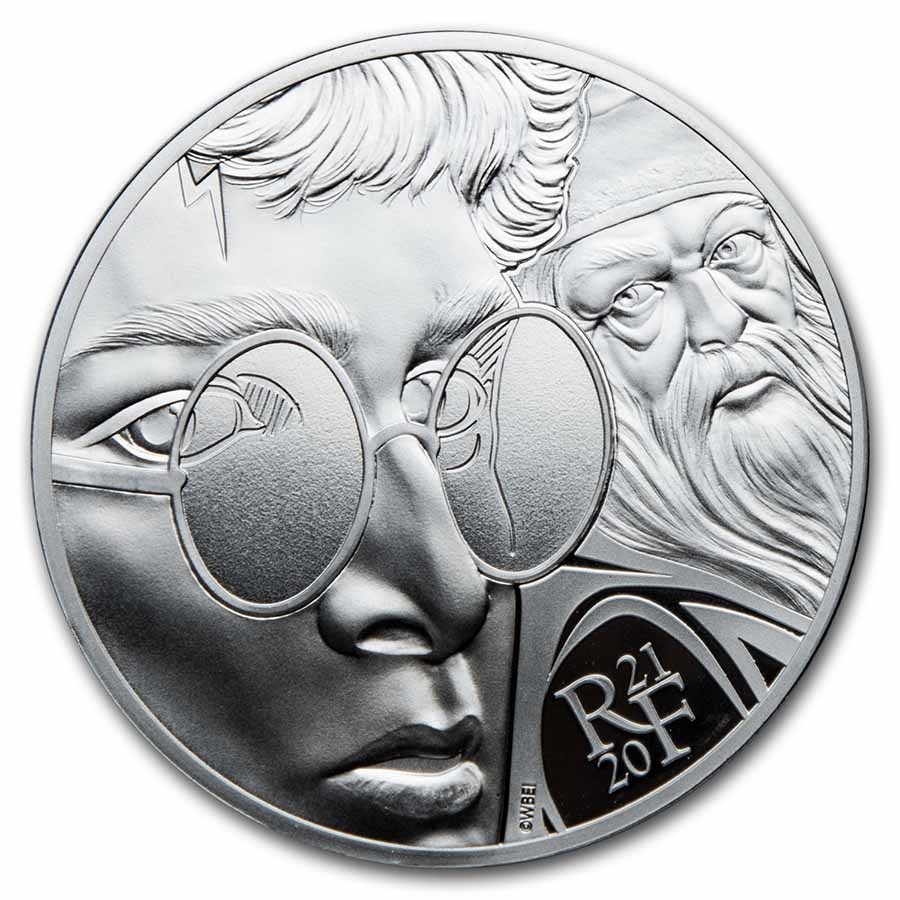 Product Details
Product Details
This officially licensed Harry Potter coin features the famous wizard along with Professor Dumbledore and has a limited mintage of only 5,000.

This unique Silver coin would be a great addition to any collection or an ideal gift for a Harry Potter enthusiast. Add this 2021 Silver €10 Harry Potter Proof coin to your cart today!

Harry Potter
Created by JK Rowling and first published in 1997, Harry Potter is a mythical saga following the adventures of a young wizard and his years at The Hogwarts School of Witchcraft and Wizardry fighting against the dark wizard Voldemort. The series has sold more than 50 million copies since it was first released and has been adapted into 8 films.