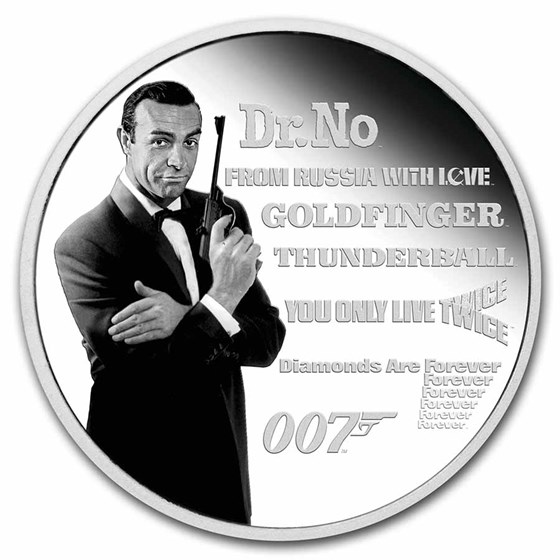 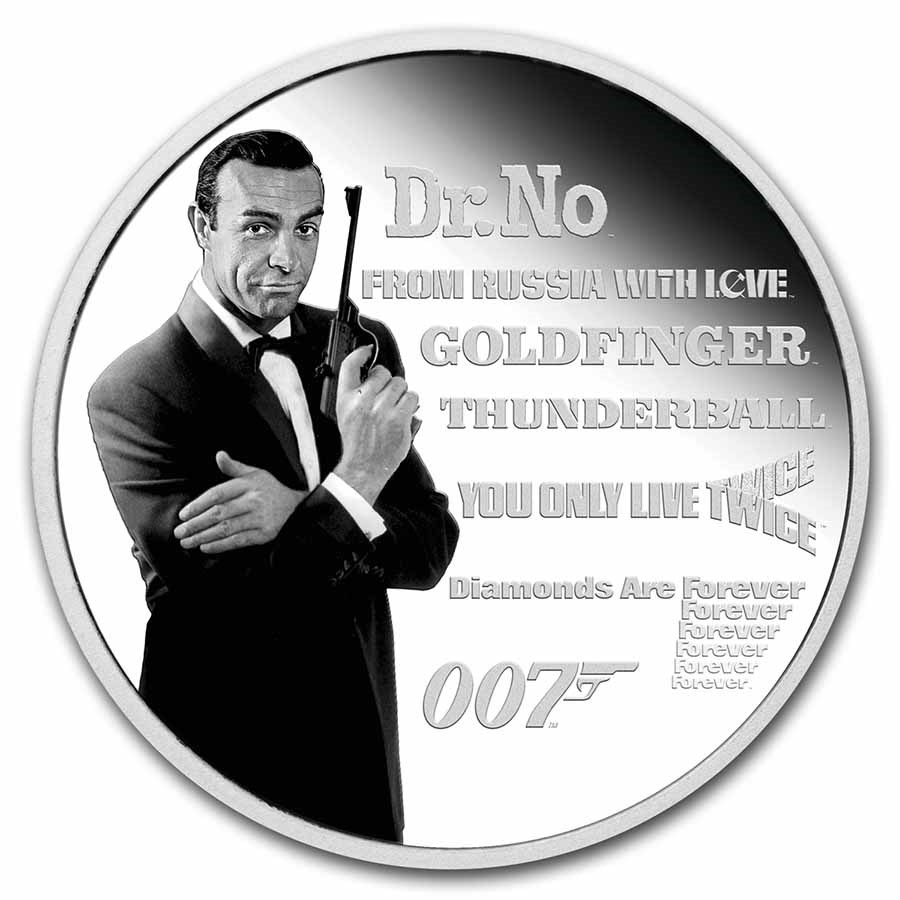 Your purchase will match the quality of the product shown.
Product Details
Product Details
The Perth Mint pays tribute to the late Sir Sean Connery with this special Silver proof coin for fans of James Bond and collectors of official movie memorabilia.

This special release will be a true collector item for years to come! Order this 2021 Silver James Bond Legacy Series Proof coin today!

Sean Connery was the first actor to play fictional British Secret Service agent James Bond on the big screen. Chosen for the role by producers Cubby Broccoli and Harry Saltzman, who acquired the rights to Ian Fleming’s Bond novels in 1961, his powerful portrayal in Dr. No immediately established the charismatic operative also known as 007 as one of cinema’s most recognizable characters. For many fans he remains the quintessential Bond.

James Bond is a fictional British Secret Service Agent created by author Ian Fleming in 1953. Producers Albert R. ‘Cubby’ Broccoli and Harry Saltzman brought Bond to cinema screens for the first time in 1962 with Dr. No. More than 50 years later James Bond continues to entertain and excite audiences around the world in one of the longest running and successful film franchises.

Just love how this coin out. The box which it comes with is even cooler along with a magnet snap on led with the all the amazing details. My only regret is I didn’t buy more like the 10 oz beskar. Never miss a chance to get these type of items as once they are gone you kick yourself