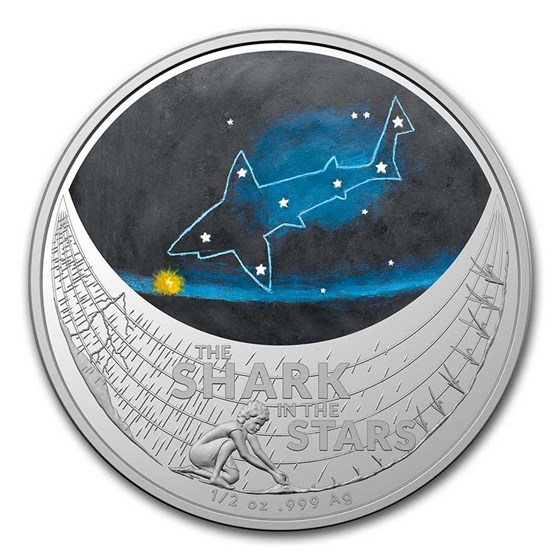 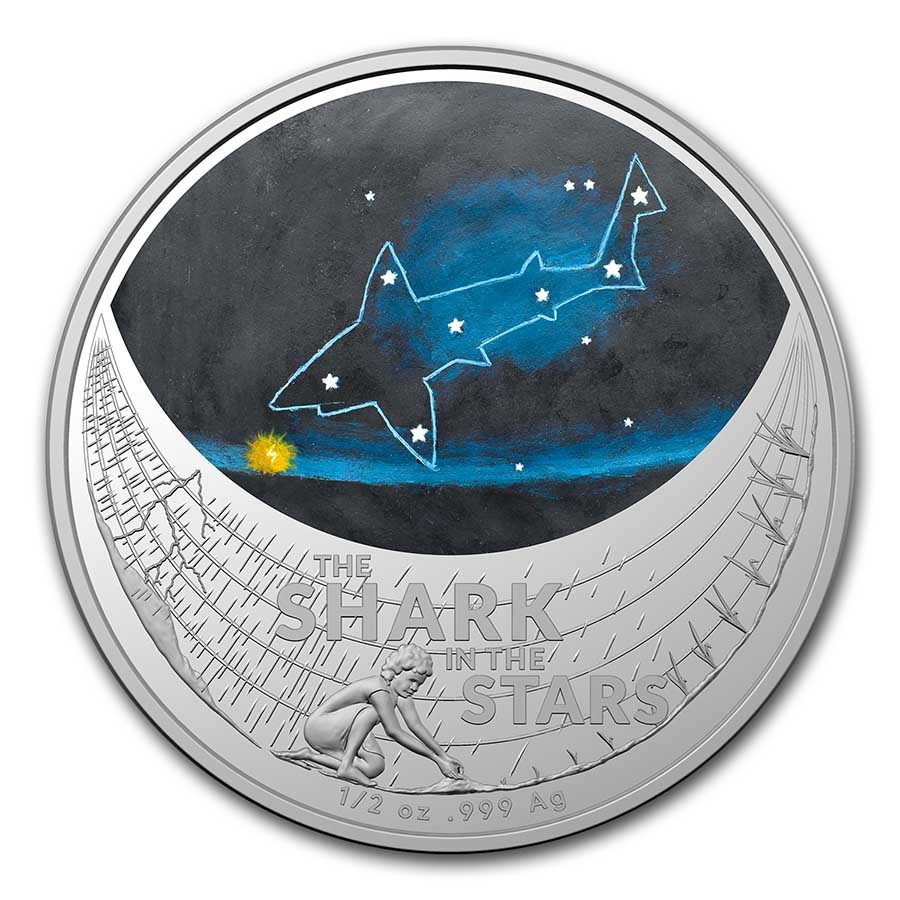 Product Details
Product Details
This stunning coin captures the seven stars, that make up the shape of a shark in the third coin of the Star Dreaming collection. The coin has 1/2 ounce of .999 fine Proof Silver, and a limited mintage of 5,000. The coin includes a box and certificate.

Coin Highlights:
The seven stars in the big dipper and big bear (Ursa Major) constellation make up the body of the deep sea predator, the shark. The shark's position in the sky indicates when to plant crops and the timing of seasonal storms. The third and final coin in the Star Dreaming series celebrates this constellation. Add this 1/2 oz Silver Star Dreaming Shark in the Sky coin to your cart today!

Emu in the Sky
Australian Aboriginal culture dates back more than 65,000 years. For tens of thousands of years, stars have been used as maps, calendars, time keepers and provided a backdrop for important storytelling. The Emu in the Sky, "Gugurmin", constellation traces the dark spaces in the Milky Way, and represents various stories. In the Northern Territory, one tale tells of a blind man banishing the spirit of the emu to the sky after his wife died trying to collect eggs. In Ku-ring-gai Chase National Park, there is an Aboriginal engraving that appears to match the Emu in the Sky constellation. The orientation of the constellation changes throughout the year, with the emu at different times appearing to be running, or sitting. This helped some tribes know whether it was emu hunting or collecting time.