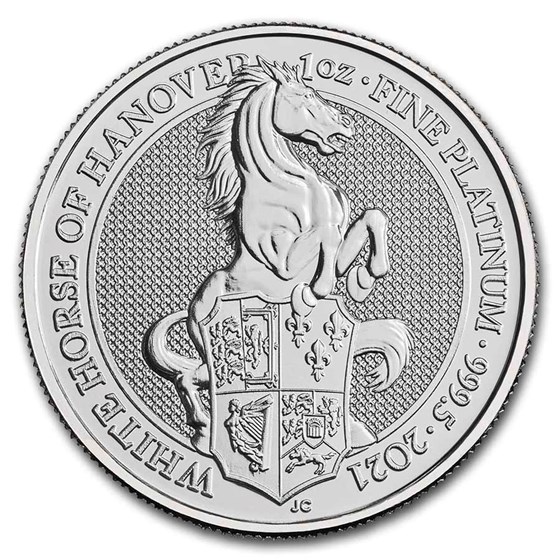 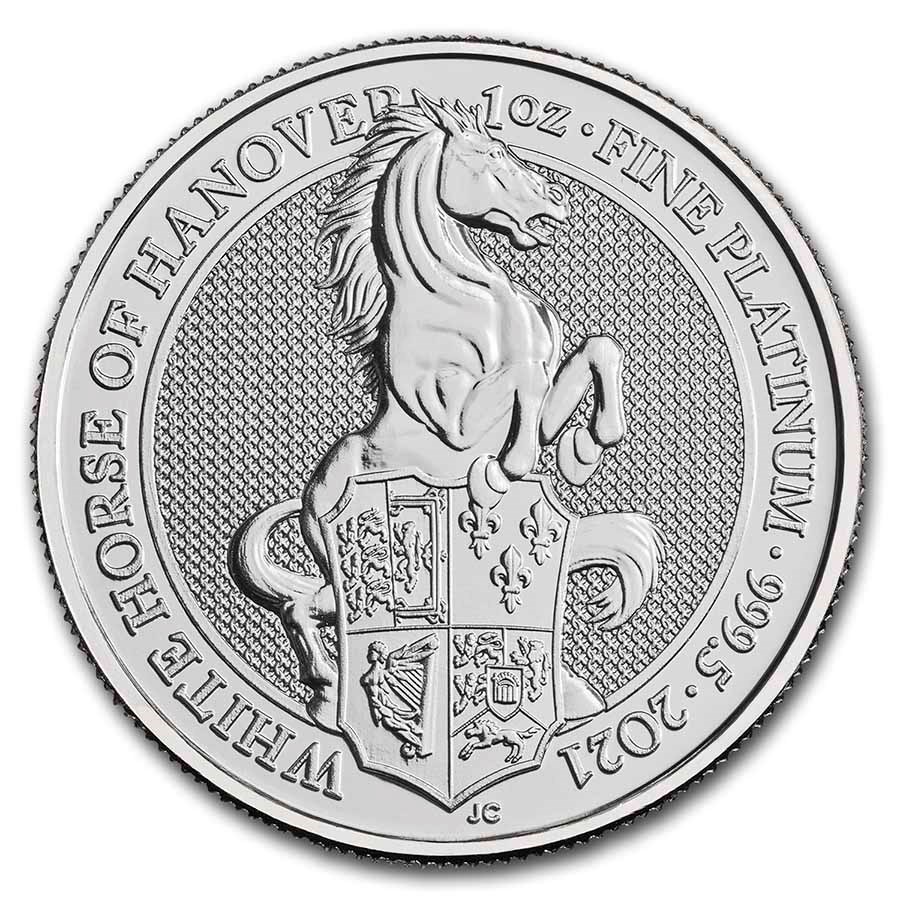 Your purchase is guaranteed to match the quality of the product shown. It will not be this exact item.
Product Details
Product Details
The striking design of the Queen's Beasts White Horse of Hanover is available in glistening .9995 fine Platinum. The ninth release of the Queen's Beasts series in 1 oz Platinum, the White Horse continues the success of this series from The Royal Mint.

Display your 1 oz Platinum Queen's Beasts The White Horse in style by adding an attractive display box to your order.

When Her Majesty The Queen was crowned in 1953, the entrance to Westminster Abbey was guarded by ten fantastical creatures. The Queen’s Beasts were six-foot-tall statues that symbolized the heritage and history Queen Elizabeth II inherited that day. These royal protectors have been brought to life in a collection named in their honor, which began in the year The Queen became the world’s longest reigning living monarch and continues in the year of Her Majesty’s Sapphire Jubilee.