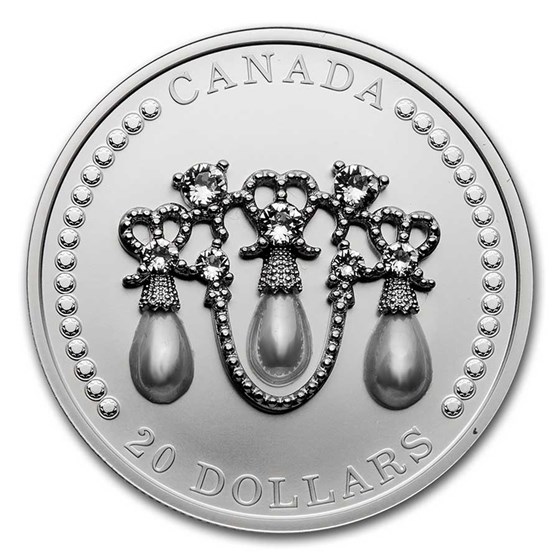 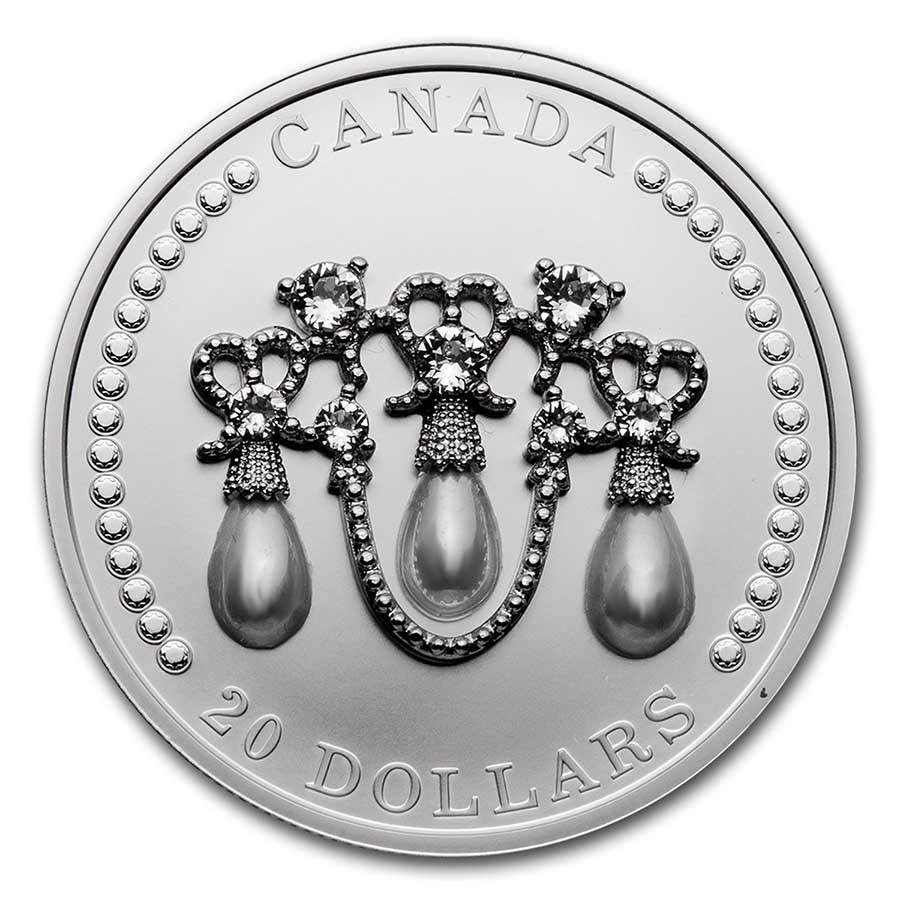 Product Details
Product Details
One of the most famous royal pearl heirlooms, the beautiful Lover's Knot Tiara was commissioned by Queen Mary and passed down to her granddaughter, Her Majesty Queen Elizabeth II.

It inspired the rhodium-plated design on this 2021 fine silver coin, which doubles as a special tribute to Her Majesty on the year of her 95th birthday. Paired with a special four-effigy obverse that marks the occasion, the tiara-themed reverse is "dripping" with mother of pearl and sparkling Swarovski® crystals.

A stunning gift for that someone special who adores royal jewelry. Add this Silver Queen Elizabeth II's Lover's Knot Tiara coin to your cart today!

This famous tiara is also known as Queen Mary's Lover's Knot Tiara, for it was Queen Mary who commissioned it from the House of Garrard in 1913. Modelled after the original Cambridge Lover's Knot Tiara worn by her grandmother and aunt, Queen Mary's version of the tiara is made from diamonds and pearls that once adorned the Ladies of England Tiara. The regal headpiece was passed down to Her Majesty Queen Elizabeth II in 1953; it was later loaned to Diana, Princess of Wales, and has been frequently worn by Her Royal Highness The Duchess of Cambridge.