2021 Canada Ag $50 Lost Then Found: Champlain and the Astrolabe 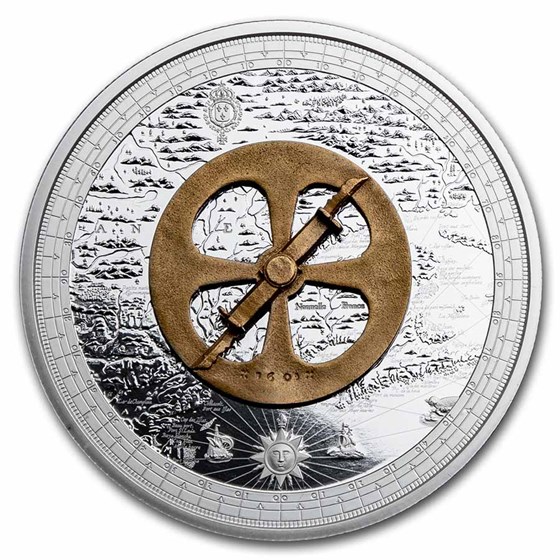 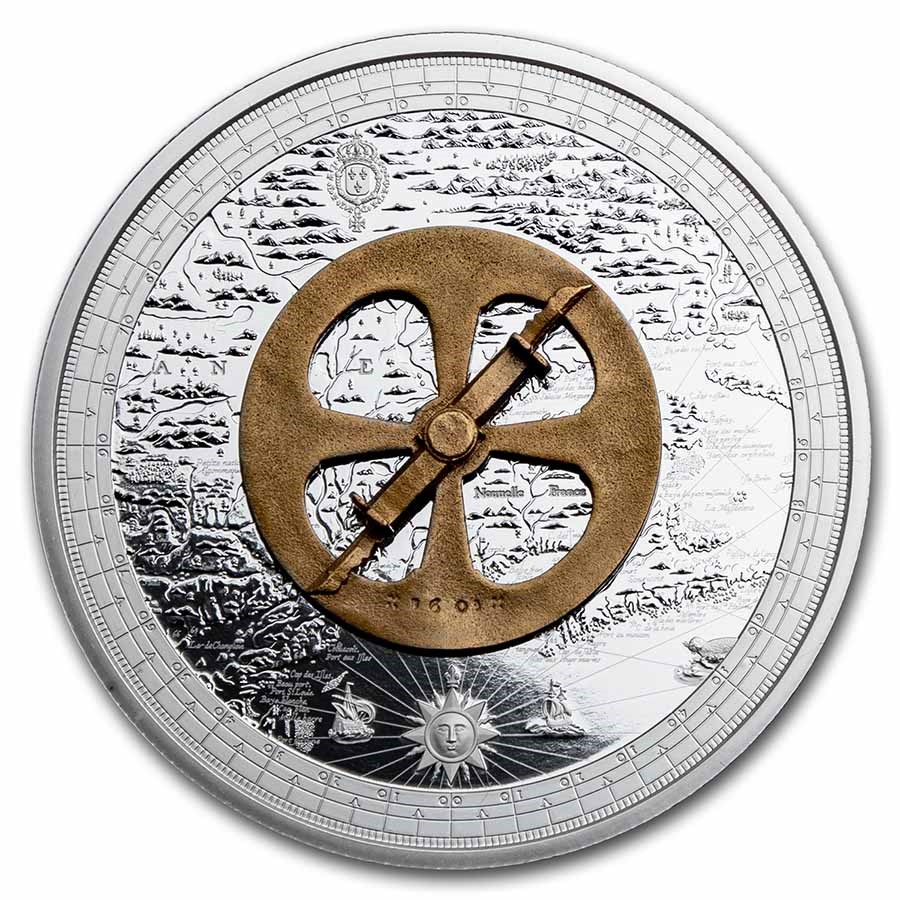 Your purchase will match the quality of the product shown.
Product Details
Product Details
Sold out at the mint! The tale of the 17th century mariner's astrolabe found near Cobden, Ontario, is the inspiration for this 5 oz Silver coin.

Its reverse features a small-scale reproduction of the lost-then-found astrolabe, cast in silver and bronze plated fixed atop Samuel de Champlain's map of New France (1632). The astrolabe's graduated scale encircles the map, which has been re-created using a mix of traditional and laser engraving that gets all the details right. The end result is a design that perfectly channels the spirit of the era in which the astrolabe was made, used… and lost!

An extraordinary showcase of two historical treasures that symbolize the spirit of discovery. Add this one of a kind Champlain and the Astrolabe coin to your cart today!

Shipped well protected Box and sealed was A1