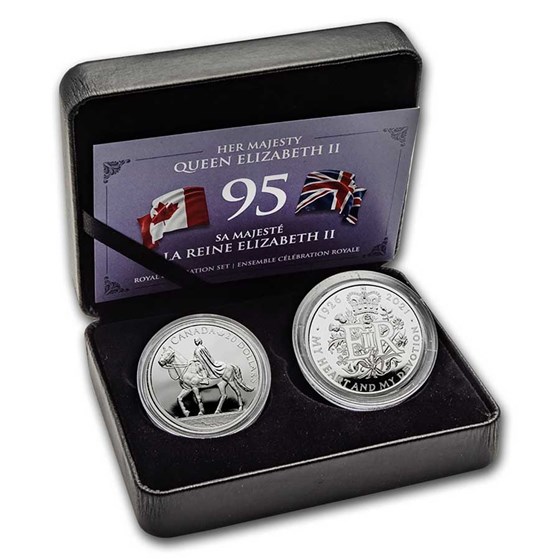 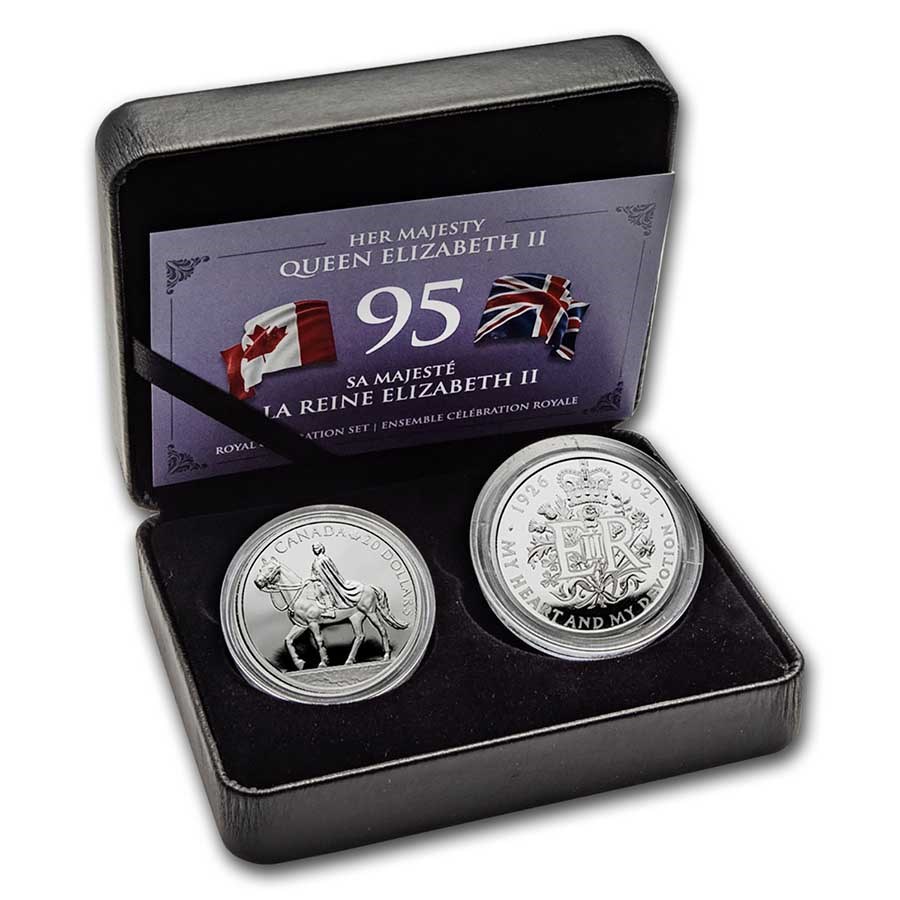 $24.57
As Low As
Product Details
Product Details
In honor of Her Majesty Queen Elizabeth II's 95th birthday, the Royal Canadian Mint and The Royal Mint are pleased to present this two-coin set that celebrates the shared sovereign.

Her Majesty is our first reigning monarch to reach a 95th birthday—a personal milestone that is cause for celebration in 2021. Beautifully rendered and presented side by side, these 1 oz Silver coins form a lovingly crafted, two-nation tribute to Her Majesty on this momentous occasion.

Coin Highlights:
Celebrate Her Majesty's 95th birthday with this two-coin set from The Royal Mint and the Royal Canadian Mint. Her Majesty is the first reigning monarch in history to reach a 95th birthday. Add this Royal Celebration Set to your cart today!

What a GREAT 2-coin set!

I wanted to find a coin to commemorate the Queen's 95th birthday. Wow! I hit the jackpot with this 2-coin set from both the Royal Mint & the Royal Canadian Mint. Both coins are stunning and full of detail. As always, APMMEX shipped this package very securely. I am very happy with my purchase!