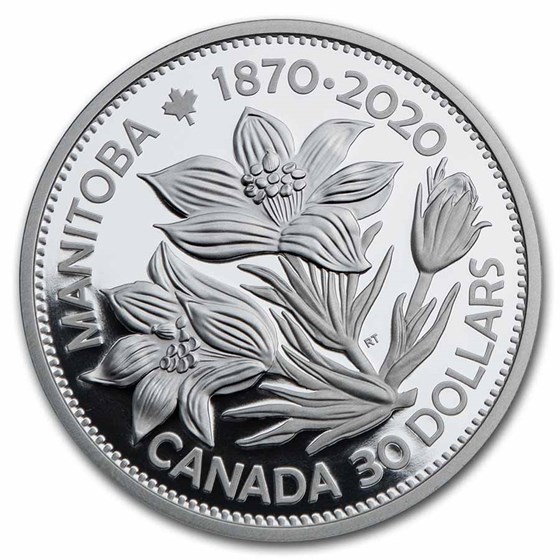 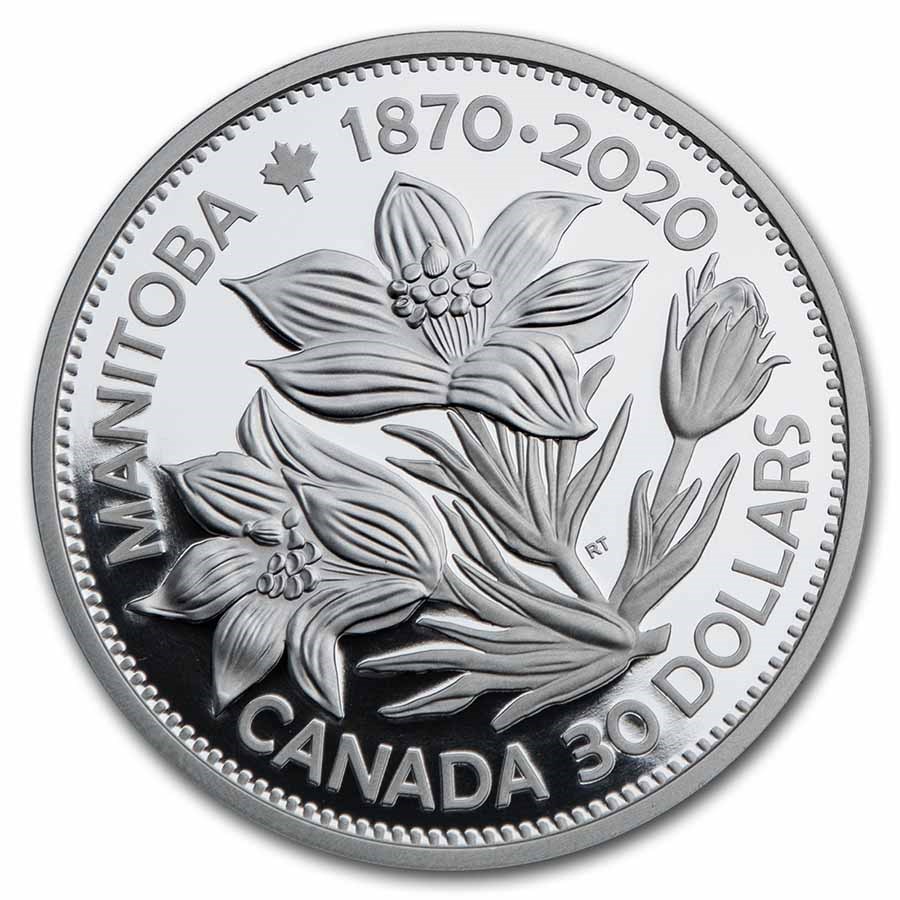 $24.69
As Low As
Product Details
Product Details
The year 2020 marked the 150th anniversary of Manitoba’s entry into Confederation, and the RCM is commemorating this milestone with a special issue: a 2 oz pure silver version of the 1970 Manitoba Centennial nickel dollar.

This commemorative piece is nearly twice the size and every bit as detailed as the original issue—it even features the same effigy (by Arnold Machin) on its obverse.

A wonderful gift to celebrate and remember the 150th anniversary of Manitoba’s entry into Confederation. Add this 2020 Manitoba 150 United in Celebration coin to your cart today!

One of the best coins in my collection! I love US mint commeratives but the Royal Canadian mint really takes it home on coins like this one!! 10/10