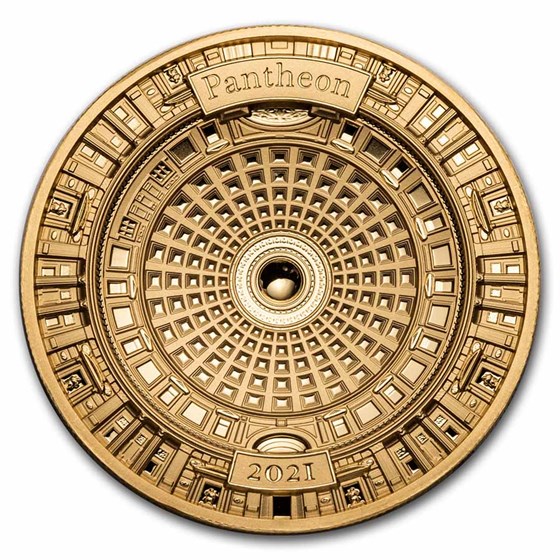 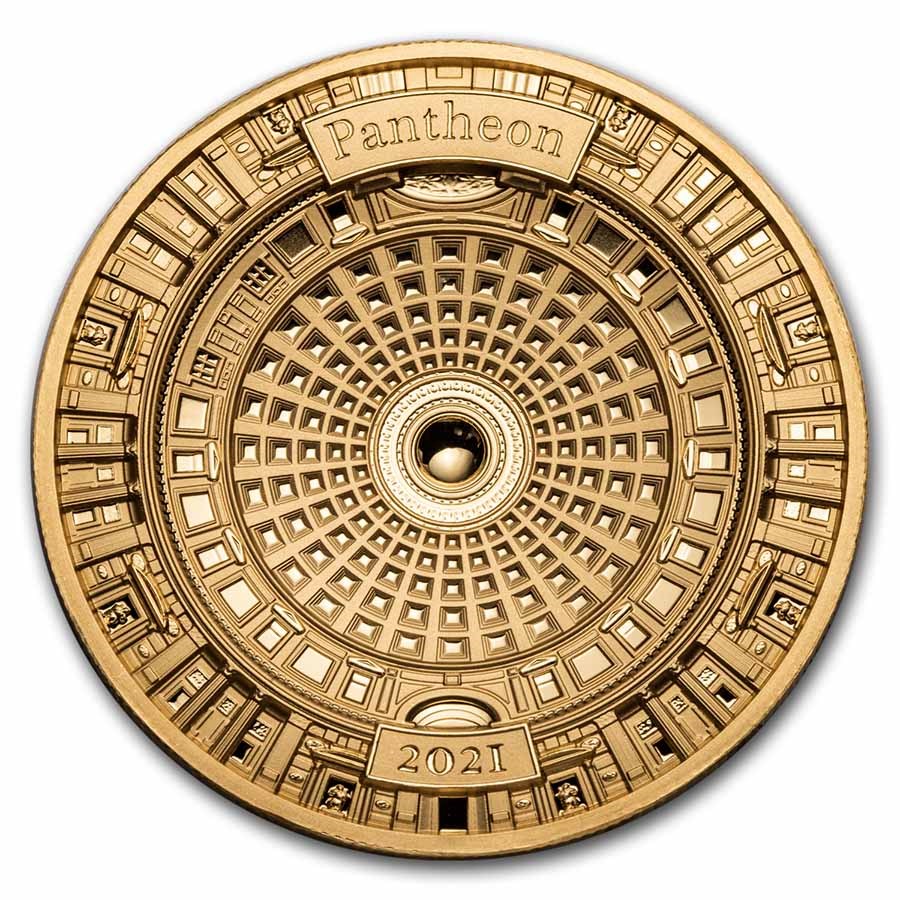 Pantheon
The Pantheon is located in Rome, Italy. It features a rotunda with a massive domed celling. The domed ceiling was the largest of its kind when it built. The oculus is an opening at the top of the dome and it has no covering.

MDM Mint
MDM Mint creates beautiful and unique coins. MDM, short for Münzhandelsgesellschaft mbH & Co. KG German Coin, is one of the largest international mints and is also a member of the Richard Borek Group. Founded in 1893, this group is an internationally active coin trading company that is one of the world market leaders for precious metal collectibles.