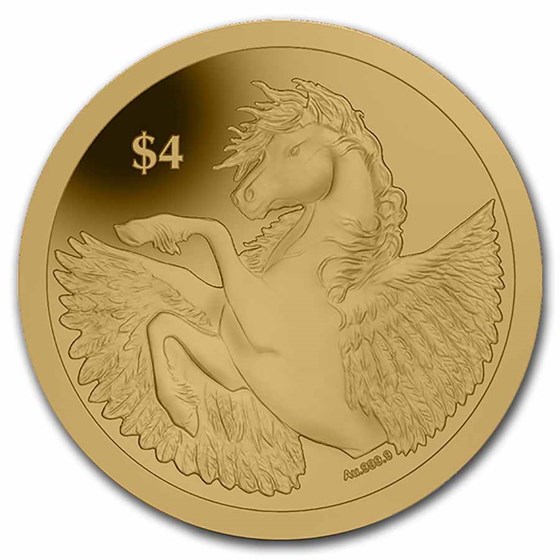 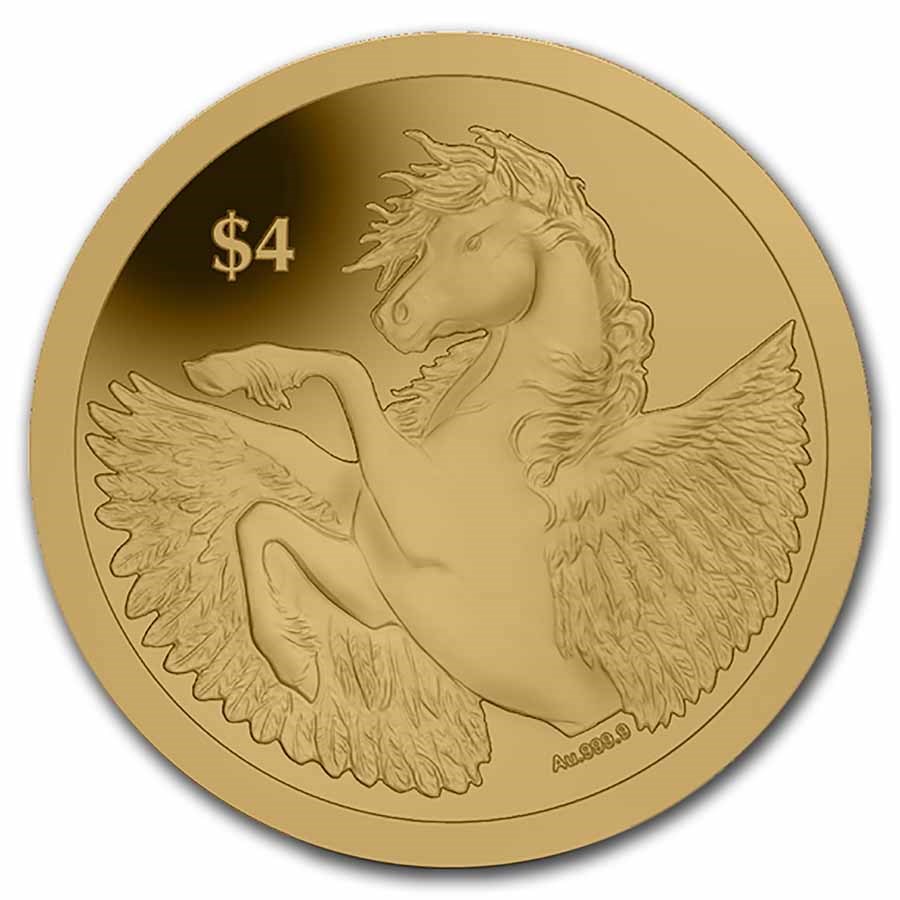 Your purchase is guaranteed to match the quality of the product shown. It will not be this exact item.
Product Details
Product Details
This APMEXclusive® bullion coin was minted on behalf of the British Virgin Islands by Pobjoy Mint. The beautiful 1/2 gram .999 fine Gold Proof coin has an extremely limited mintage of only 199 coins worldwide.

Protect and display your Gold Pegasus Proof Cameo coin in style by adding an attractive display or gift box to your order.

This coin would be a great addition to any coin collection or portfolio. Own this exciting bullion coin minted for the British Virgin Islands by adding this stunning 1/2 gram Gold Pegasus Proof Cameo coin to your cart today.

Pobjoy Mint:
Pobjoy Mint is a privately held company in Surrey, England was founded in 1965 by Derek Pobjoy and continues to be a family ran business. Pobjoy is the leading manufacturer of legal tender coins for British Overseas Territories. As a private mint, they also produce medals, medallions, official regalla (royal crowns and scepters), tokens, and a wide range of numismatic coins. Also, Pobjoy is known for developing the first man-made Precious Metals called Virenium®. Additionally, Pobjoy is the only mint that has perfected the manufacturing of colored Titanium coinage in the world!

Pegasus:
In Greek mythology Pegasus is one of the best-known creatures in Greek mythology. This winged horse is usually depicted as white in color and was always considered a good-hearted and gentle animal. Throughout his life, Pegasus remained a mysterious creature that symbolized divine inspiration or the journey to heaven. As a reward for his service and loyalty, Zeus honored him with a special immortality, turning him into a constellation on the last day of his life.