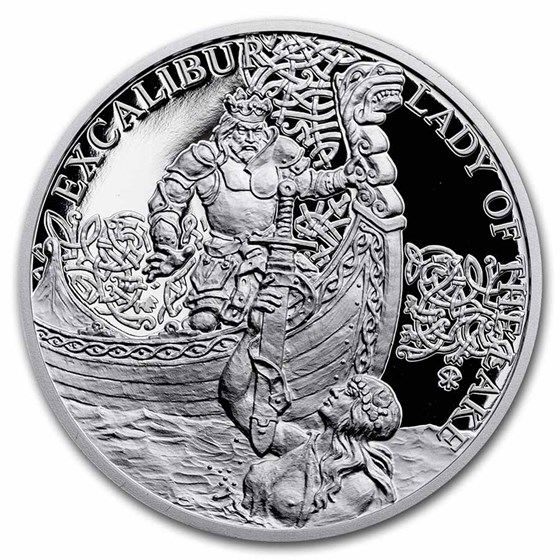 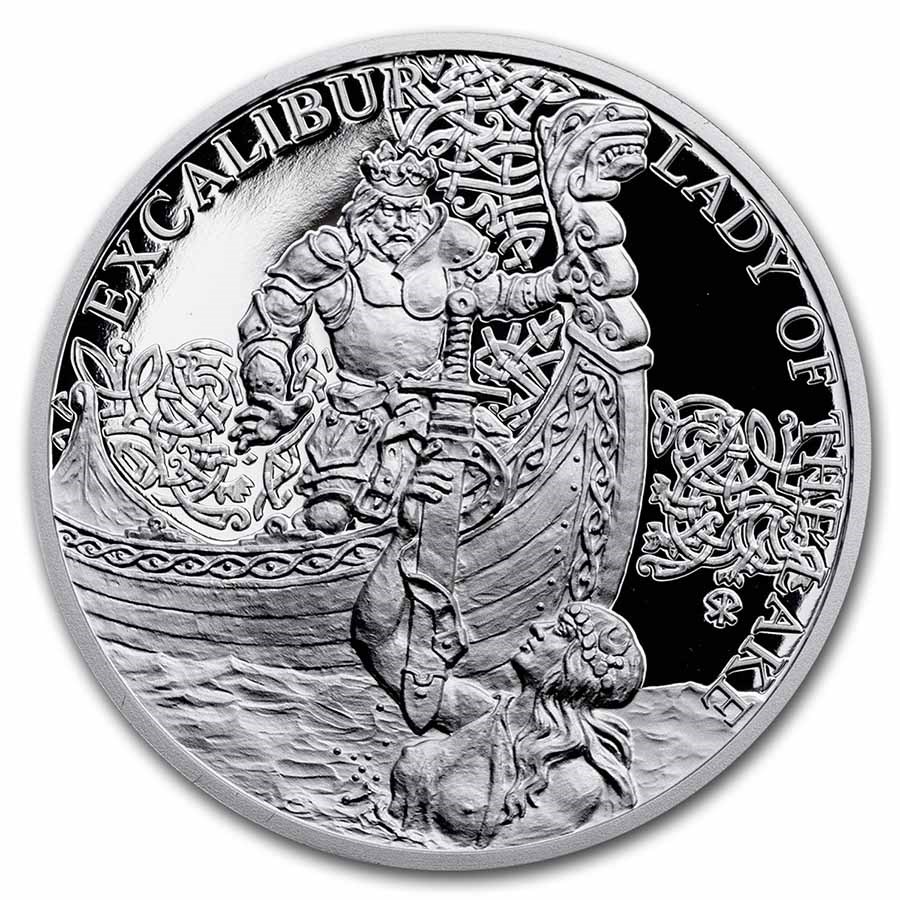 Your purchase is guaranteed to match the quality of the product shown. It will not be this exact item.
Product Details
Product Details
This is the second coin dedicated from a mini-series inspired by The Legend of King Arthur. A worldwide mintage of only 1,000.

Handle your 1 oz Silver King Arthur coin with care by adding these cotton gloves to your order.

The legend continues with this amazing coin. Add this Excalibur and Lady of the Lake Silver coin to your cart today!

King Arthur
Two legendary blades, which are often confused, are associated with Arthur's fate. The first is known as the sword in the stone. Legend says that this weapon was struck in a rock, from which, only the true heir to the throne could free it according to the prophecy of the wizard Merlin. A series of noble lords tried in vain, however, the simple squire Arthur, who had no idea of his noble origins, succeeded. When King Arthur broke his sword in battle with King Pellinor, Merlin led him to the Lady of the Lake. This fairy gave Arthur a new sword, which provided his owner with extraordinary power.