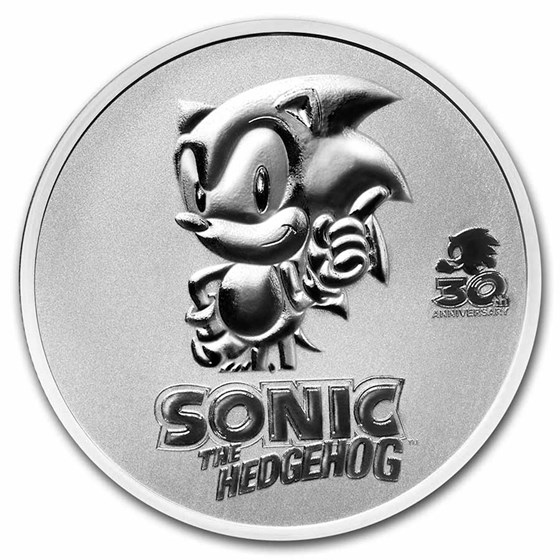 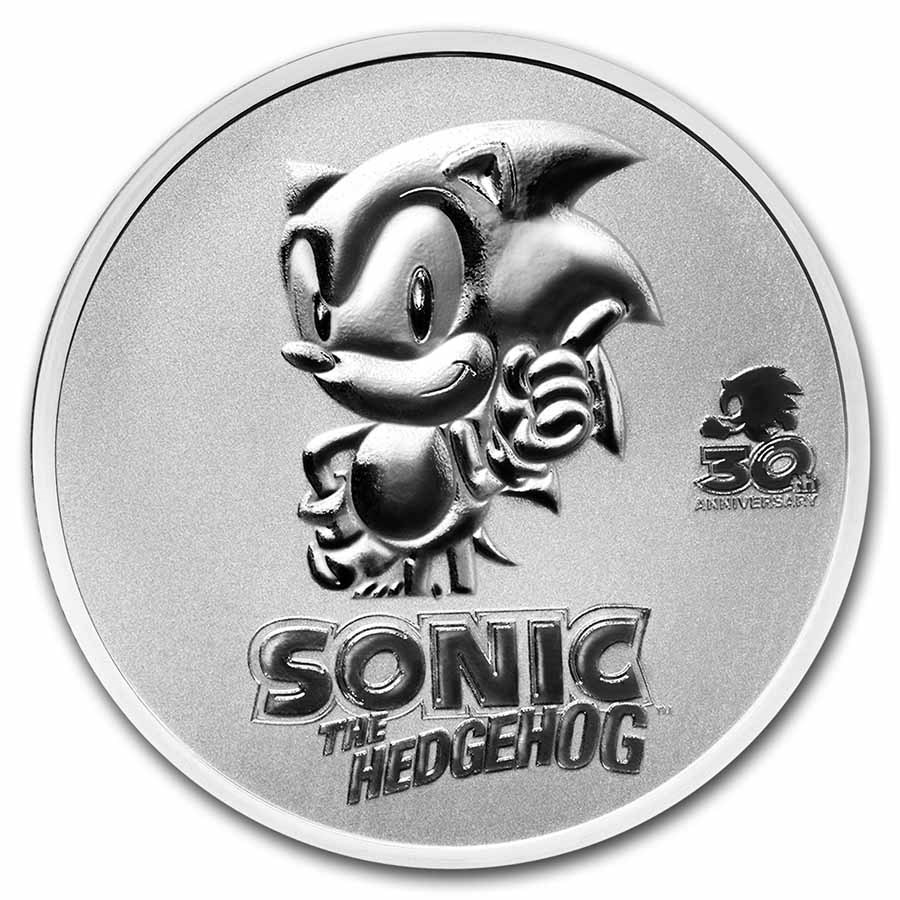 Product Details
Product Details
As low as $6.99 per coin over spot
Available exclusively at APMEX, celebrate the 30th anniversary of Sonic the Hedgehog with this Silver BU coin. There is an extremely limited mintage of 30,000 coins.

Claim one of these coins stamped in .999 fine Silver. These official Sonic BU coins make the perfect gift for SEGA fans and coin collectors alike. Add this 2021 1 oz Silver Sonic The Hedgehog Brilliant Uncirculated coin to your cart today!

Grew up playing Sonic the Hedgehog so it was a must have. Nice details on the coin. Very happy!

beautiful coin I wish I had the proof.

not a bad looking sonic

wouldn't mind a ring or two, but it looks pretty good.

After a long wait here it is... great lookin designs coins, high value across all and a happy customer. Happy collecting everyone!

A must for any Sonic fan, one of my favorite in my collection.