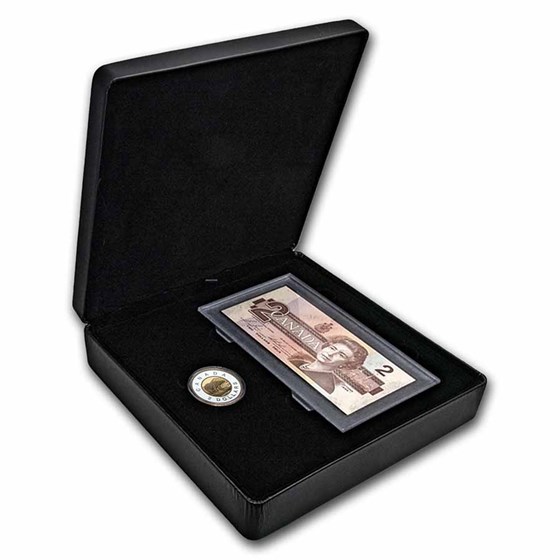 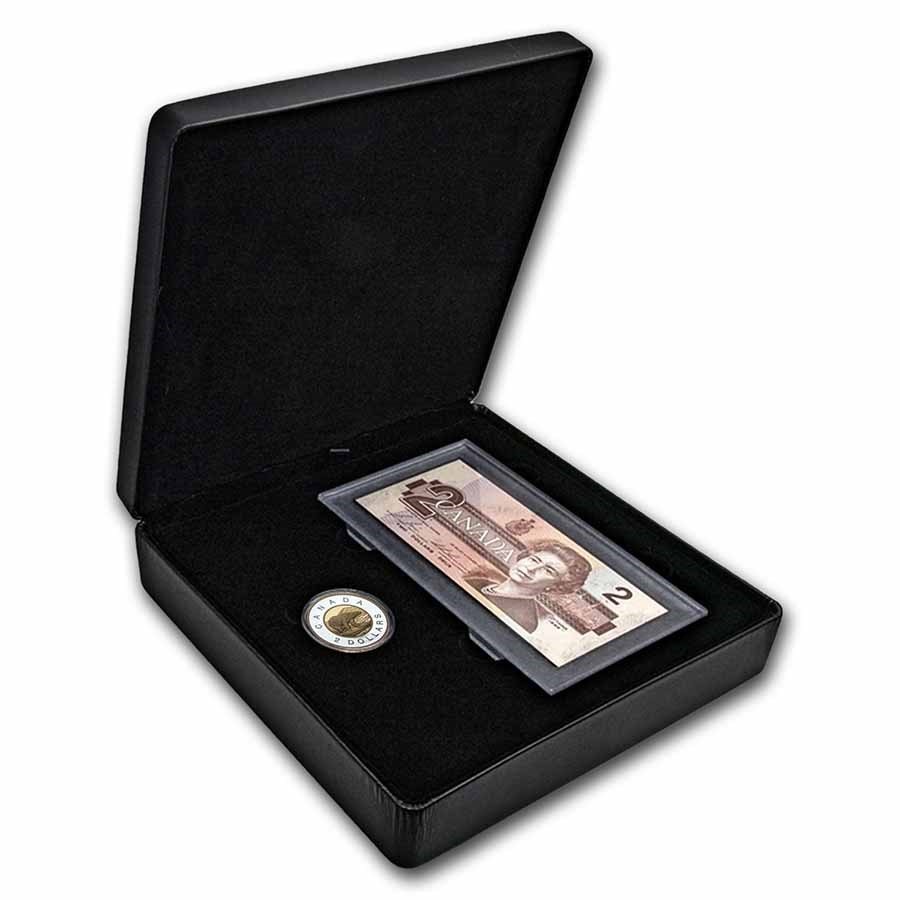 Product Details
Product Details
A look back at the birth of the Toonie! This anniversary set features a 99.99% pure silver recreation of the $2 coin that made its debut on February 19, 1996—the same day Canada ceased to issue $2 bills, like the one featured here.

Sealed in its own capsule, the uncirculated $2 bank note in this set is from the Bank of Canada’s 1986 Birds of Canada series and represents the last of its kind—in fact, this one is a rare BRX replacement bank note that has been locked in the vault for 25 years. As for the fine Silver coin, it is selectively Gold-plated to resemble the beloved bi-metallic circulation piece, which quickly became a fixture in the everyday lives of Canadians.