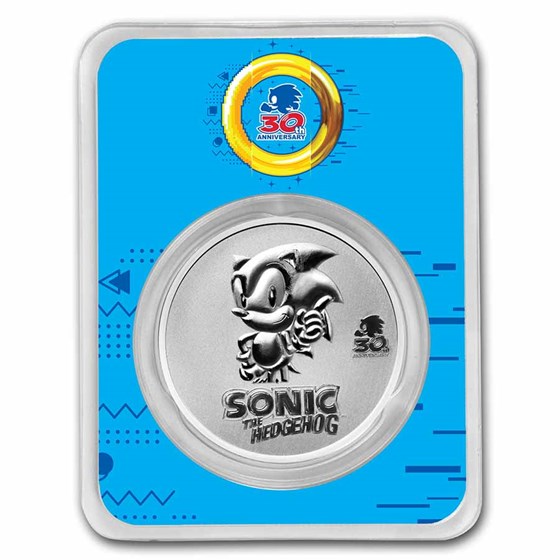 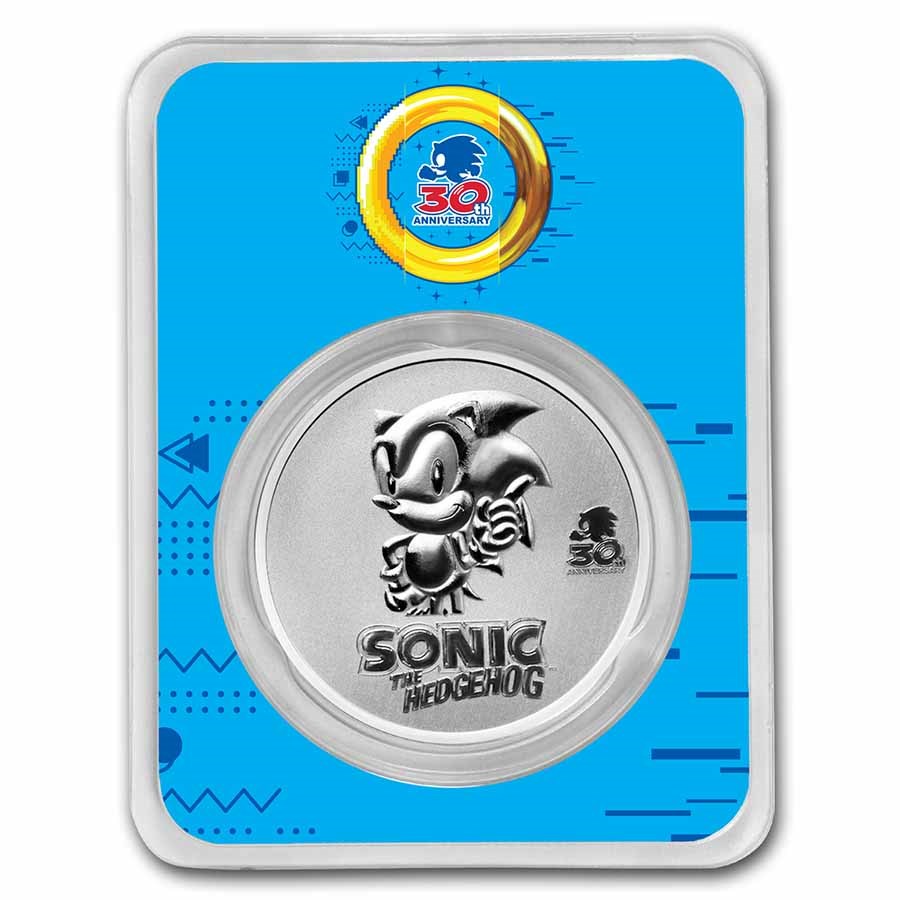 Product Details
Product Details
As low as $9.99 per coin over spot
Available exclusively at APMEX, celebrate the 30th anniversary of Sonic the Hedgehog with this Silver BU coin which comes in licensed tamper-evident packaging (TEP). There is an extremely limited mintage of 30,000 coins.

Claim one of these coins stamped in .999 fine Silver. These official Sonic coins make the perfect gift for SEGA fans and coin collectors alike. Add this 2021 1 oz Silver Sonic The Hedgehog Brilliant Uncirculated coin to your cart today!

This line of collectibles is similar to another. I really wish they had colorized this coin it would make it more collectible but I had to have it anyway! I’m collecting these for the long haul.