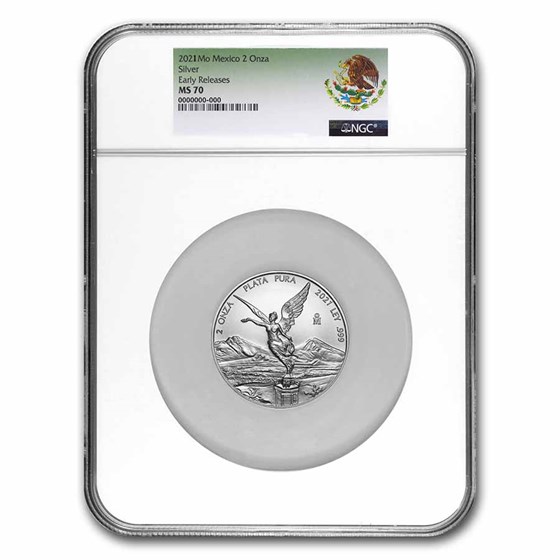 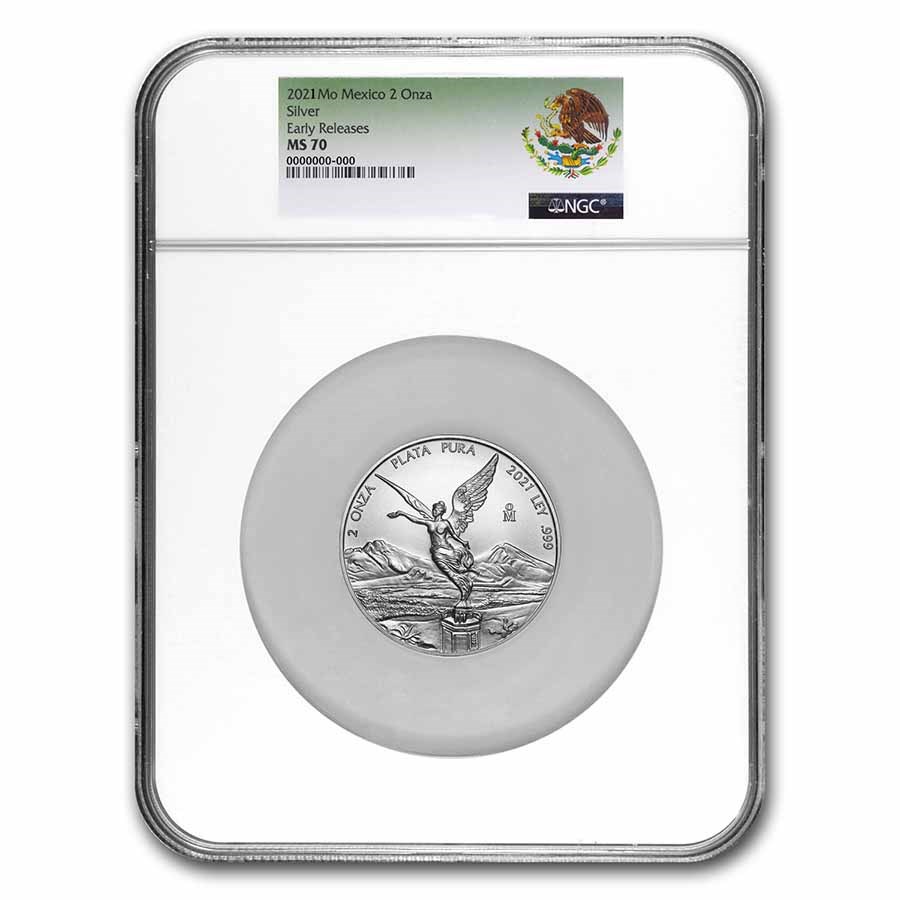 Product Details
Product Details
2 oz Silver Mexican Libertad coins typically have low mintages with premiums that rise quickly, and those graded a perfect MS-70 Early Release are even more difficult to come across.

2 oz Silver Libertads
The Silver Libertad was released in a 2 ounce Brilliant Uncirculated version for the first time in 1996. These coins tend to have much lower mintages than their 1 ounce counterparts, adding to the collectibility of the series. These 2 oz Libertad coins in .999 fine Silver feature the coat of arms of Mexico on the obverse, surrounded by the historical Mexican coat of arms. The reverse features the two volcanoes Popocatépetl and Iztaccíhuatl, which have a legendary love story tied to them.

Certified Silver Libertads add further collectibility to the BU coins, as there is an even more limited quantity available in this perfect MS-70 grade, authenticated by NGC, one of the top grading services in the industry. The coins are individually encapsulated in a NGC holder, guaranteeing the Mint State 70 grade of the Silver Libertad coin.