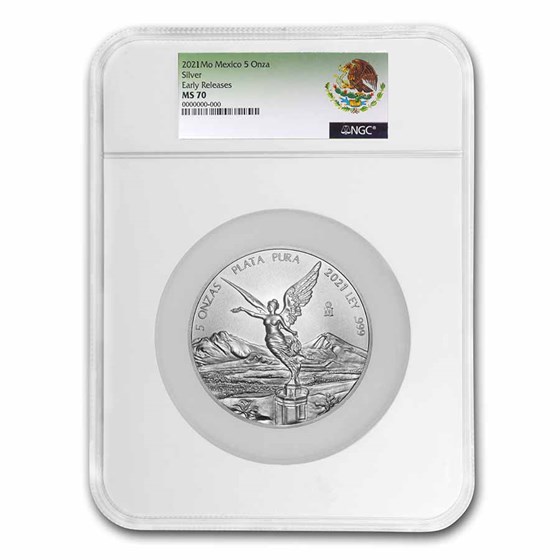 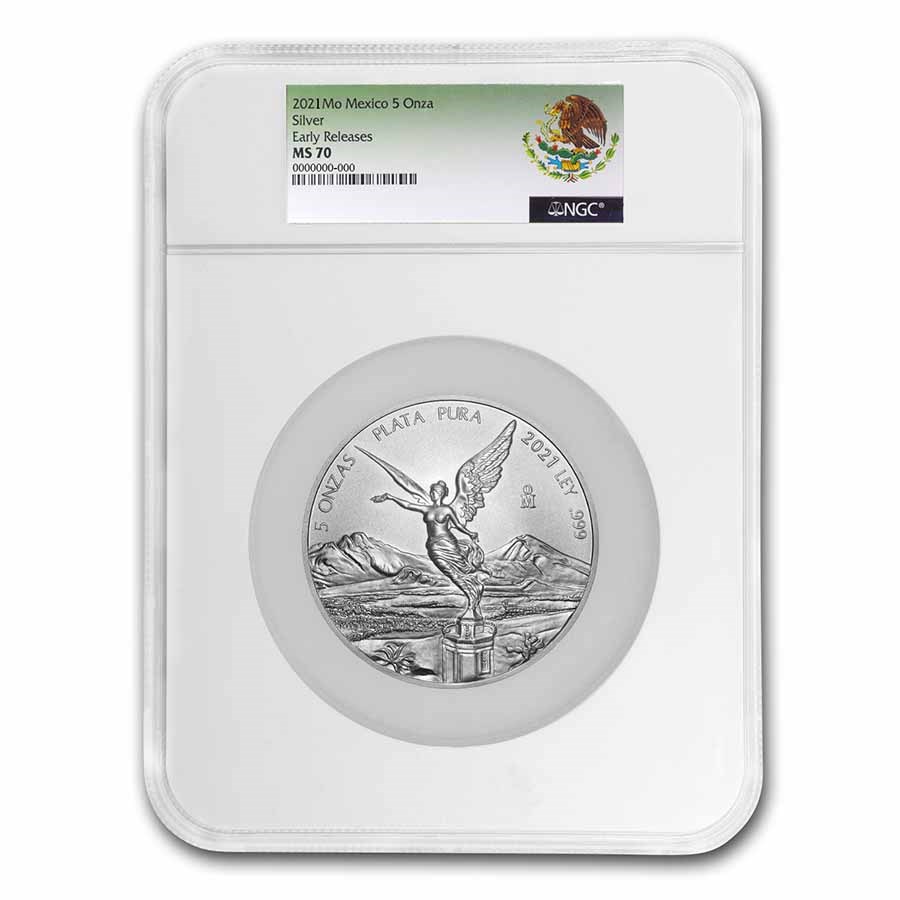 $268.60
Any Quantity
Product Details
Product Details
This 2021 release continues the beloved Libertad series that began in 1982. The 5 oz Silver Libertads typically have low mintages, with premiums appreciating quickly, and those graded a perfect MS-70 Early Release by NGC are even more collectible.

Due to extremely limited quantities, there is an order limit of 5 coins per customer.

Mexican Silver Libertads
The 5 oz Silver Libertad coin in a Brilliant Uncirculated finish was first introduced in 1996, and have been produced annually since their introduction. The coins are produced at La Casa de Moneda de México, the oldest Mint in North America. Each year of release has varying mintages, typically much lower than other bullion counterparts, which adds to the collectibility of the Libertad series. The 5 oz Silver Libertad is a popular choice for collectors, for those looking for a larger size of the popular 1 oz coin. The 5 oz Silver Libertad has a large diameter of 65 mm, meaning the beautiful design of Popocatépetl and Iztaccíhuatl behind the famous Winged Victory statue is shown in even larger detail. On the obverse, the detail in each of the Mexican coat of arms is magnified, making a classic design even more elegant.

Certified Silver Libertads are also a popular choice for coin collectors, as there are even more limited quantities of coins available in a perfect MS-70 grade, authenticated by NGC, one of the top grading services in the industry. These certified Silver Libertad coins graded by NGC offer each coin in a plastic holder, with a label featuring the grade of the coin.