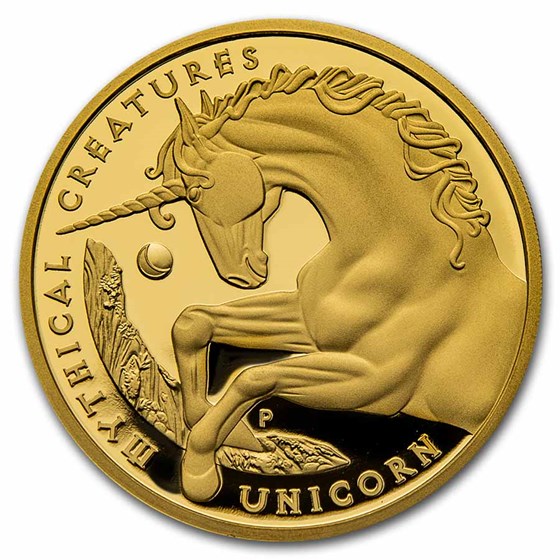 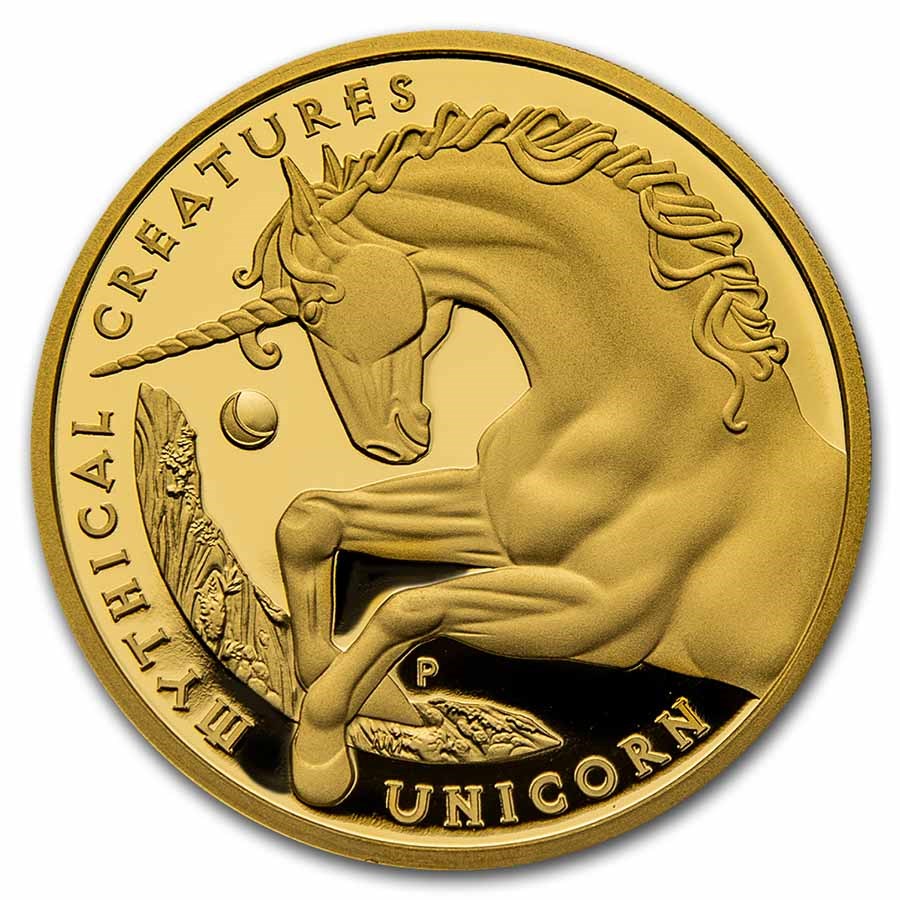 Your purchase will match the quality of the product shown.
Product Details
Product Details
Sold out at the mint! This extraordinary 5 oz Gold coin features an enchanting unicorn design and has a limited mintage of only 50 coins!

This exceptional low mintage Proof coin would be a great addition to any coin collection. Add this beautiful 5 oz Gold Mythical Creatures Unicorn coin to your cart today!

Portrayed as a white horse with a single, spiraling horn on its forehead, the unicorn is believed to pass between worlds and is impossible to catch. Its most notable feature became a topic of special interest – those drinking from its horn, it was said, would be immune to disease and poison.

In secular folklore the unicorn became emblematic of purity, morality and chaste love, and from the 15th century was widely used in heraldry. New levels of interest are reflected in modern pop culture. A symbol of magic and miracles, unicorns are universally regarded as beautiful and mysterious, while representing innocence, happiness and hope.