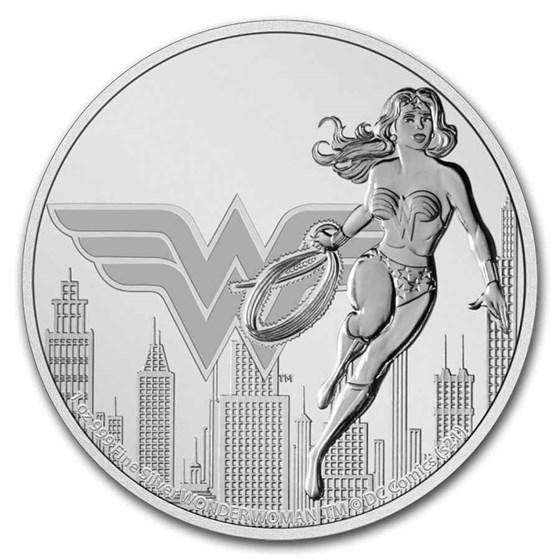 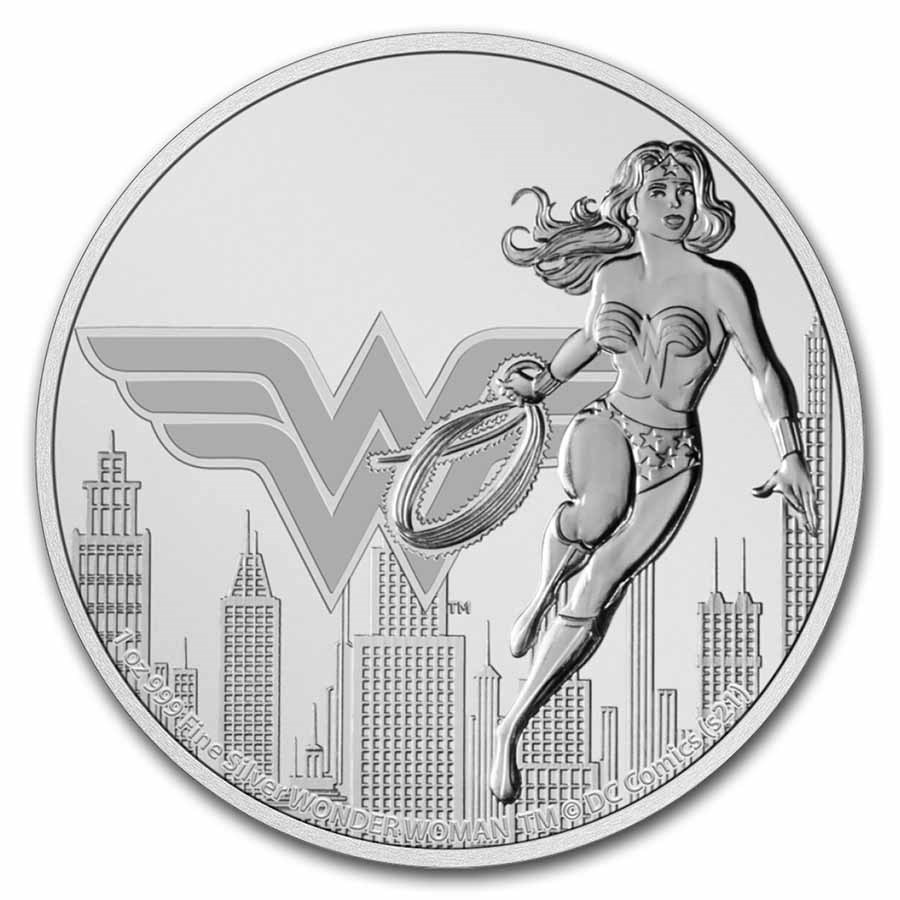 Product Details
Product Details
The Justice League series, exclusively at APMEX, continues with the Amazonian princess herself, Wonder Woman! With a mintage of only 15,000 1 oz Silver coins, this release is an excellent addition to your super hero coin collection!


DC Comics Justice League
The Justice League was a reworking of the Justice Society of America by Gardner Fox, a writer from DC Comics. They originally appeared in the March 1960 DC Comics issue 28, The Brave and the Bold. The original superhero team members were Superman, Batman, Wonder Woman, The Flash, Green Lantern, Aquaman and Martian Manhunter although other superheroes have come and gone over time. In November of 1960 the new superhero team got their own comic book titled "Justice League of America."

Wonder Woman
Wonder Woman first appeared in the 8th issue of All Star Comics published October 21, 1941. She is a founding member of the Justice League and her official title is Princess Diana of Themyscira, an Island of the Amazonian women. Originally the character was sculpted out of clay by her mother and given life and superhuman powers by the Greek gods. More recently this has changed to her being a daughter of Zeus. Created by William Moulton Marston, Wonder Woman derived much inspiration from early feminists.