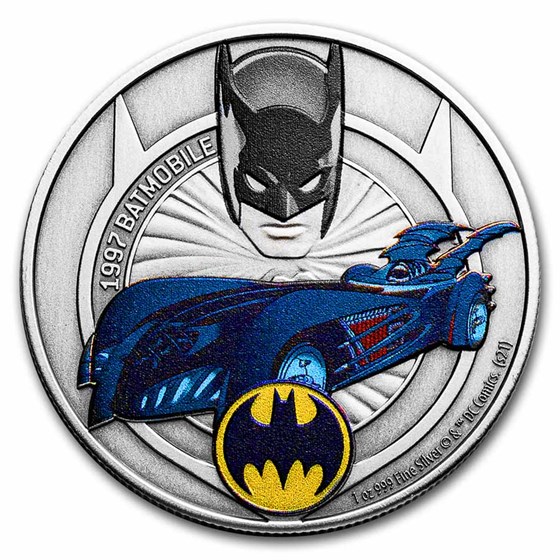 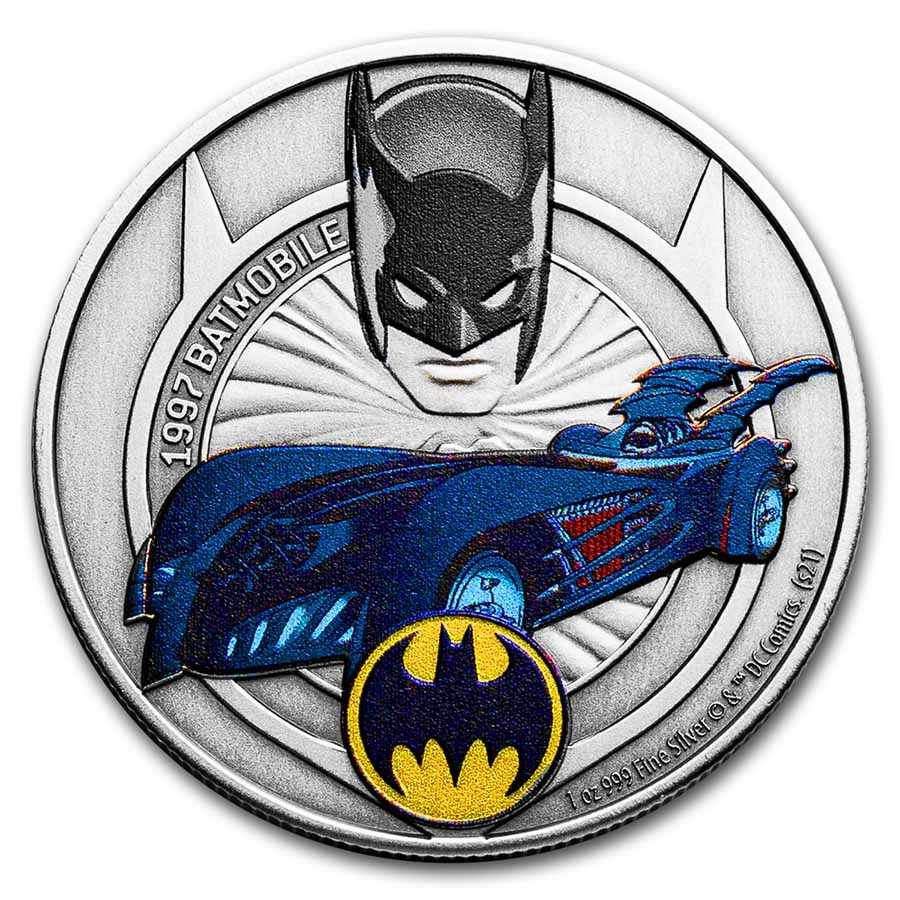 $34.30
Any Quantity
Product Details
Product Details
This coin is the third release in the Batmobile series featuring Batman's famous ride. Coins in this series display the colorized cowl mask, Batman logo and the corresponding Batmobile for each era. This coin represents the 1997 Batman.


These coins are perfect for fans of Batman and his Batmobile. Order today to make sure you get yours, as there are only 2,000 available worldwide for each coin.

The Batmobile
Being a billionaire, Bruce Wayne's Batman can afford the coolest gadgets to help him fight the bad guys. At the forefront of Batman's arsenal is his primary means of transportation, the Batmobile! This armed and armored vehicle, like its owner, is dark as night with an obvious bat motif suitable to nocturnal crime fighting. Whether Batman needs to squeeze down a narrow alleyway, drive up a wall or blast through a barricade, the Batmobile has him covered!