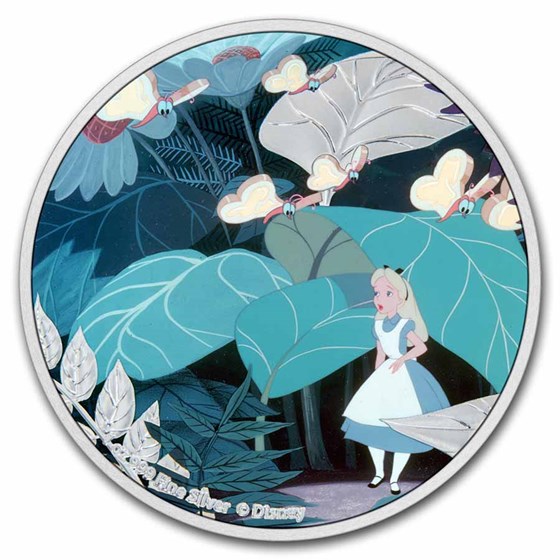 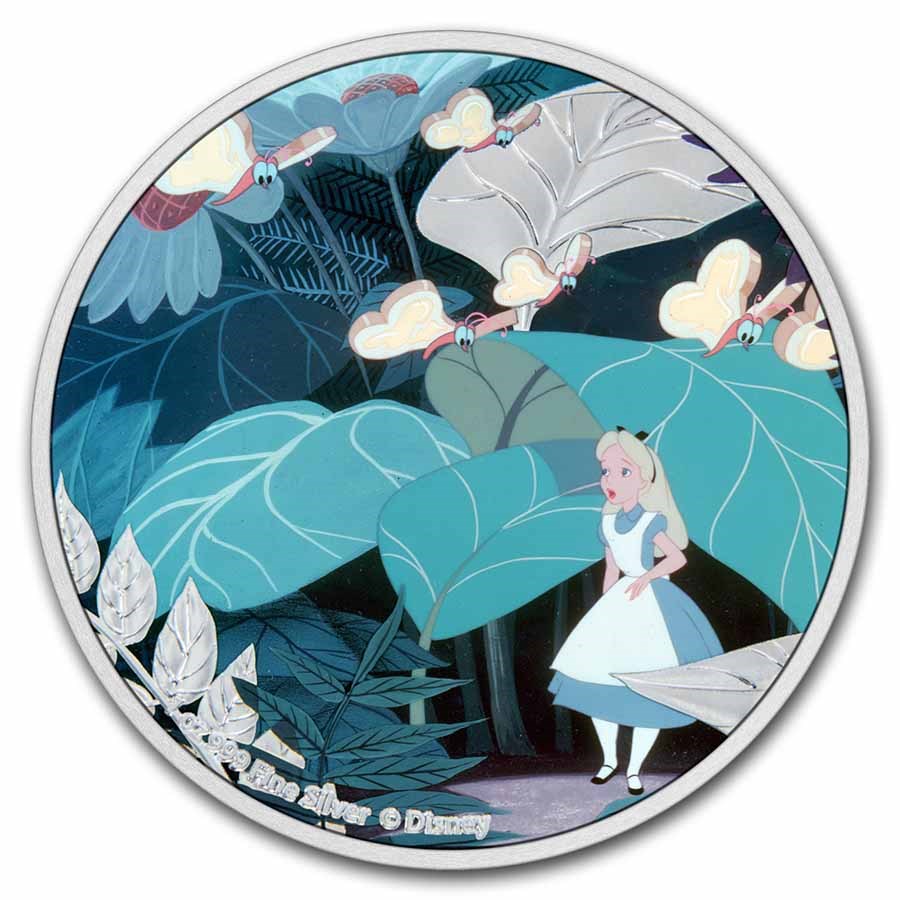 Product Details
Product Details
This delightful 1 oz .999 fine Silver coin commemorates the 1951 Disney movie Alice in Wonderland. The coin depicts a colorized image of a shrunken Alice walking amongst the Bread-and-Butterflies within the fantastical realm of Wonderland.

Coin Highlights:
Handle your coins with care by adding a pair of cotton gloves to your cart.

This coin is the perfect gift for any Disney fan. Buy the 2021 Niue 1 oz Silver $2 Disney Alice in Wonderland coin today!


Alice in Wonderland
This Disney classic is based upon the children's book "Alice's Adventures in Wonderland" by English author Charles Dodgson who went by the pen name Lewis Carroll. Released in 1951, the film follows Alice who, while bored during a history lesson, wonders away and spots a white rabbit in a waistcoat. In her pursuit of the rabbit she falls down the rabbit hole and into the whimsical world of Wonderland. Initially seen as unsuccessful on film, Walt Disney would release it for TV audiences where it became widely successful and would go on to be re-released in theaters to much greater success.