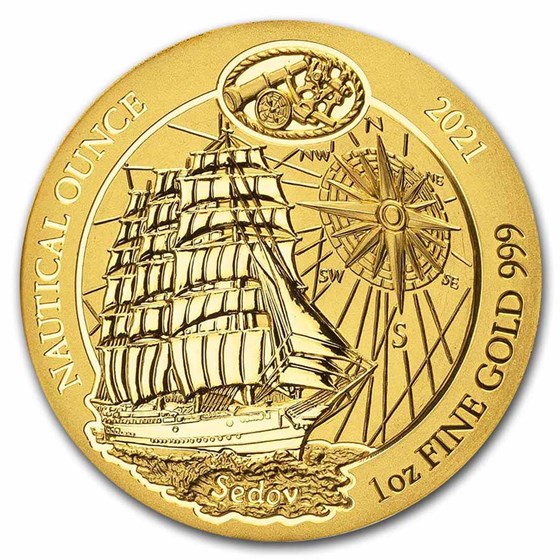 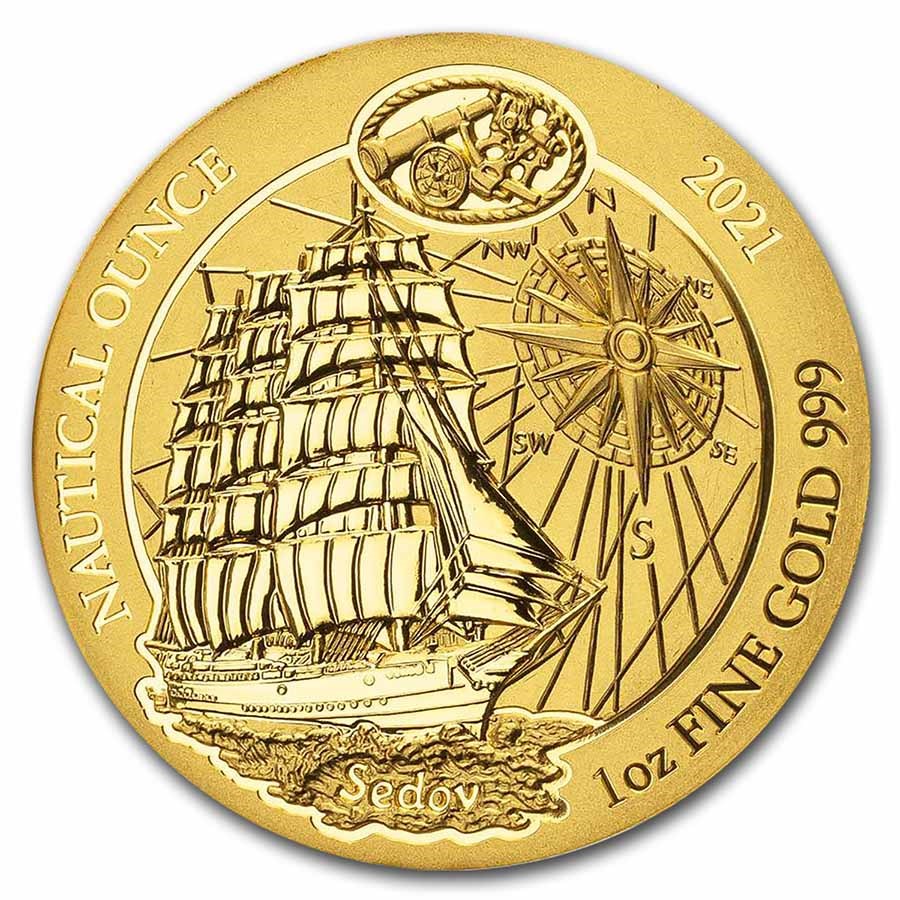 Your purchase will match the quality of the product shown.
Product Details
Product Details
Continuing the great success of the Nautical Ounce series, the 2021 release features the famous four-masted sailing ship, the Sedov.

Coin Highlights:
Protect your Gold Rwanda Nautical Ounce coin in style by adding an attractive display box to your order.

This is the perfect coin for growing any Gold collection. Add this 1 oz Gold Rwanda Nautical Ounce Sedov coin to your cart today!

The Nautical Ounce series has become a favorite among collectors around the world, known for its limited mintages and wide selection of options for every release. This release continues with an extremely limited mintage Gold option as well as four unique Silver iterations of various finishes and mintages.