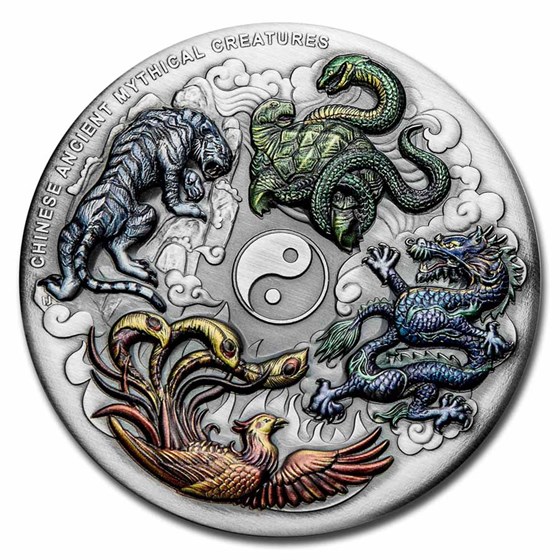 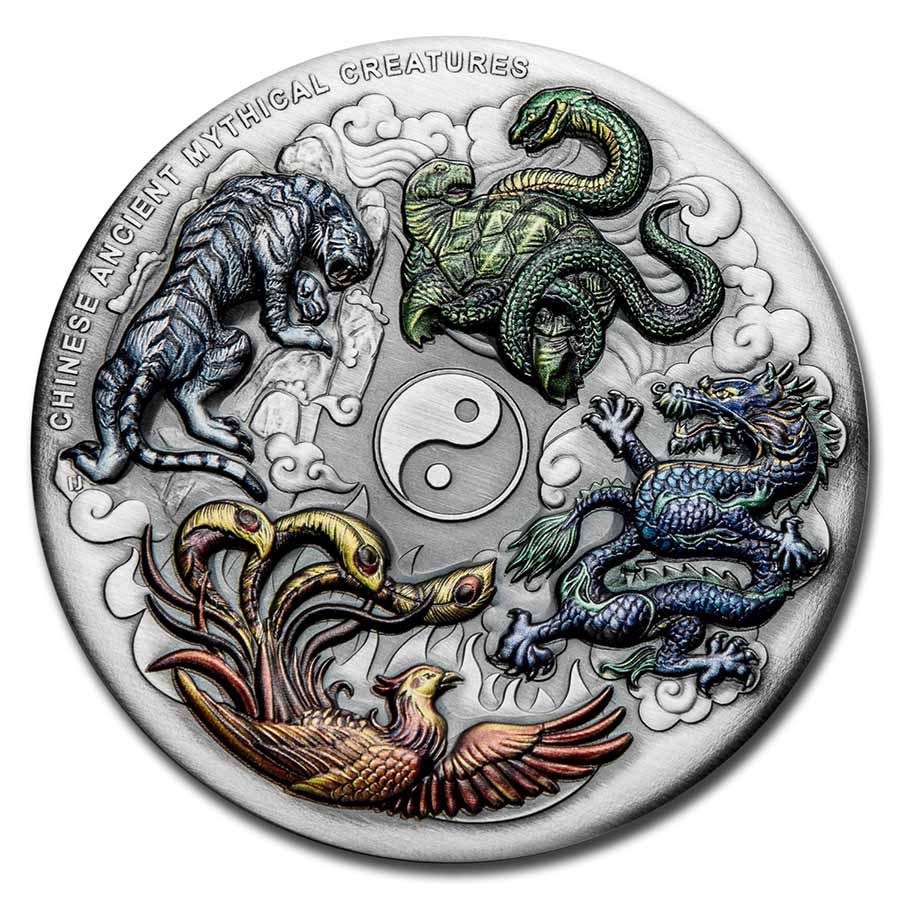 $25.87
As Low As
Product Details
Product Details
According to ancient Chinese mythology, the universe was divided into four quadrants marking the beginning and end of the winter and summer solstices, and the autumn and spring equinoxes.

These heavenly quadrants were known as the ‘Four Celestial Palaces’, with each palace represented by a guardian animal with a corresponding color, element and virtue.

Coin Highlights:
To avoid finger prints, add these cotton gloves to your order.

The Blue Dragon
The dragon is considered to be a symbol of supreme power. Although fearsome and frightening, the dragon is also believed to be benevolent, just, and the bringer of wealth and good fortune. The dragon represents spring, wood, and the east, the color blue, and propriety.

The White Tiger
The white tiger represents autumn, metal, and the west, and is said to be a fierce protector with the power to exorcise evil spirits and grant a good harvest. Representing the color white, the tiger is believed to be the king of all animals and the lord of the mountains. The tiger is also believed to be the bringer of wealth and symbolic of a good marriage.

The Red Phoenix
The auspicious phoenix represents summer and the south, the color red, fire and knowledge. Appearing in times of good fortune, the phoenix is symbolic of resurrection and immortality, and is believed to bring happiness to people.

The Black Tortoise
Representing winter, water, and the north, the black tortoise symbolizes longevity, wisdom, knowledge, and reproduction. The tortoise is also considered to be the God of water. The ancient Chinese believed there were no male tortoises, and so the females were forced to mate with snakes. As a result, the tortoise is commonly portrayed in an embrace with a snake.